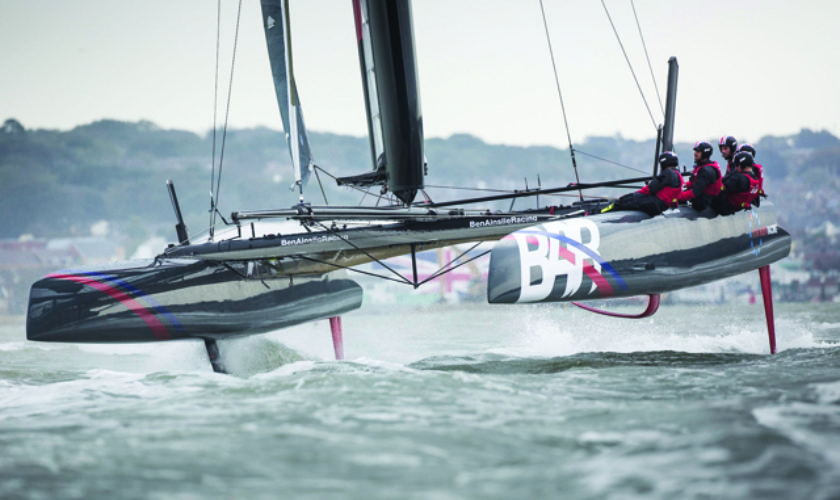 What is the America’s Cup?

The America’s Cup is the oldest international sporting trophy in the world and the pinnacle of yacht racing. The winner of the trophy is determined through a series of one-on-one match races between the holders of the cup, the defender, and a challenger.

The first race was held in 1851 when a radical looking schooner named America crossed the Atlantic to face the British in a series of yacht races around the Isle of White. With Queen Victoria looking on, America blew away the competition with ease. It would take 132 years for a European team to beat the Americans, during which time the America’s Cup was transformed into one of the toughest competitions in all of sport.

Similar to Formula One, winning requires teams to harness the twin forces of cutting-edge technology and unparalleled tactical moves, resulting in one of the most spectacular competitions ever to grace the international sporting stage.

Besides the United States, the only countries that have won the America’s Cup are Australia, New Zealand and Switzerland. In 1983, the US was defeated for the first time by Australia, but won back the cup in 1987 before losing it again to New Zealand in 1995, which in turn lost to Switzerland in 2003. The US team, funded mainly by Oracle Corporation founder and CEO Larry Ellison, won back the America’s Cup in 2010 and successfully defended the trophy in 2013 in one of the greatest come-back victories in all of sport.

The right to challenge Oracle in the 2017 America’s Cup will be awarded to the team that wins the 2017 Louis Vuitton Cup, a precursor series to the championship. The racing teams are named for their countries or by their principal sponsors. Potential contestants for the 2017 Louis Vuitton Cup are: Artemis Racing of Sweden (the team’s owner, a Swedish oil magnate and avid sailor, likes the Greek goddess); Emirates Team New Zealand (sponsored by Emirates airline); and Luna Rossa Challenge of Italy (sponsored by Prada).

What can you expect to see?

One of the most unique aspects of the America’s Cup involves the rules of the game, which are decided by the winning team. Since Oracle Team USA has won the last two competitions, in 2010 team owner Ellison got to choose the next location and type of vessel to race.

The billionaire set an unprecedented, technological challenge for the 2013 Louis Vuitton Cup by debuting a 72-foot-long catamaran with a carbon-fibre wing sail that can reach speeds of up to 50mph. Widely recognised as the fastest sailboat ever made, the AC72 looked terrific on television compared to mono-hull boats of the past, attracting a much wider audience than ever before.

With a price tag around $8 million, the AC72 is complex and expensive, discouraging several potential contestants and sponsors. And that $8 million is only a fraction of the budget required to operate an America’s Cup team, which will run around $100 million. The consequences of sailing the AC72 can also prove to be fatal.

In the preliminary stages of the America’s Cup World Series, held in San Francisco in the fall of 2012, the US and seven competing countries sailed AC45s, 45-foot catamarans identical to the AC72. But four countries bowed out of the competition after realising that building, fine-tuning and powering their own AC72s for the contest’s next stages would require too much effort and expense.