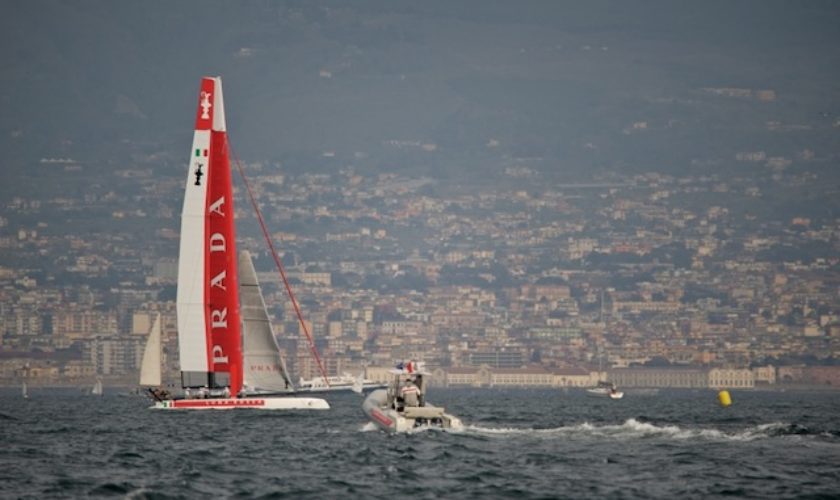 A Landlubber’s Guide to the latest America’s Cup controversy

The announcement by Prada fashion house boss Patrizio Bertelli that he will be pulling Italy and his Luna Rossa sailing team out of the 2017 America’s Cup has triggered serious concerns over the future of the America’s Cup’s most prominent competitors.

The controversy began after a majority of America’s Cup participants decided late last March to change the rules for the 35th America’s Cup (AC35) in Bermuda, including the introduction of a new boat, most likely a 48-foot foiling catamaran, in place of the 62-foot design.

Bertelli is annoyed because he’s spent tens of millions of Euros developing a new 62-foot boat, only to be told that investment was all for naught. If the America’s Cup was the sailing equivalent of Formula 1, the recent rule changes are making it look increasingly like NASCAR. Team Oracle is attempting to level the playing field, allowing teams with smaller budgets to compete with the giants of the sport. The result, hopes Oracle boss Larry Ellison, will be a more tightly contested race.

In a seething statement to the media, Luna Rossa said: “Following a careful evaluation of the serious implications of this unprecedented initiative, Team Luna Rossa confirms that it will withdraw from the 35th America’s Cup.

“This is an attempt to introduce boats that are substantially monotypes and in total contrast with the ultra-centennial tradition of the America’s Cup, not to mention a two-month extension period to introduce further modifications to the rules, decided by the majority.

“All of the above contributes to a lack of credibility and uncertain technical grounds for what should instead be the most sophisticated sailing competition in the world.”

While the majority of participants voted in favour of the change in rules, including Britain’s BAR challenge led by Sir Ben Ainslie, it has also put the participation of Team New Zealand in jeopardy.

The French challenge also voted in favour of the changes, but as of press time have been unable to find funding for 2017, leaving only Britain and Sweden’s Artemis Challenge in the running to challenge cup-holders Team Oracle.

With the late entry of Japan expected to be announced next week, the organising America’s Cup Event Authority hopes that the introduction of a supposedly cheaper to build and run boat could even entice other late challengers.

With no Luna Rossa, and the participation of Team New Zealand in serious doubt, fans of the sport are up in arms over the potential loss of the event’s most competitive teams, calling the rule changes “a disgrace” to the sport.

Indeed, the history of the America’s Cup has never been about producing a close competition. Like in Formula 1, winning the Auld Mug has depended largely on technological achievements in boat design. The recent rule changes are presumed to limit the ability of big budget teams to blow smaller competitors out of the water with technology alone, a move purists view as the antithesis to the spirit of the cup.

“We are very sorry to hear the disappointing news regarding Luna Rossa’s future in the America’s Cup,” said Ben Ainslie. “They have been great participants in the Cup over the last 15 years, bringing their individual brand of flair, talent and determination.

“BAR stands by the importance of the new ‘AC class rule’, which we see as being critical to creating a future for the America’s Cup whilst continuing the design challenge which is a passion for so many fans of the Cup.”