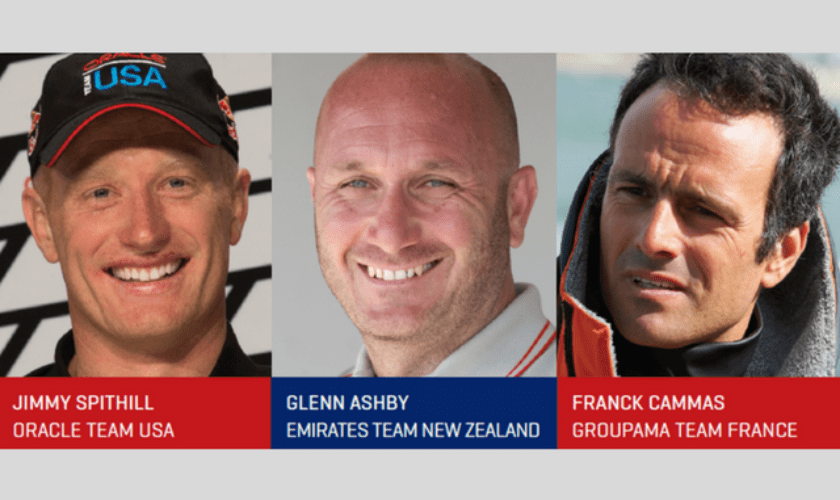 Meet the Skippers: Part I

It didn’t take long before the America’s Cup took notice of Spithill’s prodigious talent. Signed by Young Australia in 2000, he became the youngest ever America’s Cup skipper at just 19-years-old. He’s also the youngest ever winner of the Cup after beating Alinghi in 2010 at just 30 years old. Spithill, now 38, is the two time defending champion and grandmaster of the wing sail, to the point that he took fl ying lessons to learn more about the dynamics of sailing.

Prior to the America’s Cup, Ashby, now 40, spent his sailing career dominating the world in multihulls. At 18-years-old he became the International A-Class catamaran champion on his fi rst ever trip abroad, a title he’d go on to win eight more times.

Despite a late start to his sailing career, 45-year-old Cammas has become one of France’s most revered sailors after winning fi ve Ocean Racing Multihull Association (ORMA) championships between 2000 and 2007. Cammas switched his focus from multihull sailing to single hulls in 2010, and two years later won the prestigious Volvo Ocean Race in his first attempt.