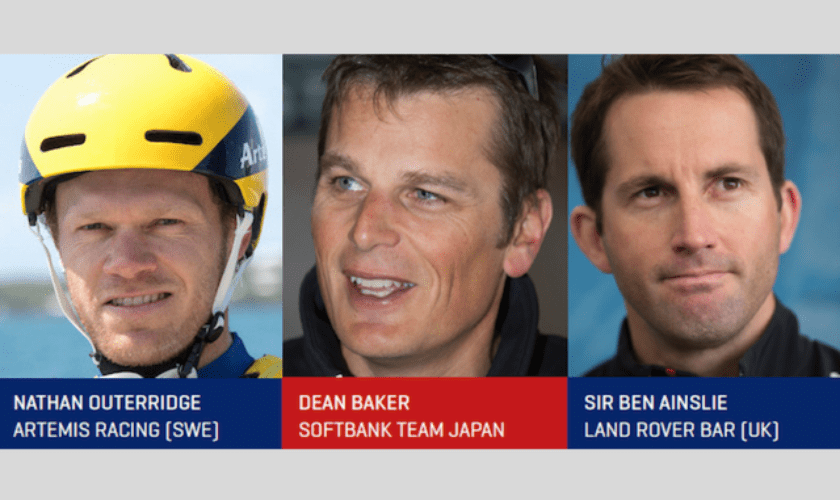 Born in New South Wales, Australia, Nathan started sailing at the age of five. Multiple World Champion in the 49er, Nathan won gold at the London Olympics, and silver at the Rio Olympics alongside teammate Iain Jensen. 2010 Moth Class Euro Champion and International Moth Class World Champion in 2011 and 2014. Nathan joined Artemis Racing as helmsman for the 34th America’s Cup, aged just 27, and now leads the team on the water.

Baker’s list of accomplishments outside the America’s Cup isn’t as impressive as his rivals, but the way in which he earned his place certainly makes up for that. Brought in to Team New Zealand by Sir Russell Coutts, in 1995, Baker made the fivetime America’s Cup champion take notice by holding his own as skipper of the team’s B-Boat, which Coutts trained against in the absence of a defender’s series. After Coutt’s departure from the team, Baker took the helm, and hasn’t looked back
since.

With four gold medals and a silver over the course of five separate Olympics—along with 11 World Championship titles—Ainslie is the most decorated sailor in the fleet by quite a margin. In 2013, he took over as tactician aboard ORACLE Team USA and helped lead the team to eight straight victories in one of the greatest comebacks in sporting history.