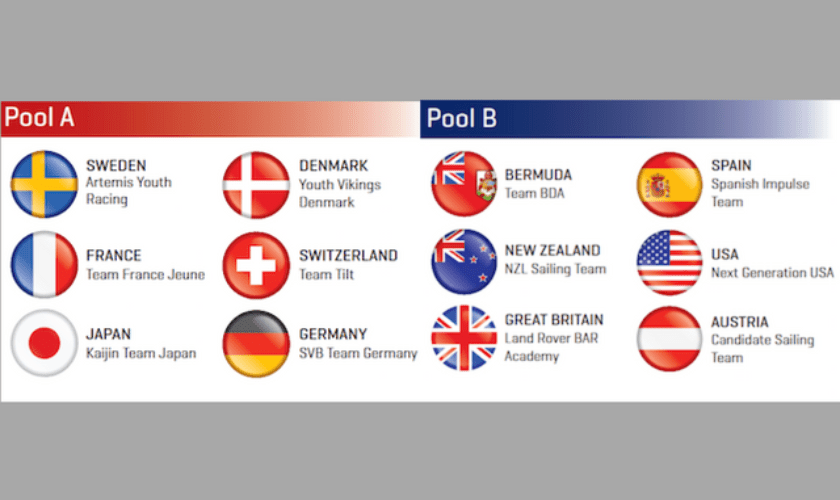 The race format for the Red Bull Youth America’s Cup consists of six teams separated into two pools that were determined by a blind lottery draw earlier this year.

The initial qualifying round will see the two lowest-scoring teams from each pool eliminated.

The top four teams from each group advance onto the Finals where all eight teams will be jockeying for space on the America’s Cup starting line.

“They’ll sail the same racecourse used by the America’s Cup teams, so it’s going to be a big challenge and a great opportunity to learn and prove themselves,” said Sporting Director Roman Hagara.