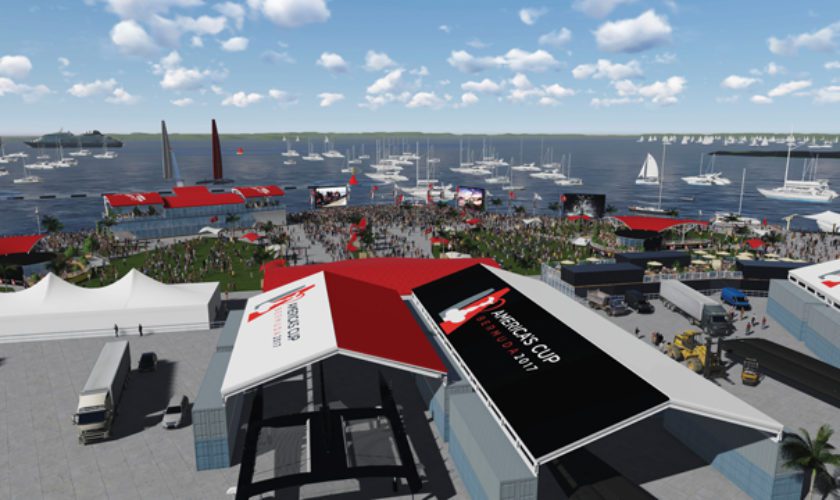 A Landlubbers Guide to the America's Cup: Betting on Bermuda

You have to spend money to make money, right? At least, according to Roman playwright Plautus and every blow-hard entrepreneur that came after him. That’s why the One Bermuda Alliance fought so hard to secure Bermuda as host for the 35th America’s Cup, the most prestigious sporting event in the world of sailing. Our bid promised a minimum investment of $70 million between now and 2017, a promise predicated on the idea that injections of such magnitude on the input will generate even greater economic impact on the output. Spend money, make money. Right?
The answer is complicated, and it appears many Bermudians may not be buying what Plautus is selling. A poll by Profiles of Bermuda found little confidence that the event would benefit everyone, though that sentiment has varied in subsequent polls asking similar questions. But for many, playing host to the 162-year-old regatta is seen as little more than a vanity-fuelled boondoggle, another unprofitable sporting event that will be of little benefit to the majority and of great benefit to the few.
While it’s easy to dismiss that lack of confidence as a product of ignorance, there appears to be good reason for such cynicism. Events of such magnitude are rarely, if ever, profitable for the host city, and in recent years the America’s Cup has done little to distance itself from that precedent. Despite hosting the event back-to-back in 2007 and 2010, the America’s Cup in Valencia, Spain, generated just $1.7 billion in revenue against $4.3 billion of costs, for a total loss of $2.5 billion. The 2013 America’s Cup in San Francisco— one of the most dramatic events in sporting history, let alone the America’s Cup—wound up costing the city $11.5 million in total, according to a 2014 economic impact report.
In that context, trepidation over hosting the event would appear to be well founded. So why should Bermudians believe that the money spent hosting the America’s Cup can be recouped?
For starters, San Francisco’s loss just might be Bermuda’s gain. Among the traditions that make the America’s Cup such a unique event is that the reigning champions get to choose the rules and venue for their title defence. After Team Oracle USA won the trophy in 2010, Oracle boss and the world’s fifth-richest man, Larry Ellison, set an astounding goal for the event in 2013: to make the America’s Cup financially viable.
In pursuing that goal though, Ellison may have set the bar higher than others could reach. The cost of developing a 72-foot foiling catamaran proved too much for the 15 teams poised to compete in the event, leaving just three to duke it out for the win. That meant San Francisco lost out on a great deal of the economic activity, as well as lucrative sponsors like Louis Vuitton which was counting on six teams or more competing. Compounding the pitfalls for San Francisco was the organisers’ ability to deal with the city itself. Environmental groups wasted no time filling lawsuits, while only half of the $32 million in donations that San Francisco thought would be needed to cover its direct costs for putting on the race was raised. Needless to say, Ellison’s bid to make the America’s Cup financially viable has been far from smooth sailing—which is perhaps why Bermuda was such an attractive choice for his title defence in 2017.
The idea behind having huge foiling catamarans was that it would up the “wow factor” for a sport that has historically made for bad television, but also allow for stadium-like seating. Compared to the J-Class America’s Cup boats, a foiling catamaran has very little draft, enabling the races to be held closer to shore. In years gone by, the only fans fortunate enough to watch the race were those with access to a private boat. But the AC72 was prohibitively expensive, so for 2017 the boats have been shrunk to just 48 feet.
While the change in boat size has ruffled the feathers of several America’s Cup purists, the decision appears to have paid off already, with Japan, the United Kingdom, France, New Zealand, Sweden and the USA all having confirmed their entry. That means six teams, consisting of hundreds of individuals each, will be making Bermuda their home between now and 2017, an influx of big spenders that the Potential Economic Impact Assessment of the America’s Cup estimates will generate $242 million in direct spend for Bermuda’s economy as a result.
In the end, Plautus’ platitude that you have to spend money to make money could do with a caveat. The market has to want you to spend that money. And by all appearances, the market is ripe for an America’s Cup in Bermuda. Crowds in San Francisco were thinner than expected, so those expectations have been lowered for 2017. While Bermuda will certainly see an enormous influx of fans for the America’s Cup World Series in October and eventually the finals in 2017, it will be Bermudians themselves that make up the majority of spectators. We stand apart from many other nations with our love of the sport, something that has been duly noted by Oracle sailors, who say they’ve never sailed in a country so enraptured by what they do. We are also situated in a time zone more suitable for TV broadcasting, the rights to which will go a long way in covering our $70 million investment.
Playing host to the America’s Cup is a gamble. With so many moving parts, something is bound to go wrong. But as it stands Bermuda is sitting at the table with a full house. Sure, there are a few hands that could beat us, but if we play our cards right, we could walk away with a whole lot more chips than we went in with. And in the words of the great bard Young Jeezy: scared money don’t make no money.