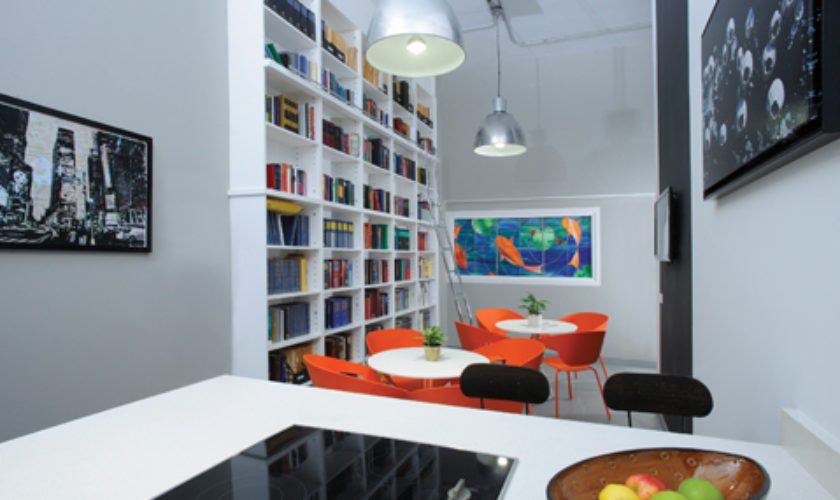 When the synergy between client and architect is both creative and inspired, award-winning projects are born. “[Architect] David Benevides and I clicked from the very beginning,” says Tim Marshall, managing director of Marshall Diel & Myers. 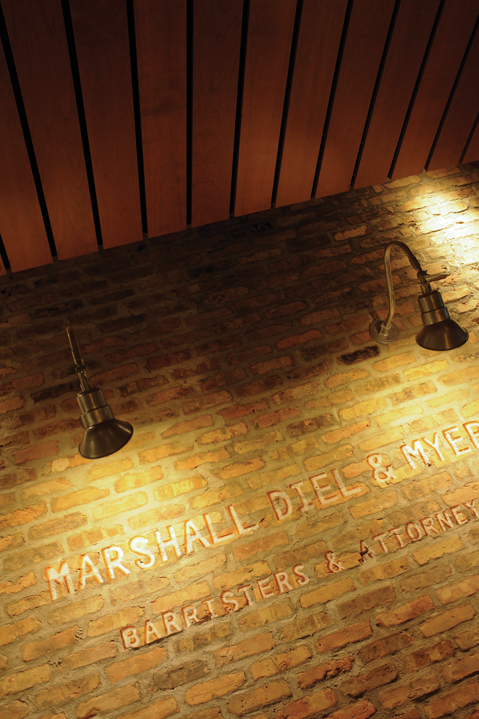 “He understood what I wanted to create, and he and his associate Richard Oldham took the vision, enhanced and perfected the vision with smiles on their faces. I’ll never forget the smiles. We all knew that we were creating something special that was more art than architecture.”

With the lease almost up in the building they were previously renting and a standing long-term interest in their new office building, 31 Reid, Marshall Diel & Myers decided the timing was perfect for a contemporary new office. “With that in mind we decided to renovate 31 Reid and build a unique space that would captivate people’s imagination and inspire everyone at Marshall Diel & Myers to always provide innovative and creative legal solutions,” says Marshall. “The building design reflects our values and our commitment to our staff and clients.” 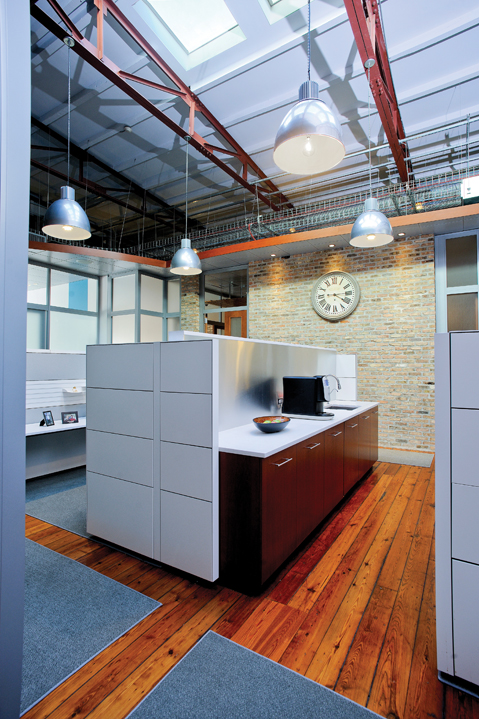 The building, which dates to the 1700s, had gone through several renovations throughout its history, and it created a few challenges for the architect. Some were bad, like termite damage, and some were good, like beautiful hardwood floorboards and interesting steel trusses in the roof.

“The intention was always to capture and highlight the industrial charm of the building, so all the existing architectural elements of the building were utilized,” says Benevides. “In the main office, this included the trusses, brick walls and the hardwood floorboards. But in the modern concrete extension to the rear, the concrete roof was exposed, and all the utility cables, conduits and air-conditioning ducts were shown.” 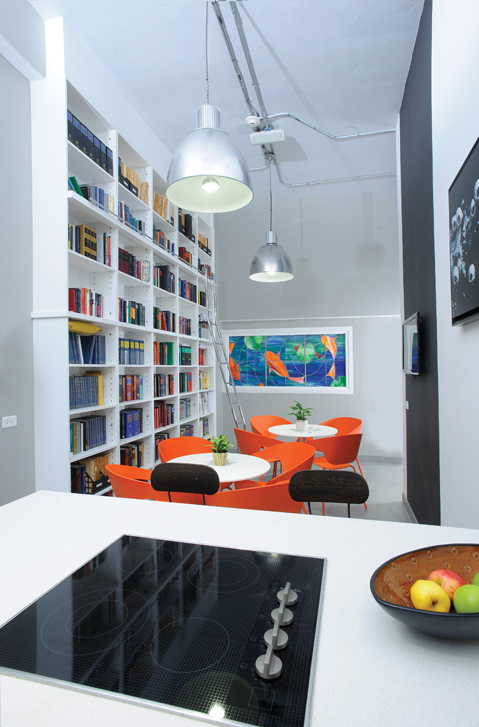 Industrial charm with a contemporary New York loft style is exactly the vision the client had in mind, and the architectural firm Benevides & Associates created it on a tight six-month deadline. With help from Araujo Construction, who Benevides credits for quickly adjusting to the changing demands of the project, Taylor’d Flooring, who restored the original floorboards, and interior decorator Janice Burke of Eye 4 Design, the project quickly came together. It helped that the clients had a clear concept of what they wanted from the beginning.

“We wanted to build a beautiful space in which to practice law that would be welcoming and inspiring,” says Marshall. “A space that had the feel of an art gallery rather than a cold, sterile office space. Months and months of planning went into creating an inspiration book from which the concepts emerged. The vision was to cast aside all previous concepts of office design in Bermuda and build a space that clients and employees of Marshall Diel & Myers would love being in. We selected our interior designer, Janice Burke, because she had never done an office before. We spend so much of our lives working that the space should be as special as one’s home.” 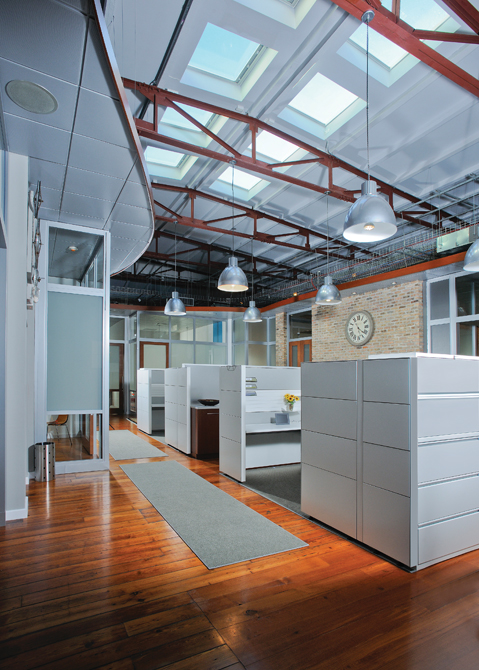 The exterior of the building received a handsome facelift as the architects replaced old windows, replastered and painted the walls and added new architectural details including columns at the corners and molding over the windows. New Georgian balconies were also added on the south elevation.

With the last redesign taking place some 40-odd years ago, the lobby and staircase were desperately in need of a major facelift, too. “The existing stair and entrance had a badly dated 1970s look,” says Benevides. “There was a plain timber handrail and a red carpet that covered the side of the stair. The underside of the stairs had a textured plastered finish. The walls were textured with lined paper. It looked awful.” 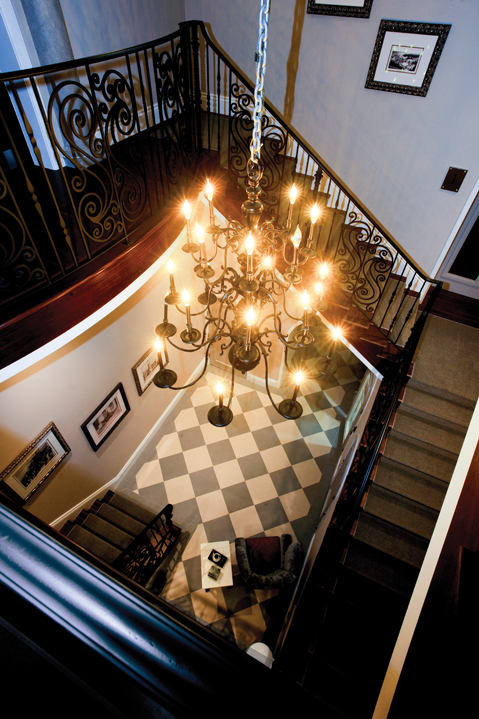 The architect removed the stair carpets and replaced them with elegant mahogany treads. A new decorative metal balustrade was added, and the textured ceiling was covered over. Crown molding and new baseboards were added. The walls were replastered and painted, the floors in the lobby were retiled and beautiful new lighting was installed. Vintage black-and-white Bermuda photographs in contemporary frames add to the old-world charm and allow a gentle transition to the contemporary office space the law firm now occupies.

“The traditional exterior of this centuries-old building was fully restored, and then gradually as you move through the interior, the design moves through elegant eras of time until you arrive into a cutting edge, contemporary space,” adds Marshall. “The transitions are part of the fun of what has been achieved.” 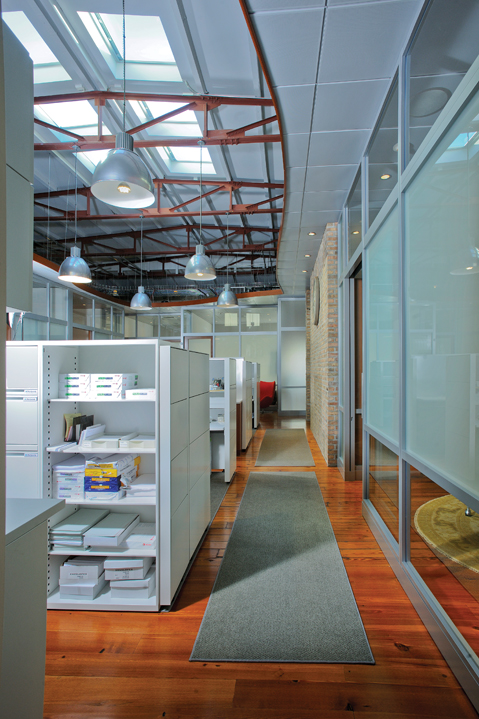 In the main office space, the old, small-room interiors were gutted and the ceiling (and most of the roof) was removed. One of the great discoveries during the renovation was beautiful steel trusses that the architect estimates were added sometime in the 1930s or 1940s. “It was always the intention to have a large central office space with skylights above, but when the roof was opened up and the existing steel trusses discovered, it was agreed to expose the whole roof,” says Benevides. 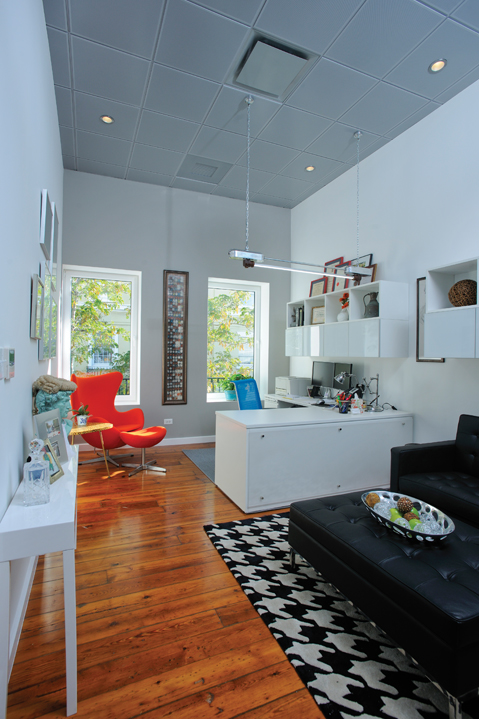 In a celebration of form following function, the majority of utilities in the office—including network cabling, lighting and air-conditioning ducts—were also exposed, while brick and Bermuda-stone walls were left bare, further displaying the industrial charms of the building. Skylights in the roof allow natural light to filter down into the central office space, which includes modern cubicles for the administrative staff and glass-walled offices around the perimeter for the lawyers. Impressive works of art fill the space, including three steel masks from local artist Graham Foster that seemingly watch over the office from above. In keeping with the New York loft theme, several pieces of New York-themed mixed-media works fill the common areas.

“Looking at the outside, it looked like a traditional Bermuda building,” says one of the judges. “I didn’t realize they had made such a dramatic difference on the inside. It was a welcome surprise, and I thought they did a very creative job doing something nontraditional in the workspace.” 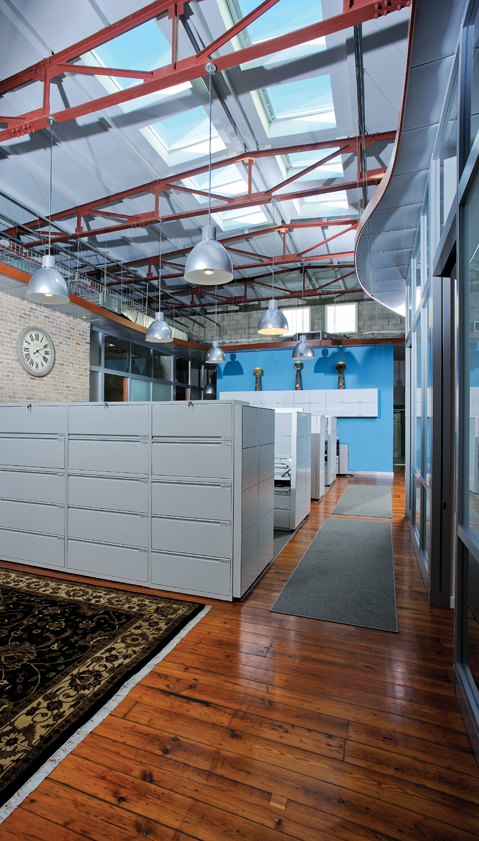 “You can tell that the engineer, architect and interior designer all worked really
well together to create a great project,” states another judge.

“The outcome is breathtaking,” concludes Marshall. “It’s like spending your day in the Metropolitan Museum of Art.” 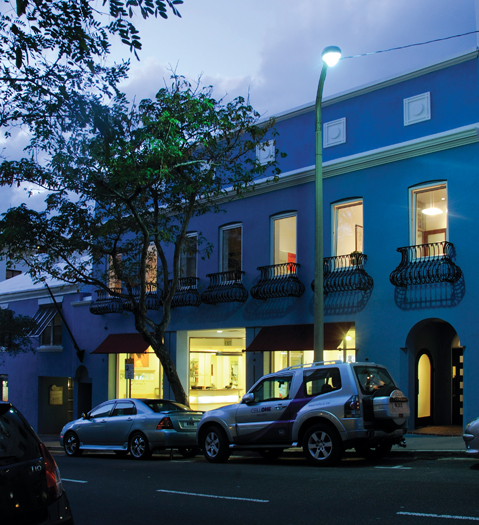 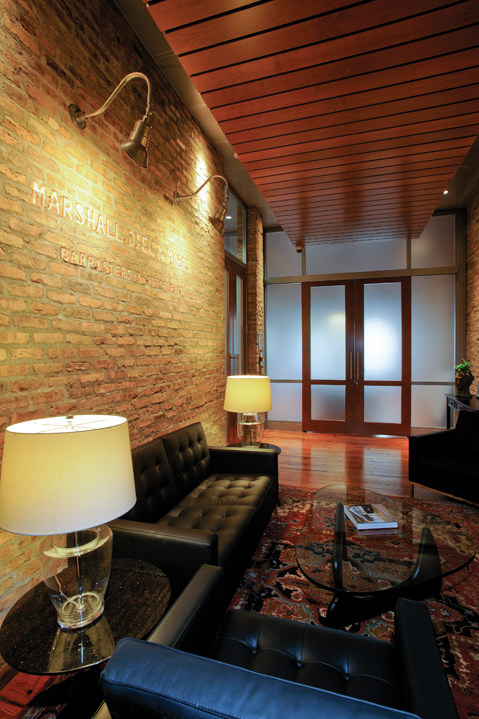 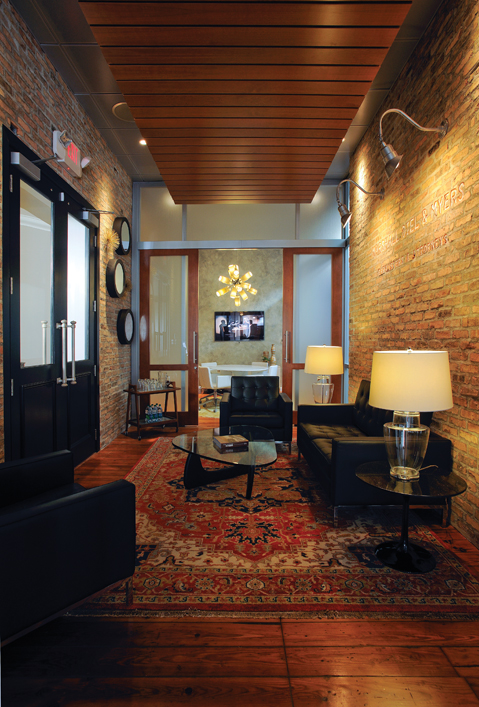 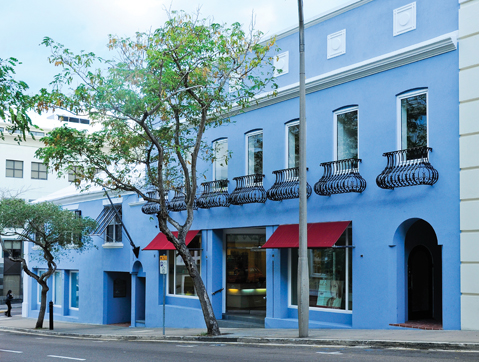