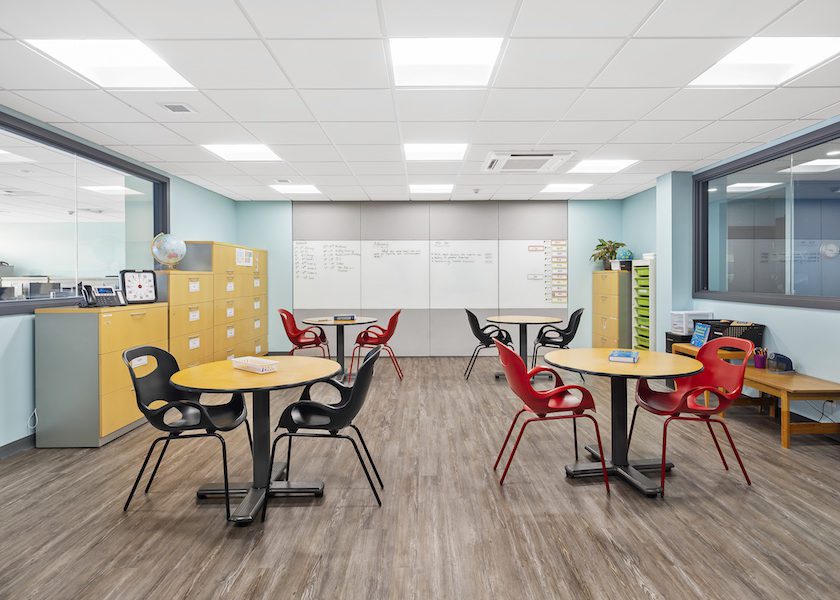 Cindy Corday and her fellow co-founders of the Bermuda Centre for Creative Learning (BCCL) knew they were providing a much-needed service to children who learn differently when they outgrew their first home after only a few short years of operation.

“We started looking elsewhere and the City of Hamilton had lots of pockets of spaces but everything needed to be configured and then we had this gift that walked in the door and it was Vanessa,” says Corday.

On a tight budget, senior interior designer at OBMI Vanessa Bean helped them turn an open, slightly dilapidated former legal office (with remnants of construction lying around) into a colourful, creative, functional, flexible learning environment with a view over Victoria Park for their expanded PE programme. BCCL has 30 pupils aged seven and older, and room for up to 45.
“We measured it out, we moved rooms, we configured it so that we would have home rooms for children by age and developmental skill level and then pockets of small group rooms back there. More so because our students learn by skill level versus their chronological year level,” continues Corday. 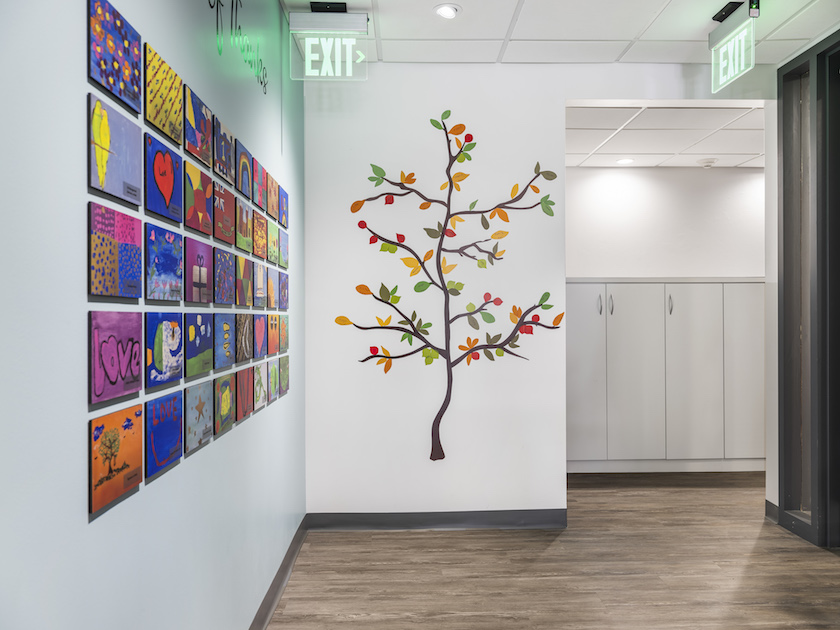 They needed three big spaces, an office and then small group rooms for students to have their English and math lessons. “In addition to the small group lessons, we have speech and language, occupational therapy, the reading clinic’s ‘ICAN Math’ and reading programmes. All that’s happening throughout the school day. We needed lots of rooms for that to happen and Vanessa was amazing because she said: ‘Think about multi-purpose and how’s this going to work if this changes?’”

At the Victoria Park end of the space is a large room with a bright purple moveable wall, which can be used as a smaller space for workshops and is opened up for yoga classes. The large window makes the room light and the proximity to and view of the park gives the school an important “indoor outdoor connection.” 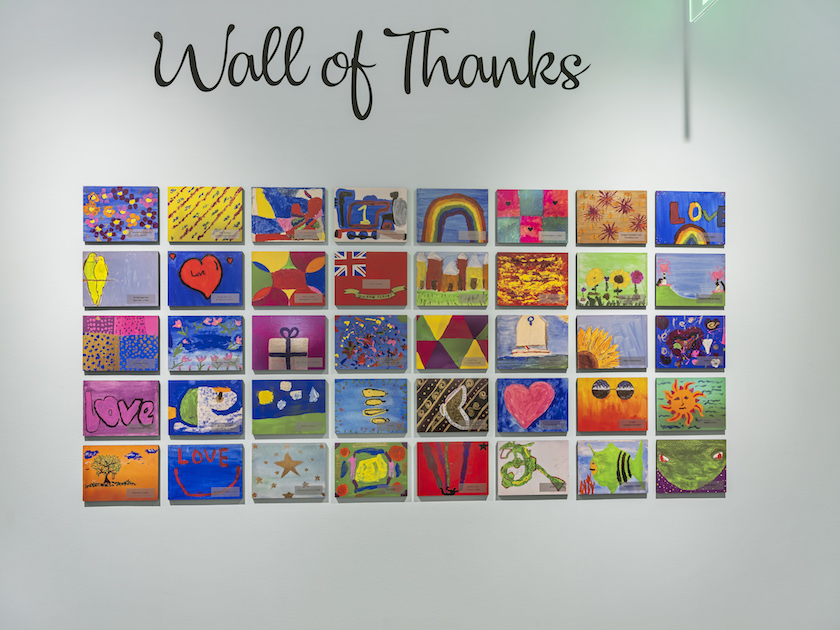 Adding to the colour and brightness are creations by the children themselves. You are greeted by a Wall of Thanks mural as you enter the school. “Each student painted a panel and then Signworx makes them into PVC tile and then they take the original home,” explains Bean. “Each student feels really grateful that someone has contributed to the school.”

The splashback above the sinks, which are conveniently located close to the front door for handwashing after playing outside, are mosaic tiles also created by the children and based upon the designs of the anonymous French street artist Invader.

Bean was mindful of trying to repurpose and recycle, and certain walls, doors and furniture came from Hamilton Re and Partner Re offices after refurbishments. A brightly coloured teaching kitchen was also donated by a couple who wanted a new kitchen in their home. 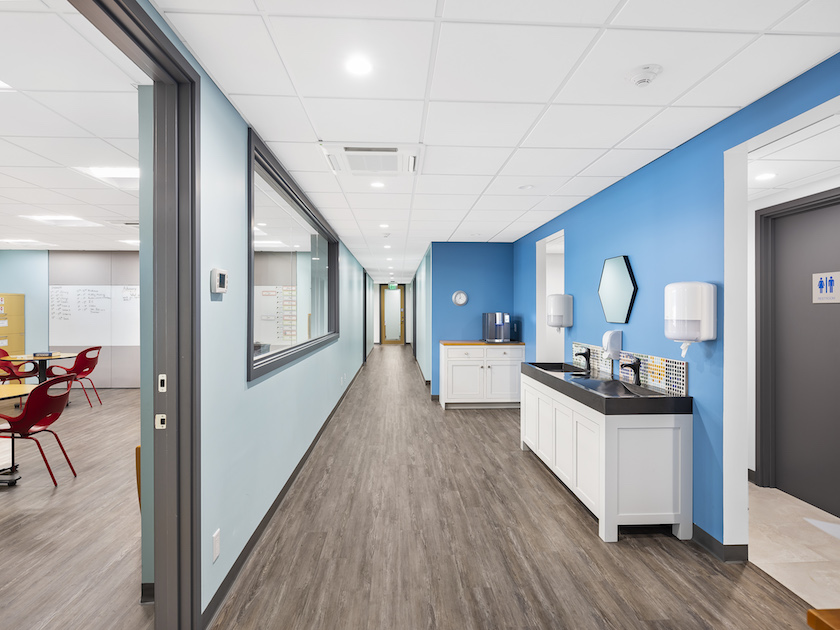 Safety was a priority so Bean worked with SCARS and included safety features in the designs such as long glass panels in the doors. “The space was created exactly as they wanted and it was what they needed,” say the judges. “Looking at the kids, you could see it was working.”