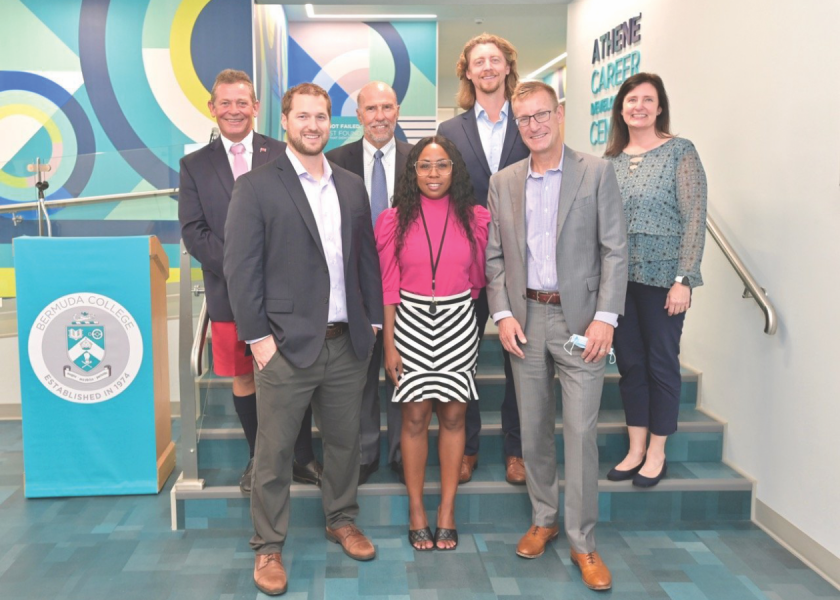 The Bermudian is proud to partner with the Association of Bermuda International Companies in presenting the inaugural ABIC Community Engagement Award. The newly created award honours excellence in corporate citizenship and is presented annually to ABIC members that demonstrate a strong commitment to corporate volunteerism in the community and whose leaders are actively engaged in supporting and expanding those efforts.

Our panel of judges was highly impressed with the community reach and impact of philanthropic efforts submitted for consideration by all entrants, with one judge acknowledging, “You’re all winners!” Congratulations to this year’s award recipients, and a huge thank you to our judges for their time and deliberations.

Despite being a new company, Relm’s philanthropy is already broad and varied, with a goal to support our community, environment and people. In the past year they have sponsored St. George’s Cricket Club during Cup Match, participated in the Bermuda Sloop Foundation’s “Walk the Plank” fundraiser, supported We Bleed Bermuda giveaways, participated in an environmental cleanup of Clarence Cove, and much more. As one judge accurately summed up: “It’s a lot of charitable giving. No question about it.”

The panel also acknowledged Relm’s passion and enthusiasm for directing its charitable impacts to the things that “really resonate with Bermuda families.” This was evident through their ongoing operational support for Bermuda Cancer and Health, and by volunteering for Relay for Life. Overall, the judges agreed that the impact of this small-but-mighty team extends far beyond its size.

When it comes to “action,” the company encourages its employees to be hands-on and has found immense value in contributing time to volunteering in the community. It has extended support to projects carried out by Bermuda Is Love, such as their community garden and food programme at Hamilton Cathedral, and employees of the company also participated in a blood drive for World Blood Donor Day.

In terms of “giving,” WTW was a sponsor of International Women’s Day 2022 and a silver sponsor for Bermuda Pride. They have also provided financial support to the Family Centre, the Eliza Dolittle Society and the “Each One Reach One” programme by Gina Spence Productions. Additionally, our judges applauded their donation to SCARS and valiant ongoing partnership which will see their staff partake in training courses. Our judges appreciated that the company prides itself on creating long-term relationships with the outreach programmes it has partnered with and makes a concentrated effort to involve its staff in community engagement of all forms.

Notably, Athene partnered with Bermuda College and donated $1.9 million to build (and project-manage) the Athene Career Development Centre, which gives students access to cutting-edge resources and technology. The company also sponsors up to ten students at the college each year, covering all education-related costs. Moreover, the company sponsored the End to End for the fourth consecutive year, donated food and toiletries to families in need through Big Brothers & Big Sisters of Bermuda and organises annual volunteer days with a local charity.  Employees can also choose to contribute directly to charity partners via a payroll deduction each month which is matched by Athene.

Now that the island is emerging from pandemic-related restrictions, the company is looking forward to increasing its charitable activities even more in the year to come. With its four philanthropic pillars and targeted goals, Athene is making an incredible impact on Bermuda’s community. “They’ve crushed it. They’ve nailed it,” applauded one judge.

We recognise the following companies which participated in our first annual ABIC Community Engagement Award.