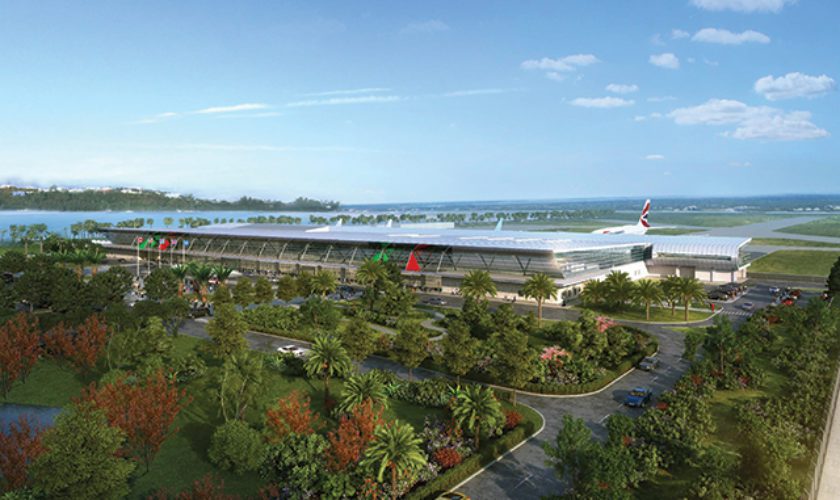 MYTH: The airport will be owned by a Canadian company.

FACT: Bermuda will always retain full ownership of the airport; we are not giving it, or the land it sits upon, away. Under the proposed agreement, Project Co will build the new airport and manage it for a fixed period of 30 years. Project Co will be a Bermudian company owned by investors (international/private and institutional), operated with a majority of Bermudian managers and employees and regulated by a Bermuda government quango.

FACT: Revenues generated by fees levied on users of the airport will go towards constructing the new airport, operating expenses and repaying lenders. More specifically, airport revenues will be used to pay for development, financing and construction of the new terminal and other facilities, airport staff salaries, operations, maintenance, future airport developments and to pay back lenders.

MYTH: The project should have been put out to tender.

FACT: A tender process is long, expensive and offers no guarantees of a bid being received. Internationally, airport projects with fewer than one million passengers don’t typically go out to tender given the high development costs and low level of appeal to that market. Passenger traffic in Bermuda has averaged fewer than 250,000 arrivals per year over the past five years. Bermuda’s collaborative government-to-government effort used the leading-edge knowledge and expertise of the private sector at the earliest stages of project development, and has created a tailormade solution for Bermuda that incorporates many more important elements than a traditionally tendered approach ever could, including a strengthened bilateral relationship with Canada.

MYTH: There are other options that haven’t been considered.

FACT: The government of Bermuda compiled an options analysis to demonstrate the project’s value for money. The other options that have been floated involve substantial investment and/or borrowing for Bermuda. This would increase the national debt or mean Bermuda would be taking on huge financial and construction risks. Historically Bermuda has suffered significant cost overruns on large construction projects procured through traditional means.

FACT: The Bermuda government’s agreement with Canadian Commercial Corporation (CCC) means the amount owed to lenders will not form a part of Bermuda’s national debt. The money for the airport will be provided by lenders, identified by Aecon, who will be paid back by Project Co over the term of the 30-year concession. The new terminal will be paid for by users—not government and will not contribute to the government of Bermuda’s national debt.

MYTH: The airport will still be vulnerable to storms and hurricanes.

FACT: The location and design of the new terminal have been carefully considered in order to maximise protection against storm and hurricanes while using existing elements (such as runways, etc.) to reduce the overall cost of the project. As part of the design phase for the new terminal, a detailed storm surge analysis was undertaken that modelled a 500-year storm and the resultant surge. The location of the new airport will be at the north-western area of the airport land, near Stone Crusher Corner. It will be set further back from the shore line, reducing its vulnerability to storm surges. It will be a raised structure to reduce flooding risk and provide shelter from the elements. The new terminal location combined with raising the ground floor to four metres above sea level dramatically reduces the new terminal’s vulnerability to storm surge.

MYTH: The new airport is not Bermudian looking.

FACT: The new airport design was heavily influenced by consultation with local architects and cultural experts and will feature familiar Bermuda motifs, such as stylised birds, kites, use of colour and vegetation. These will appear in the building exterior, on the canopy and in the outdoor patio area created for the departing passengers. Local materials and artists will be used to offer an authentic Bermudian experience.

MYTH: The airport will create new jobs for expats, not Bermudians.

FACT: Hundreds of construction jobs will be created by this project, with the majority to be filled by Bermudians. Many more long-term jobs will be created in operations, during and after the construction of the new terminal. Where there are shortfalls in skills, training programmes for Bermudians will be developed. Additionally, internships for young Bermudians are being developed, allowing them the opportunity to work with industry leaders like Aecon.

MYTH: If the project overruns or costs more than expected, Bermuda will foot the bill.

FACT: Every contract signed with CCC comes with the assurance of the government of Canada that the contract will be performed in accordance with its terms and conditions. This means CCC and Aecon are obligated to the specifications, budget, and delivery timeline outlined in the contract.

MYTH: There is nothing wrong with the old airport that can’t be fixed.

FACT: It is estimated that to repair the existing facilities adequately the cost would run into the hundreds of millions and would disrupt operations. In the 2006 airport plan, it was estimated that the current airport building would come to the end of its useful life in 2008. Even if we were to refurbish the old terminal, it would still be an old building that continues to deteriorate. Additionally, refurbishing the old building will add to Bermuda’s national debt.

MYTH: The proposed airport could be much smaller.

FACT: Bermuda is committed to delivering the most affordable air terminal possible, which means minimising size where possible, while complying with the required (and regulated) levels of safety and service. For instance, US pre-clearance facilities require separate areas for passenger screening, security, departure lounges, etc., from the same areas provided for international passengers. This duplication of areas is the reason that a smaller terminal design would not meet regulatory safety and service level requirements. The proposed government-to-government approach will allow Bermuda to build a new terminal without adding to the national debt.