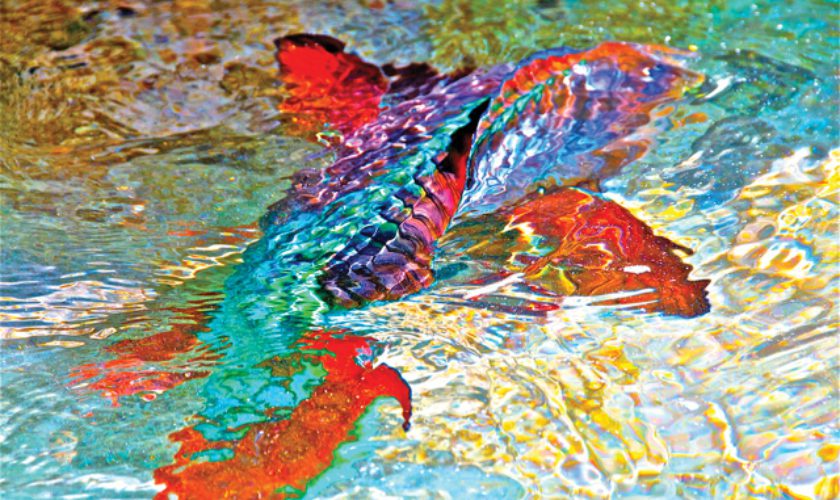 Established in 1980 by the late Susan Curtis, the Windjammer galleries have been synonymous with local art ever since. Revived in 2010, by local artist Sheilagh Head, as Windjammer Gallery II, the gallery’s presence proved to be short-lived after the renovation of the Hamilton Princess.

“I must say, we were quite surprised to be told by the management of the hotel that we were not part of their new look going forward and what they planned on doing with retail in their hotel,” said the gallery’s manager, Danjou Anderson. “Needless to say, we were grateful for the six years that we were there. We had a great relationship with the hotel, and both the Hamilton Princess Hotel & Beach Club and the Windjammer galleries have graciously moved on.”

Thus was born the gallery’s third iteration, Windjammer Gallery III, on the second floor of Bluck’s on Front Street in October 2015.

“We quickly realised after our second opening that the space was simply too small,” said Anderson. “We had to reduce the number of artists we represented and, indeed, we reduced the number of openings as well. Bluck’s had proven, however, to be the perfect location for the rebirth of the gallery. The gallery artists and Gallery One Seventeen remain grateful to Peter for his gracious offer and for putting up with me for 12-plus months!”

The current rebirth has come in the form of Gallery One Seventeen, located at 117 Front Street, just past the cabinet building and the Old Fire Station building. The push to keep the gallery alive has been driven by the need to “showcase these incredibly talented Bermudian artists,” said Anderson. “There was literally nowhere for more than 50 professional Bermudian artists, who had six glorious years being represented by our gallery, to go.”

“We are planning on showcasing, firstly, fine Bermuda art, including some marble and Bermuda cedar sculpture. We will be representing both traditional and expressionist styles. As has been the norm with the Windjammer galleries, we will represent Bermuda’s leading professional artists as well as introduce several new painters in the course of our openings during the season.”

There are currently eight shows scheduled for 2017, including “A Celebration of The Sea”—an exhibition of marine paintings by Stephen J. Card, A.F.N.I. The show will be Card’s first solo exhibition in three years, and will be running June 12–30, 2017, coinciding with the America’s Cup.

In fact, many of the gallery’s shows that year will have a sailing theme in honour of the America’s Cup. “For us at Gallery One Seventeen, [the Bermuda art scene] remains exciting and ever changing,” said Anderson. “[2017 is going to be a] great year to focus on the great outdoors considering the America’s Cup and Bermuda itself. As an art lover and dealer I cannot wait to see what creations will evolve.”