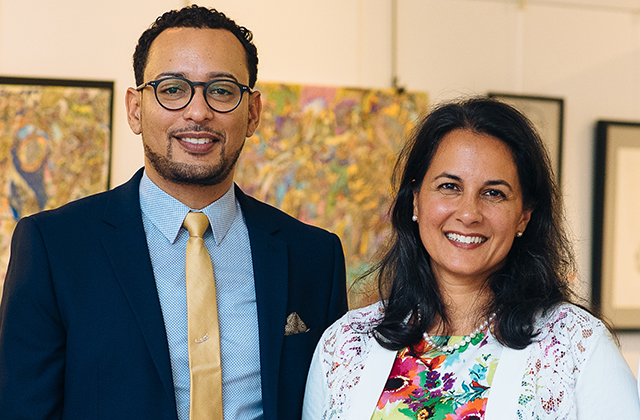 It’s Your Right to Know

Living in the Information Age, Bermuda and the rest of the democratic world have developed heightened expectations as to how much accountability should be afforded to a citizenry by its Government. The advent of game-changing technologies like live-streaming and social media has helped the average citizen feel closer to their politicians, and given voice to those who may have otherwise felt apathetic and “disconnected” from the process. There is a difference, however, between “feeling” engaged and actually being engaged, the latter of which requires complete transparency on the Government’s part, along with a willingness to grant the public access to any and all information that directly or indirectly affects their livelihoods as taxpayers and general citizens.

Since becoming law just over a year ago, the Public Access to Information Act (P.A.T.I.) has offered Bermuda’s people unprecedented access to Government information pertaining to all aspects of civil service, representing a huge victory for democracy at a time when trust in our politicians seems to be faltering. To highlight this milestone, the Information Commissioner’s Office (which reviews appeals from public bodies’ decisions on P.A.T.I. requests) is celebrating International Right To Know Day on September 28th, which promotes transparency on a global scale and encourages citizens to more actively participate in their respective countries’ legislative versions of P.A.T.I. We recently interviewed Information Commissioner Gitanjali Gutierrez for her thoughts on all things P.A.T.I., and how it’s already making a difference in our local landscape.

Since P.A.T.I. was made law, what are some examples of public information requests that have been submitted and granted?

The Information Commissioner’s Office decides application for review (appeals) of the decision by public authorities, so we don’t know the details of all of the requests that are made, especially when a person is happy with the records they have received. But we do speak to a number of individuals who have made requests, and people are receiving many different kinds of information. Some are receiving information about their own employment from human resources records. Some public authorities have released information about their spending and costs, such as how much money was spent on a particular project. People have also received records related to education projects and planning.

What is the I.C.O. doing locally to promote and celebrate International Right To Know Day?

International Right to Know Day is an important global event celebrating a basic pillar of good governance and democracy: the right to be informed about public decision-making and spending. This year we have launched an awareness campaign that primarily targets young people under the age of 35. We are using radio and video advertisements, as well as a social media campaign, to encourage people to ‘Just Ask!’. We have also found that people want a chance to talk one-on-one about their rights. To create this opportunity, we are holding an information table for three days in Washington Mall with our staff. This will give members of the community an opportunity to ask questions and learn how to get public information. You can also answer a question correctly and win a treat!

Our keystone event will be an International Right To Know Day panel on Wednesday, September 28th at 6:00pm in Bermuda College’s Hallet Hall. I will be facilitating a panel with respected advocates discussing the Right to Know by looking at our past and ahead to our future. We will be joined by representatives from Take Back Our Parks, the Ombudsman and the Human Rights Commission. I am also very excited to have Theo Wolffe, Youth Parliamentarian and high school student at Warwick Academy, join us on the panel to give us his thoughts about the landscape ahead. It is so important for us to realise that the potential of the PATI Act’s ability to promote good governance and accountability may only be fully achieved when the young people who are now growing up with it become our leaders and embrace its practices as a part of the culture of public work.

What is the most challenging aspect of your role as Information Commissioner?

Externally, the biggest challenge is encouraging the cultural change that goes along with the new right to know. Most of our public bodies have operated without expecting that their records will be made public – whether those records are internal emails, maps, memos, reports, photographs, videos, or other electronic or paper documents. It is a bit of a shock to change gears and began to realise that your ‘records’ – everything from post-it notes to assessments to photographs – now belong to the public and may be subject to their scrutiny. The transition from the notion that ‘this is my desk and my office’ to the idea that ‘this is the public’s desk and the public’s office’ can be understandably uncomfortable.

Similarly, the public is still getting used to exercising the new right to know. Politics has gotten very contentious in the last few years, but in our day-to-day interactions, many have been raised to be respectful, and even deferential, to those in authority. Speculating about the reasons for decisions by different public authorities is also a national pastime. It takes a bit of a shift in one’s mindset to take the time, have the courage, and to care enough to go from speculating on social media about different issues to actually going to a public body and submitting a PATI request. We have an opportunity now to become a country that makes decisions based on facts and information instead of speculation and opinions.

What is the main difference in operating a smaller organization like the I.C.O. compared to similar entities in larger jurisdictions?

The difference is one of size and scale, but the nature and quality of the work is the same. In the UK and European Union, some of the ICOs are quite large. It allows them to create separate appeal teams and have entire units dedicated to policy development, education, and so on. We don’t have that luxury, but regardless, an individual in Flatts has the same right to access public information as an individual in Manchester. Our challenge is to ensure that, despite our smaller size, people here have a right equal to the rights of those in other countries. We have done this by looking at the policies and procedures of smaller jurisdictions in the European Union, then scaling those down to fit our micro-office. Our published policies and procedures reflect this process.

The size of the ICO and our jurisdiction also raise a few other differences. The confidentiality of the requester becomes a much more significant issue in a small jurisdiction. It is our position that that anonymous requests should be permitted, like in the Cayman Islands.

Over time, I hope to see the PATI Act become a routine and well-used tool for people living in our democracy. It will be similar to the right to vote: everyone knows about it, it is easy to use, and is viewed as a basic tool for democracy. Making a PATI request will become a normal part of public life, just like voting.

The ICO’s role is crucial to this process. We exercise independent oversight of the pub
lic authorities’ compliance with the act, and engage in enforcement to protect the rights contained therein. Over time, as the Information Commissioner’s decisions are issued, the public and public authorities will gain a clearer understanding of when records should be released and when they may be properly withheld under the PATI Act. During these initial years, we won’t be evolving as much as the ICO will be ‘establishing’.

What steps does the I.C.O. take to maintain political neutrality when working with the Government of the day?

Two primary factors preserve the independence and political neutrality of the ICO. Firstly, the PATI Act protects the independence of the Information Commissioner. Under the law, the Information Commissioner is not subject to the direction or control of any other person or authority. This is the same level of independence as the Auditor General and Ombudsman. It means that a Minister cannot direct or influence any aspect of our work.  We are a fully independent office with respect to our decision-making.

Second, we have implemented and continue to implement published policies and procedures that protect our independence and integrity. Our aim is that the ICO will conduct the same quality of investigation and reach the same accuracy in our decision-making regardless of the Government of the day, the individuals or public authorities involved and the ICO staff working the investigation. We achieve this by standardising our investigation approach and ensuring that our decision-making and procedures are as transparent as possible.

Importantly, an oversight body like the Information Commissioner is needed regardless of who is in Government. It is a neutral tool, like the right to vote, and helps every public body improve its decision-making and work, regardless of political affiliation.

To what level does Bermuda and the I.C.O. collaborate with international bodies such as the organizers of International Right To Know day?