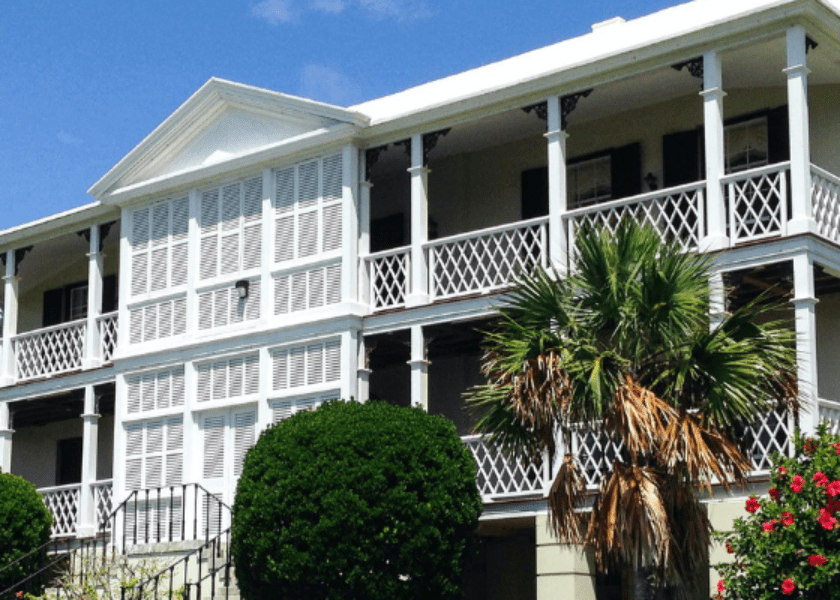 Few Bermudians know that Camden House, the Georgian property that sits overlooking the Botanical Gardens, is the official residence of the premier. Mainly because it lies empty for most of the year,  purchased in the sixties by the Bermuda Government, Camden acts as the backdrop for the premier to host distinguished guests. Its impressive façade and long connection to Bermudian magnates makes it the perfect location for public functions and entertained visiting dignitaries. Margaret Thatcher and Princess Margaret have both dined here!

The History
Camden House was built in 1714. The architectural style of the time is prominently reflected in this Georgian property. The earliest records name Frances Jones as the owner, and he lived there until his death on September 12, 1796. Camden was then acquired by William Durham in 1810 but was sold again in 1823 to the Hon. Henry James Tucker, who became the Mayor of Hamilton from 1851-1870. Tucker began the successful production of arrowroot for export in a factory at the back of the main house. His son, Thomas Tucker, followed his father’s footsteps continuing the arrowroot factory and the trade business. In 1894, Camden and 23 acres of land were sold to Alexander Ewing Tucker. He and his family were the last Tuckers at Camden. Alexander’s cousins, Sir Henry Tucker and his brother Noel Tucker sold it to the Bermuda Government in 1966.

The Home
The view from the open balconies of the upper levels of this Bermudian gem stretches out over manicured gardens all the way to South Shore’s tumbling surf. Step inside, and the interiors display some of the finest examples of Bermudian craftsmanship on the island. The walls are paneled with Bermuda cedar, which is said to have been collected from all nine of Bermuda’s parishes. The panels were constructed over 30 years by cabinet maker Jackson during the mid 1800’s. The dining room table seats 24. Made of Bermuda cedar, it is an impressive display joined by 24 matching cedar plates and chairs. Historic décor of the non-cedar variety also abounds. The William and Mary cushion molded mirror dates back to 1680. Glance upwards in the drawing-room, and a Waterford crystal chandelier winks back at you. The walls are home to a gallery’s worth of paintings provided by the Bermuda Society of Arts. The Masterworks Museum of Art now occupies the space that was the Tucker’s Arrowroot Factory.

You can discover the wonder of Camden with a guided tour, given ordinarily on Tuesdays and Fridays from noon to 4 pm. Admission is free but check in advance by calling 236-5732, as hours may have shifted due to COVID-19.