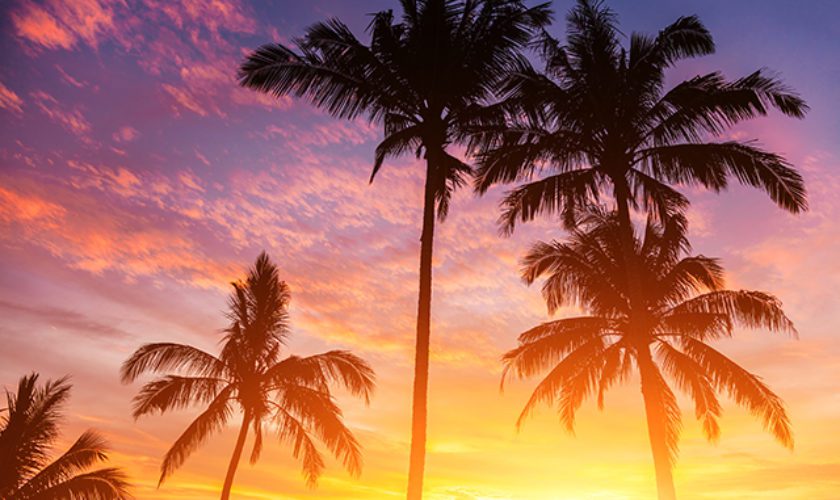 The Bermudian magazine is delighted to introduce the runners up of our highly successful 2016 Short Story & Poetry Contest, themed “Sunrise” featuring photographs submitted by our readers. Congratulations to short story runner up Robyn Bardgett whose story “Franklin’s Rescue” won the hearts of our judges. In the poetry division, Lucas Kessaram was selected as a runner up for his well-crafted poem, “Lament of the Devil’s Isle.” Finally, Nathan Swan received an honourable mention for his compelling short story “Holding Court.” Congratulations to our competition finalists and thanks to all who participated!

I hate it when the clocks go forward.

Mornings are now dark. Well, darker than they were yesterday, and the day before that.

It annoys me that Mom drops us so early to school. We’re THOSE kids. The ones who love school so much they get here at 6.45. Does she really need to get to work at 7 o’clock? She likes going early to avoid traffic but I’m pretty sure it does nothing for her standing at her job. She could show up at 8.59 and manage to get everything that she needs to complete done. She’s that efficient. Even at the expense of her kids’ cool factor. Sometimes I really think she doesn’t love us.

It’s just so dark when I get there the morning after the clocks go forward. I’m standing around in blackness, staring at the wind waking up the trees. I’m normally the first one here (my brother doesn’t count, he goes and sits in the prefect’s room), followed by DJ on the bus at around 7.05. It’s my job to claim the basketball hoop in time for Gregory’s arrival around 7.10. He’s the only one with a basketball that his mother allows him to bring to school. I claim the hoop, he brings the ball; the unwritten rules of the early morning arrival kids. Not the main hoop though, that’s for the Year 10’s. We’re afforded the one on the side; the one with the rotten wood for a backboard and the bar we hang our blazers on. Truthfully, I prefer this one. It’s probably a foot lower. If you saw me next to everyone else in my year (and most likely the year below us as well), you’d understand why I appreciate that.

I keep getting told that my growth spurt will come soon. I’ve stopped believing it. I’ve settled for being the second shortest, beating at least one person in the height game. That is, until Kevin gets his growth spurt and leaves me behind. We’ve all agreed it was his fault that we can’t bring food into homeroom anymore. He’s a disappointment like that.

What’s going to happen next year? I wonder if I’ll be the shortest kid at boarding school. I did recently cross the 5 foot mark so maybe there’s hope for me after all. Who will claim the hoop though? DJ gets here just a bit too late to guarantee anything. Will my year’s early morning crew get promoted to the bigger hoop anyways? Where will they hang their blazers?

DJ’s here now. It’s early so, as always, the conversation is muted. The day doesn’t begin until the basketball arrives. We spend about 20 seconds discussing if either of us has finished Ms. Rogers’ assignment (neither of us have) and then we sit in silence. Sometimes I think DJ is a bit angry with me for deciding to go to boarding school. I explained to him that he may have to claim the basketball hoop when I’m not here anymore. He said he may start taking a later bus.

That first morning after the clocks go forward, It’s always a bit worrying if we’ll have enough light when the basketball DOES arrive. As we sit there, a few of the periphery figures of the early morning gang arrive (Musson, Damien), and the sun seems like it maybe wants to show up soon as well. The Year 10’s have already started playing. I watch as their ball bounces with reckless abandon into the grass behind their territory. They’re such amateurs. You can’t let the ball go AWOL on you this early in the morning routine. Not at their hoop, with it’s dew-filled backyard. The rest of their hours before the first bell will now be spent with a muddy, wet basketball. Yet another reason to appreciate our hoop, behind which there is only a tree, dry dirt (sans grass), and exposed roots that we trip over and stub our toes on.

I wonder if I’ll get to play much basketball when I’m at boarding school next year. I know there’s no outdoor court. When the clocks go forward in Canada, it’ll probably be so cold that I wont want to be anywhere near the outdoors anyway. I’ve heard that the sun does stupid things up there during the winter months. Things like setting at 4.30 in the afternoon. That’s almost as bad as it deciding to show up at 7.30 in the morning here. It’ll be a trade-off to get that extra hour of sunlight at the end of the day in exchange for an hour less during a belated sunrise. So much is changing, I don’t know if I can deal with it all.

I find myself staring at the gates of the school begging to see Mrs. Suter’s blue station wagon pull through. I take a quick look at DJ. He’s playing GameBoy. I’m beginning to think he doesn’t actually like basketball that much. Who is he anymore?