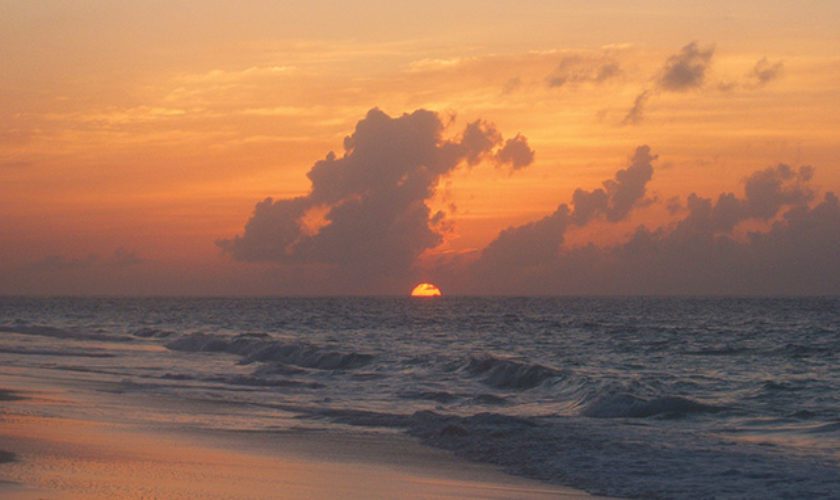 The Bermudian magazine is delighted to introduce the winners of our highly successful 2016 Short Story & Poetry Contest, themed “Sunrise” featuring photographs submitted by our readers. Congratulations to short story winner Nathan Swan whose story “Son Rise” won the hearts of our judges. In the poetry division, Clare Warburton won for her well-crafted poem, “Readiness.” Both Clare and Nathan received a cash prize of $500. Look out for runner-up and honourable mention entries in both the short story and poetry divisions to be posted later this summer!

I don’t know how to begin. I’ve never written a diary before, except for that one time in primary school. Ms. Hassell had recommended we keep one for the summer. I got through six day’s worth.

It is, I admit, somewhat surprising that I’ve carved out a career as a writer after such a delightfully inauspicious beginning.

This time, it was my mother’s idea. She made it clear to me that this new chapter of our lives will go by so fast that it’s important to keep track of it. ‘Memories and moments will get lost in the blur that is life’ she had said. I’m taking her word for it.

It may simply be procrastination, but does the reason really matter? As long as I start it. If I can’t figure out how to complete my book, at least I should be able to start something else; a day, a diary, a life.

Today, my new paper-filled friend, was day one. The first day with our son, Cayden.

I’m not sure how long I stood and watched the two of them this morning. As I leaned against the doorframe of Cayden’s room in that mystic few minutes between nighttime and daytime, I thought about how weird it was to call it that; ‘Cayden’s room’. No longer the spare room, or the guest room or the ‘what are we going to do with that room?’ room.

James didn’t know I was there. He hadn’t gone to sleep, I know. I felt him ease his way out of our bed around 4 am and here it was, now six.

I watched the two of them for almost half an hour in silence, or at least what I hoped was silence. He must have eventually realised I was there but never said a word. Sitting on the floor, one hand silently grasping the bars of the crib, the other propping himself up to a perfect eye level with his new son; his legs spread out in front of him, almost mirroring those of Cayden’s. Cayden played his part; peacefully asleep, oblivious as to what his presence means to us.

James’ legs are so long. I remember them being one of the first things I noticed about him as he fruitlessly tried to dance with the bartender all those years ago. I wondered if, even without any biological connection, Cayden would somehow inherit those legs and, I recall giggling silently as I thought about it, not inherit those dance moves.

That was ages ago now. That first morning, the both of us months into our individual backpacking adventures, we watched the sun calmly drift over the skyscrapers of the muddy Yarra river in Melbourne. I think we both wanted to believe that it was the beginning of many mornings just like that. It was so still and untouched. As light reached the crevices remaining from the previous night, weary and cautious, I found someone next to me who would be a part of my life forever.

This morning was the first one since then holding the same revelation.

It couldn’t have been easy for James. It was no more than 3 weeks after we told his father that Cayden was on his way that he left us. For all their differences, James has carefully told me of how his first memories are of his dad silently opening the blinds each morning to the onrushing streams of sunlight. I duly noticed that James had already done this for Cayden; the wooden slats creating a crescendo of dim light easing their way onto the faces of the loves of my life; father and son for the first time.

(Are diaries meant to be this formal? I truly don’t know. I’m sure we’ll discuss later, Maggie. I’ve decided to call you Maggie by the way. I digress…)

Those quiet rays of early sun fell on Cayden’s face and I was struck by how still he was. James has said that he usually was awake when his father would excuse himself into the muted grey of a sleepy bedroom. I contemplated Cayden being awake right now, in the midst of a morning he will never remember, rising to the sight of his father patiently watching over him.

Eventually, it was time to get to work and I sadly had to leave the scene of happiness. James may have taken maternity leave, I however am on a pretty strict deadline. Less than one month now until print and I still haven’t really figured out how to end this all. Maybe that’s my comeuppance for beginning a final draft without a completed first.

I sat at my desk (who am I kidding, I can’t lie to you Maggie, I write in bed), and imagined the scene one room over. As night slipped into day, at any moment, Cayden would rise with no recollection or concern for his previous life, albeit what little of it there was, and he would begin anew. Just as James and I did nearly 8 years ago now, Cayden was opening a morning of a new chapter.

This time, however, there are three of us; parents and son. However untraditional this all may be, it’s exactly what we’re supposed to be doing. Just like that morning in Australia, this morning felt right; Cayden felt like what our lives had somehow always been missing.

Sitting at my desk (don’t judge me) after all these revelations, I realised it was time to increase the brightness of my laptop. I shifted my eyes from computer screen to bedroom window, and saw just how bright the day had become. I suddenly understood exactly how I was meant to finish this book. It seemed so obvious today after weeks of little to no inspiration and months of waiting and hoping for a miracle.

The sun fully awake, blank pages ready to be written, at around 7.30 this morning, I heard James’ soothing greetings to Cayden; up and ready to be fed.

I could get used to mornings like today’s, Mags.

p.s. ‘Maggie’ has totally has been shortened to ‘Mags’ now. Get used to it.