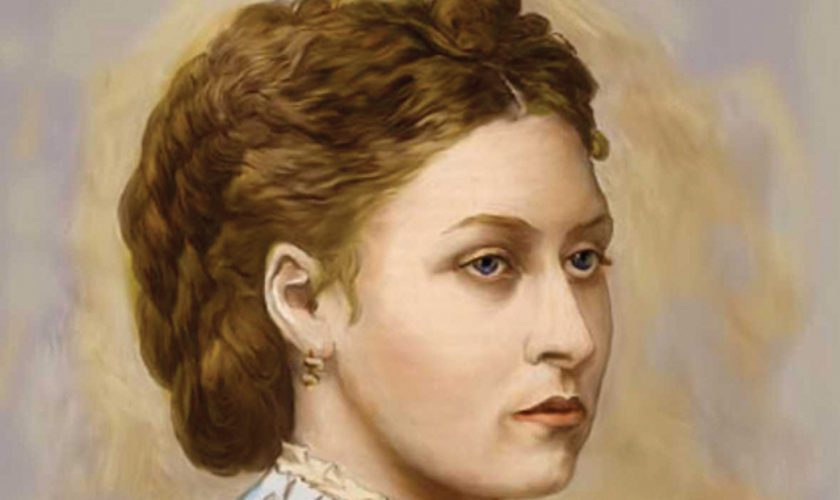 WHEN THE WARSHIP HMS Dido brought Princess Louise to Bermuda in 1883, the international news coverage of the royal visit helped catalyse the development of tourism in Bermuda, which the Princess praised for its “eternal Spring.”

The impressive, well-preserved logbook of the Dido, which includes descriptions of the ship’s preparations for the princess’s voyage; the 21- gun salute as the corvette departed the US port of Charleston, South Carolina; and the “royal salute” fired when the vessel arrived in Bermuda, was recently acquired by Bermuda’s Masterworks Foundation.

“Stopped and made fast to buoy in Grassy Bay,” states the ship’s log entry from 12:15 p.m. on January 29, 1883. “Dressed ship…’Supply’ came alongside and H.R.H. [Her Royal Highness] Princess Louise disembarked. Fired royal salute.”

When the tender “Supply” brought Princess Louise to Hamilton Harbour, she was met by the governor and other dignitaries, and then rode in a carriage that led a procession on Front Street where a large crowd gave “resounding cheers,” according to a contemporary description.*

The handsome HMS Dido logbook, which is bound together with the logs of three other British Navy vessels from 1879-1883, also includes a hand-coloured map of the ship’s voyage with Princess Louise, a seaman’s watercolour painting of a Bermuda sloop, the hand-painted frontispiece for the HMS Dido, and a diagram of the vessel.

During her ten-week visit to Bermuda, Princess Louise stayed at the Inglewood estate of the Trimingham family in Paget. She was feted during the entire visit—with Bermudians erecting elaborate flowered “gates” over the streets and admiring crowds gathering to greet her. The princess was honoured at a garden party at Government House, she toured Dockyard and the barracks in St. George’s, watched a dinghy race in Hamilton Harbour, played tennis at Inglewood and toured old St. George’s and South Shore sites. When she departed Bermuda on April 10th aboard the HMS Tenedos, the guns of Fort Albert fired a royal salute.*

Princess Louise—tall and slim, with brown hair and blue eyes—was the sixth of Queen Victoria’s nine children. She was described as the least conventional and most beautiful of the Queen’s daughters. At the time the princess visited Bermuda, she was married to the Governor General of Canada, John Campbell, Marquess of Lorne. (He later inherited the title Duke of Argyll.)

While rumours of Princess Louise’s intention to visit Bermuda had circulated earlier in January 1883, the exact timing and details were kept secret until a few days before her arrival. The relative secrecy, along with her transport on a British man-of-war, were precautions taken because she and her husband had been the subjects of threats by Irish nationalists (Fenians).

During her time in Bermuda, Princess Louise—an accomplished artist—made sketches and watercolours, some of which are now exhibited at Canada’s National Gallery in Ottawa. Biographies of Princess Louise and contemporary descriptions of her visit indicate that she had a wonderful time in Bermuda. During her visit to St. George—where elaborate decorations included a flower-andseashell-bedecked “Marine Arch” to welcome her—Princess Louise was quoted as saying she would always remember “my sojourn on these Islands in that ‘Eternal Spring which here enamels everything,’ among such a frank and genial people…”

Princess Louise’s visit—widely reported in the New York Times and other international publications—was later credited as catalysing Bermuda’s then-fledgling tourism industry, which came to dominate the economy for decades afterwards. Hers was the first visit to Bermuda by a member of the royal family, and the Hamilton Princess Hotel, opened two years after her visit, was named after Princess Louise.

A Times correspondent wrote in an article headlined “A Nest for the Princess”: “The expectation of the Princess’ coming has done the town of Hamilton a great deal of good…Everyone who owns a roof has had it whitewashed. Nearly every house has been freshly painted, and trees have been trimmed, flagpoles erected, and every flag in the island’s shops has been sold.”

*Descriptions of Princess Louise’s visit are from Bermuda Through the Camera of James B. Heyl, 1868 to 1897, compiled by Edith Stowe Godfrey Heyl, 1951.