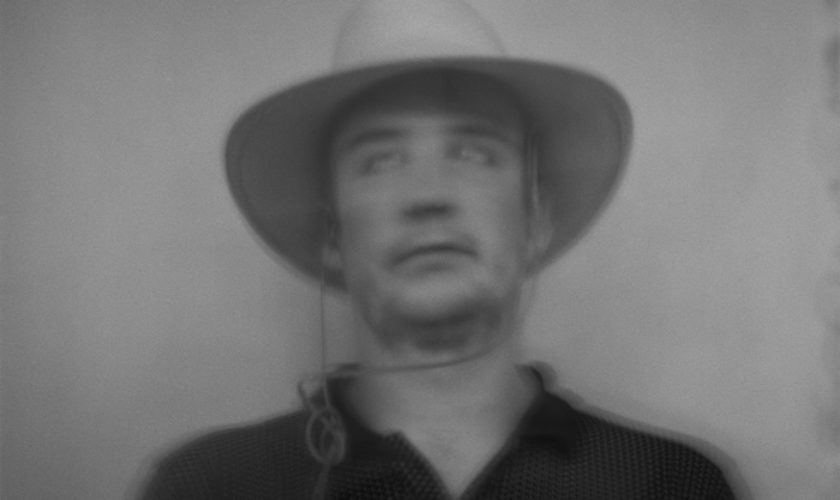 What is your background?

I was born in Peru and grew up in Chile and Panama and Argentina. I first started taking photos as a teenage girl in Buenos Aires with a cheap box camera. After university and art school in the US, I lived in various places, though mainly in New York and London. I now reside permanently in Bermuda. Despite all the moving around, there have been two constants in my life—family and photography. Both are very important to me.

Can you tell us about your upcoming show?

The photographs in the Masterworks exhibition are from an ongoing series called Unreal Portraits, which I started several years ago. There are 14 portraits in the show, though I’ve completed quite a few more than this. The initial idea was to take portraiture, which is a pretty tired genre and has been around for a very long time in visual art, and try something a bit different with it. What I ended up doing was photographing real people and superimposing new identities upon them. I gave instructions to the sitters in terms of posing, and used a few props and costumes and various lighting effects to try and achieve this. I also took care with titling the portraits. I want the viewer to approach each photo and try to briefly imagine the life of the “unreal” character I’ve depicted.

What themes do you pursue in your art?

I’m primarily a night photographer. The nighttime and darkness are for most people cloaked in mystery. You never know exactly what’s out there. Darkness is a bit frightening, but an interesting thing happens when you wander around in the dark—your senses sharpen and you become more alert. This is a good frame of mind in which to take photographs. I hope some of the mystery of the night, some of the eeriness and wonder you experience in a room, say, that’s just a little too dark, or outdoors, with only the moon or stars for light, is captured in my work. I’m not sure this is a “theme” in the sense you mean, but I like photographing at night. I find it visually very rich.

What’s the best piece of advice you’ve been given?

A good friend in college once gave me some useful advice. He told me two things, both very simple. The first thing was that if I wanted to be taken seriously I should start taking photos in a more disciplined way instead of just playing at it. The second thing was that once I start doing this, once I made the commitment, I shouldn’t ever stop. In other words, don’t bother starting if you think you might quit.

Professionally, what is your goal?

To keep working. I really like making pictures, from conceiving of a shot and setting it up to working in a print in the darkroom. I don’t think of it, at least most of the time, as a profession, but more as an intense activity and a good way to spend my time.

If you had a chance to say anything to the world, what would it be?

Turn off all your lights, go outside, and take a good long look at the night sky. The sky is as much your home as the house you live in.

What work of art do you wish you owned?

If money were no object, I’d commission James Turrell, who’s been described as a light and space artist, to create one of his “skyspaces” for me. A Turrell skyspace is a specially designed room with only an aperture in the ceiling that opens directly to the sky. Sometimes there are benches around the perimeter of the room that allow the viewer to sit and stare through the aperture, but otherwise the room is empty—no other furniture, no windows, no lights. It’s a strange and wonderful sensation to see the sky framed in this particular way from inside an enclosed chamber. Turrell has made dozens of these skyspaces for museums and private collections around the world.

If someone wanted to purchase your work or request a commission, how can they best contact you?