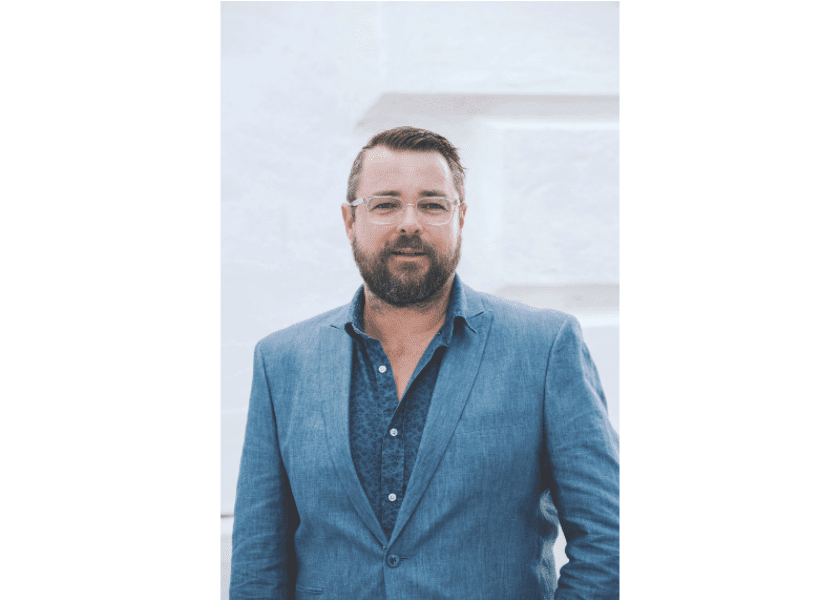 It’s been more than 20 years since Peter Lapsley first got excited about art. Charming and erudite, the 42-year-old Bermudian has lost none of his enthusiasm since that first awakening.

Lapsley is the new executive director of the Bermuda National Gallery, located on the second floor of City Hall & Arts Centre in Hamilton, just steps away from the Bermuda Society of Arts, where he served as gallery director from 2001–06.

“I had a moment at college when I was in a painting class and I thought ‘this evokes something in me that nothing else has touched on’,” he says. “I returned to Bermuda, began photography and painting and exhibited some work at the BSOA when the director’s job came up. I felt I got an undergraduate degree in practical terms working at the BSOA. People were making things, and so I started making things, too.”

Lapsley left Bermuda in 2006 to pursue a master’s degree in fine arts at Parsons School of Design in New York. After graduation in 2008, he operated an art and fabrication design studio, taught at Parsons, City University of New York and the Education Alliance, worked as a project manager at the Brian Tolle and Terence Koh studios, and was employed at Parsons, leaving as academic fabrication facilities manager.

He returned home in 2015 with his wife Andrea Sundt, a Norwegian artist and costume designer whose film credits include Maternal Secrets, the feature directed by Bermudian filmmaker Lucinda Spurling. Lapsley and Sundt have operated the art and design object boutique & Partners, located on Par-la-Ville Road, Hamilton, since 2016.

“Professionally and personally, my time in New York shifted my life entirely,” he says. “Parsons is part of the New School, a liberal university, so I was exposed to points of view, interesting and different ideas, and it broadened my mind and my understanding of the world and the diversity in it.
“In New York, I found a huge community of artists doing an enormous range of work. That community had great unity. I’d love to provide local artists with opportunities to create bonds and relationships with artists from a range of places. I’d like to help them expand their network by holding exhibitions and creating relationships with people. I’d love to help Bermudians make art and show it locally, but also get opportunities overseas as well. I also want to present world-class exhibitions here for the viewers of art. It’s not only about artists, it’s about the wider Bermuda community and creating opportunities for discussion and reflection about art. Ultimately, I want the gallery to engage with as many people as we possibly can—it’s one of the core things we want to do.”

Lapsley is appreciative of the support he has received from an experienced gallery staff that includes Sophie Cressall (curator), Dany Pen (education and communications officer) and Jennifer Phillips (office administrator). “The gallery celebrated its 25th anniversary last year, so there is a lot of information there—and a lot of job to be done,” he says. “Those three have got it down, they’re good at what they do and have been a great support. They have made it easier for me to get settled.

“Our goal at the gallery is to provide the space for people to view art, so they can be educated about it, and for artists to display art,” he says.

“Hopefully, we can create a conversation around it. Art reflects society—the goal is to make interesting work and reflect on where we are. Artists are creative problem-solvers. They don’t always know the questions they’re asking, but they create answers.”