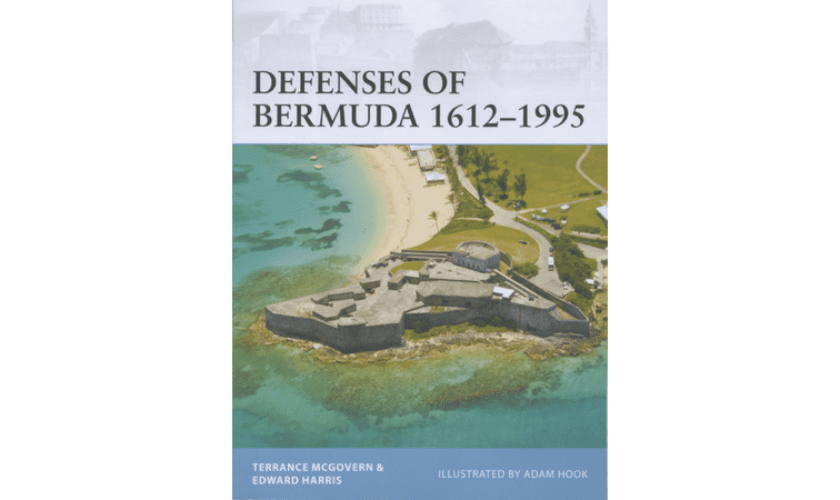 Bermuda’s incredible fortresses and defenses are visited by thousands of tourists and locals each year. Until now, very little information has been widely available about the design, development and operational history of these complex and varied structures. Defenses of Bermuda 1612–1995 is the meticulously researched story of Bermuda’s key fortresses using full-colour photographs, commissioned artwork and unrivaled detail.

For nearly 400 years, Bermuda played a crucial role in American and European military strategy. Due to its location in the western North Atlantic some 600 miles off the Carolinas and halfway between Halifax in Canada and Jamaica in the West Indies, the island of Bermuda was a key naval haven for the Royal Navy over the centuries. It was vital for the Navy first in the development of its American colonies, then during its rivalry with the US and finally as allied with the US. During the twentieth century, Bermuda served as an important link between Europe and America and a key staging point in the battle against German U-boats and raiders in the Atlantic.

The need to defend its 64 miles of coastline and ports has resulted in the construction of about 50 forts from 1617 to 1945, even though its total land mass is only 20.6 square miles. Early forts were carved out of the island’s natural limestone, but as technology increased in the eighteenth and nineteenth centuries, the defenses were professionally built. The seriousness of safeguarding the Bermudan coastline led to over 50 forts constructed between the seventeenth century and 1945.

This new study describes these fortifications in detail and will appeal to visitors, locals and anyone with an interest in Bermuda’s history and Caribbean fortresses.

Terrance McGovern has authored five books and numerous articles on fortifications for Osprey Publishing, and Dr. Edward C. Harris is a well-known Bermudian archaeologist. Harris serves as the long-time executive director of the National Museum of Bermuda and is a frequent contributor to the annual Bermuda Journal of Archeology and Maritime History.

Copies of the book are available for purchase at The Bookmart in Hamilton (35 Front Street) and can also be ordered online through Osprey Publishing and Amazon.