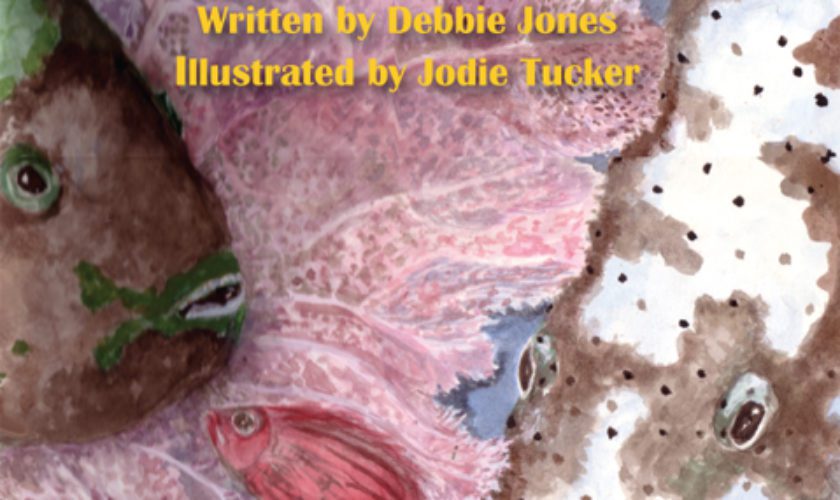 After 17 years, the second Fish Tales children’s book has arrived on the Bermuda market. Like book one, this is a collaborative effort between author Debbie Jones and illustrator Jodie Tucker, who have been friends since childhood. Tucker’s colourful illustrations bring the story of two little fish, Freddie and Sam, alive.

Growing up on Hungry Bay, Paget, Tucker has firsthand knowledge of fish and their behaviour, and some of her earlier work featured marine life. Years ago, Jones was inspired after a snorkeling trip to North Rock and created the first Fish Tales. Their children were their best audience and biggest critics. Now, although Tucker’s art has evolved to florals, Jones was able to coax her into illustrating Fish Tales Two, The Battle of the Barracuda.

Jones lives in Bermuda and is a diabetes nurse educator at King Edward VII Memorial Hospital. Tucker lives in France and paints full time. She has had many shows in Bermuda as well as the U.K. and France.