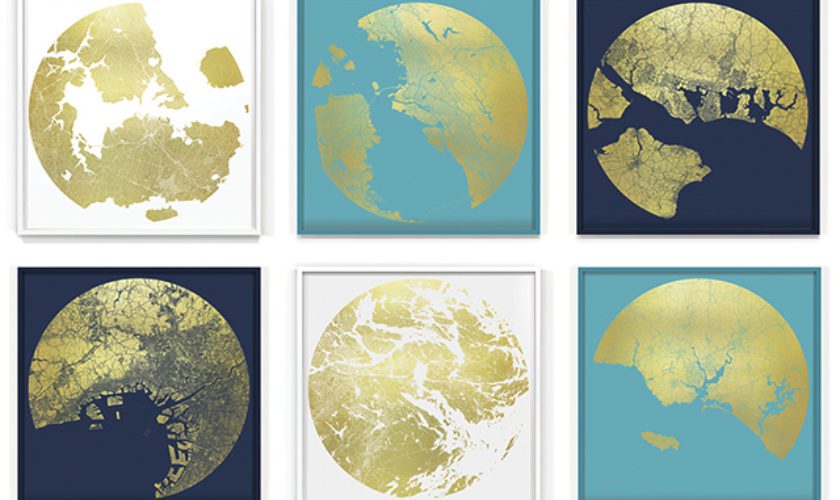 There has been a lot of anticipation leading up to the America’s Cup and it is now only a couple of months away. As the island prepares for the races, all eyes will be on Bermuda. The official hotel of the 35th America’s Cup, Hamilton Princess Hotel & Beach Club, is giving people something to look at! In collaboration with TAG Fine Arts, a London-based art dealer and publisher, the hotel will host a new art exhibit.

A series of new artwork by Ewan David Eason will be on public display at the hotel starting on April 6. The commissioned art will showcase seven maps, one for each of the competing teams’ base cities and one for Bermuda. Brushed in gold, the maps will feature Auckland, New Zealand; Lorient, France; Osaka, Japan; Portsmouth, England; San Francisco, U.S.; Stockholm, Sweden; and Bermuda.

The artwork on display celebrates the international spirit of the America’s Cup and adds to the impressive collection already on display at the Hamilton Princess.

Eason’s recent work has been inspired by the intricacies of mapping. It has been displayed in some of the UK’s most prestigious galleries, including the Royal Academy, Christie’s and the Barbican. Before coming to Bermuda, the exhibit was previewed at the London Art Fair in January 2017.