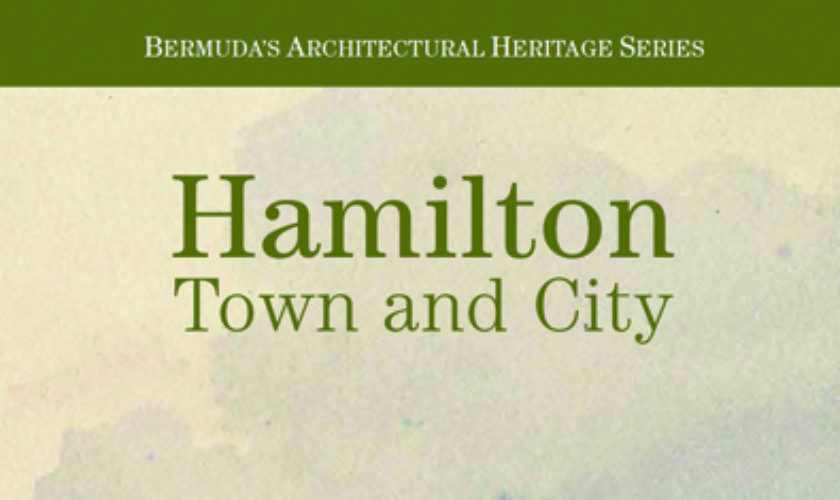 The seventh volume of Bermuda National Trust’s Architectural Heritage series is here. Most of Hamilton—Town and City was written by David L. White before his death last November; an introduction and several appendices are by Dr. Thomas James while Edward A. Chappell of Colonial Williamsburg has contributed scholarly studies of the Anglican Cathedral and the City Hall. The book is packed full of information about the buildings, the owners and occupiers, and the development of Hamilton—what we have lost and what we still have. This volume is particularly rich in historic paintings and photographs, and Bermuda National Trust researchers have often been able to trace the development of a particular building by comparing the dates of old images . The fine modern photographs are by Robin Judah.

The Trust it is not just interested in Front Street—the book also covers back of town areas from Brooklyn east to Angle and Union Streets and has information ranging from the governors after whom some of the streets were named, through the families of the black gentry who lived on Princess and Court Streets, down to some of the humblest inhabitants.

The Trust is hoping that Hamilton—Town and City will be a popular Christmas present in a year which promises a rich array of new Bermuda publications arriving this season.

Hamilton—Town and City comes in two editions—a cloth-bound edition with gold logo and slip cover at $150 and a standard laminated hard-cover edition.