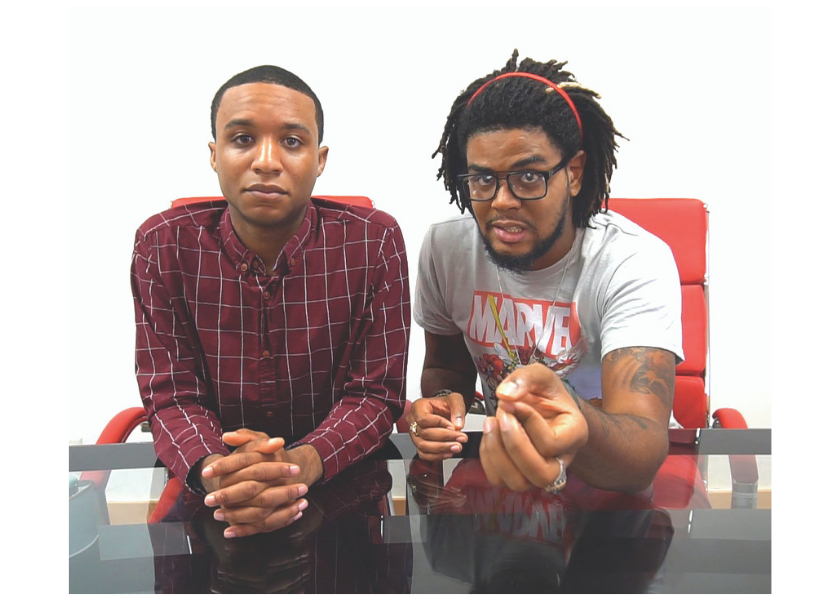 While Bermuda’s entertainment scene boasts a plethora of discernible talent across all performance mediums, anyone who recalls the island’s heyday will tell you that it’s nowhere near as booming as it used to be. Decreased population numbers, live music venue closures, broadcast station shutdowns and reduced investment in the arts are just some of the reasons why this is the case. So it’s important to highlight those who remain committed to reinvigorating the scene with fresh, innovative ideas. To this end, we spoke with Trae Cannonier of Superbia Productions about his and his team’s vision to cultivate a local industry that supports young Bermudians pursuing the arts.

Some may recognise Cannonier as one half of the political comedy duo It’s That Type of Party, a web-based series where he and Dwayne Robinson—currently an OBA senator—would conduct periodic deep dives into pertinent topics and current events via satirical alter egos “Bruce” and “Dutch.” Upon realising how popular this series had become, the two decided to evolve it into something more comprehensive that would be an entity for young Bermudians looking to be more actively involved in local entertainment.

“Our goal is to help reinvigorate the dead Bermudian entertainment industry,” says Cannonier of Superbia’s long-term ambitions. “As we have often questioned, why do we spend millions bringing in foreign singers, comedians and other performers when we have plenty of talented Bermudians who are equal, if not superior, in talent and ability?”

Having recently secured a dedicated television channel, Superbia now has the ability to put out a higher volume and more diverse range of video content that goes beyond political commentary and crosses into areas of interest such as comedy, cooking, short film, music, culture and more. Cannonier points out that while they currently have a dedicated staff of five people that number is ever-growing in terms of the consulting talent that they employ. “We hear all the time that Bermudians are so talented; however, we have no industry which allows such people to grow their craft. Thus we decided that if no one else was going to help, we would.”

In terms of platforms, Superbia recognises that while there is a notably important demographic of television viewers to appeal to, it’s also crucial to target their focus online. “We’ve found that the older generation is typically slower to embrace social media, viewing most of their content via television, whereas the complete opposite applies to the younger generation, most of whom don’t even own a cable box and consume the majority of their media online,” Cannonier observes. “We do everything we can to keep both platforms moving hand in hand with each other to reach the maximum number of people possible.”

Cannonier opines that Bermuda’s current media landscape lacks journalistic integrity, production value, variety and youth-oriented content, and that when he and Robinson started the business venture, they were initially not taken seriously by some for the very reason that they were young. “We had some pushback from the older generation to deal with as well as the conventional hurdles of starting a business in Bermuda, but it’s simply made us stronger and more resilient,” he declares. “We in no way want to keep our success to ourselves, and decided to go down this road not for our personal gain, but to build something meaningful for Bermuda, which we love and care greatly about.”