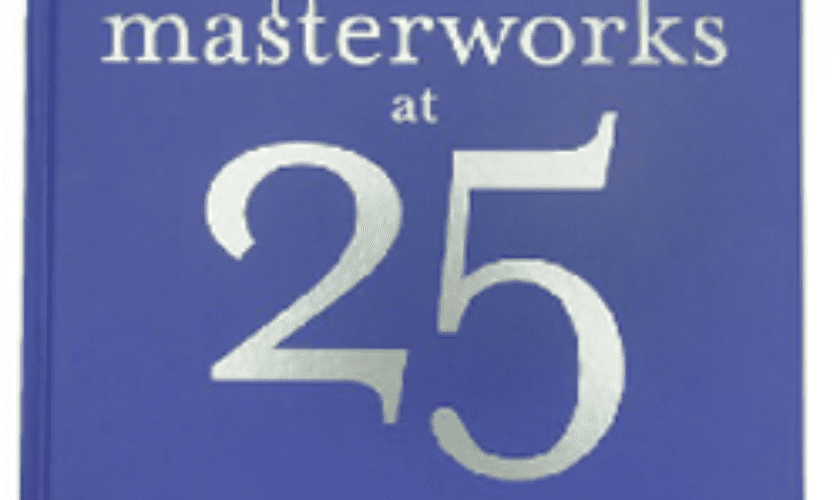 For the past quarter century, the Masterworks Foundation’s Tom Butterfield and Elise Outerbridge have pursued a single-minded goal: to collect quality artworks featuring Bermuda to help build a stronger sense of our national identity. They began with the “twelve apostles,” as Butterfield likes to call the first dozen acquisitions, and created a custom-built museum that today boasts three Winslow Homers—among 1,300 world-class artworks—as a testament to their tenacious vision and hard-won credibility.

The result of their efforts is showcased in an impressive new coffee-table book celebrating the Foundation’s first 25 years and highlighting its extraordinary collection. At a foot square and with 300 silver-edged pages, Masterworks at 25 is a visual feast that reflects the sheer wealth of artworks the Foundation has acquired in myriad media by some of the most acclaimed art-world names of the past century. Albert Gleizes, Charles Demuth, Marsden Hartley, Georgia O’Keeffe, Henry Moore, Frank Stella, Clark Voorhees, E. Ambrose Webster, Karl Struss—such luminaries shared an island connection through their chosen art form, from pastels to photography. Works by resident artists, such as Steven Masters, Sharon Wilson, Bruce Stuart, James Cooper and Alfred Birdsey, are also treasured in the collection and featured in a chapter spotlighting homegrown talent.

The book includes a foreword by former Governor Sir Richard Gozney, an overview of the Foundation’s 25-year mission and milestones, and 14 chapters thematically dividing artists in the collection. From early works to great watercolourists, the birth of modernism to contemporary stars and women, chapters also detail the various geographic regions that proved hothouses for artists who would ultimately seek out Bermuda to evolve their work. Biographies on all artists featured in the book are included in the back.

“The driving force behind going overseas to bring back artwork was to get Bermudians to think beyond the reef line,” notes Butterfield in the book’s introduction. “Bermuda was part of a global village, but it was trying not to be.” With entrepreneurial energy, unorthodox marketing methods and sheer chutzpah, Butterfield nevertheless was able to raise millions of dollars in funding and cajole Bermudians to share his dream.

Most notably, due to his team’s determination, Masterworks has succeeded in bringing art appreciation to the man on the street—its biggest success even before it moved into a stunning, $9-million permanent home in the Botanical Gardens in 2009. “Great art has the power to change lives,” says Butterfield. “When its subject matter also holds sentimental or patriotic relevance for an audience, something pretty amazing can happen.”

Masterworks at 25 is available for $125 from the Masterworks Museum of Bermuda Art and select island booksellers.