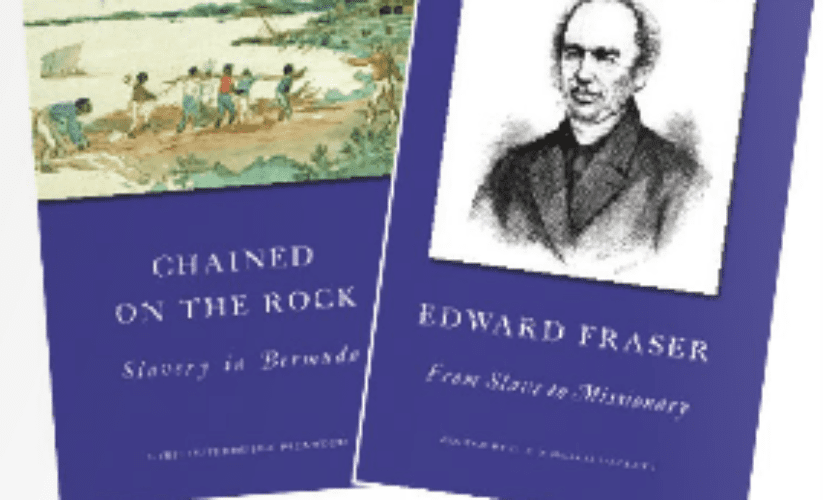 The National Museum of Bermuda (NMB) Press will release in early 2013 two new books that highlight poignant stories of black Bermuda. The first is a newly edited version of the late Cyril Outerbridge Packwood’s seminal 1975 history of slavery on the island, Chained on the Rock. Packwood died in 1998, five years after a reprinting of his book. With the approval of his widow, Dorothy, and daughter, Cheryl, the Museum decided to publish a second edition of the work in its popular Monograph Series to provide easier access to source information through footnotes.

Clara Hollis Hallett, herself a prodigious author and genealogist, has added comprehensive source references, many of which have become available through websites or via publications released in the Bermuda market since Packwood published his first edition.

“When using modern computerized and indexed versions of such sources as the Bermuda Colonial Records, and experiencing the ease of finding specific names of slaves, the researcher has to admire even more the dedication and tenacity involved in Cyril Packwood’s research for his original publication,” notes Hallett.

The new edition also contains an appendix, listing the names and descriptions of the 78 slaves who arrived in Bermuda on the ship Enterprise in 1835, from whom many present-day Bermudians are descended, as well as a list of 35 emigrants from Bermuda to Haiti in August 1861. Adding to its user-friendliness, the edition now also includes a fully detailed index, cataloguing the name of every person listed in the text.

Hallett has also edited another new NMB edition, Edward Fraser: From Slave to Missionary, a previously unpublished manuscript by Packwood about the Cobb’s Hill Church pastor who ministered to slaves and free blacks in an era when they were shut out from white-regulated religious and educational institutions. Packwood’s original manuscript, written in the 1970s, totaled some 500 pages; Hallett has abridged the work to just over 100 pages and included footnotes (the full text has been kept in CD format as well).

Chained on the Rock and Edward Fraser will be available together as a slip-cased double package at NMB and at book retailers island wide.