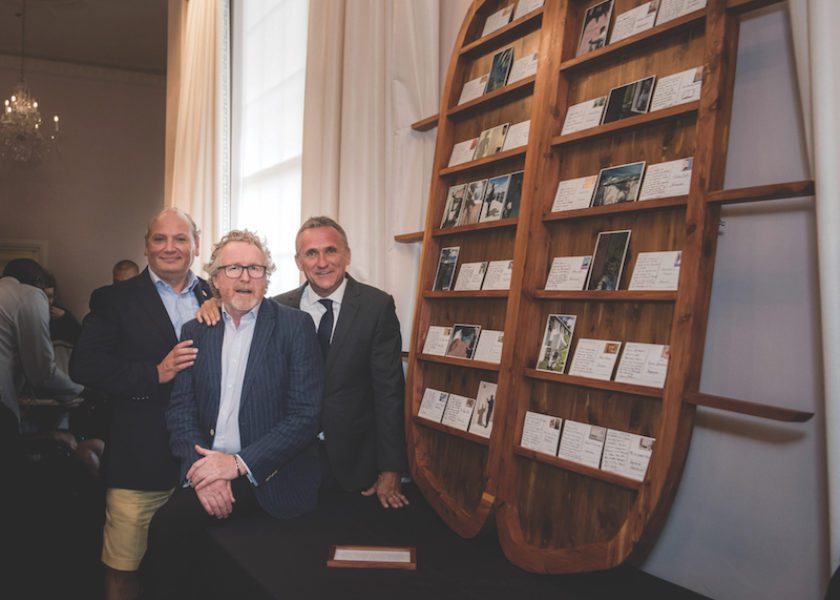 There are few things in Bermuda more beautiful than the way the island land and seascape looks at the end of the day, and it is this evening light, which greets Morrison when he steps off the British Airways flight, that provides one of the overarching influences for his latest artwork, An Island’s Legacy—Postcards from Bermuda.

“The thing I always notice is the great shadows,” says Morrison. “I love the idea of Bermuda shadows and obviously there’s a very distinct feeling around the architecture here, so what I wanted to do was create a series of portraits where their individual shadow was as important as they were.”

The result is 14 portraits of people who have all made a positive difference to the island, displayed in a nautical-themed cedar frame interspersed with postcards handwritten by Bermudians outlining the reasons for the subjects’ inclusion. The cedar display was created by carpenter Jeremy Johnson and is, in itself, a nod to the island’s history. 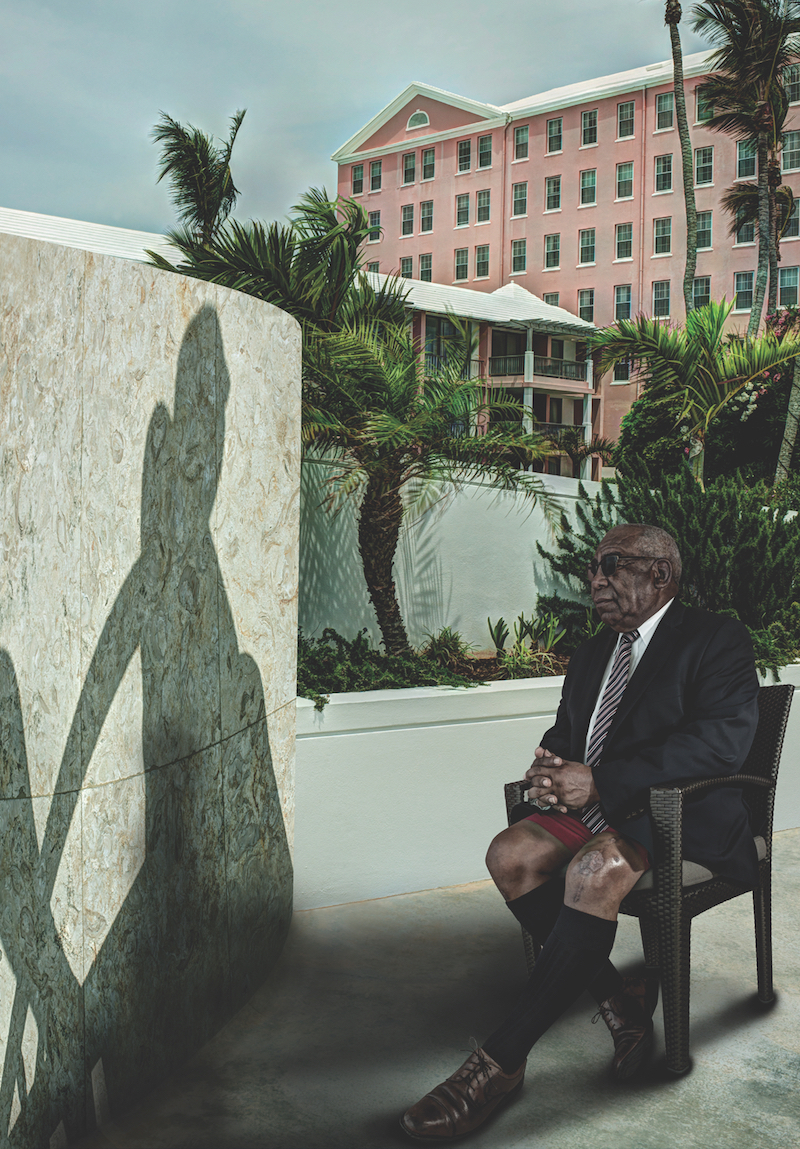 The 62-year-old photographer, whose mother, Aileen Wingate Morrison, is Bermudian, has spent many summers visiting family on the island. His uncle is famed conservationist Dr. David Wingate whose portrait is included in the art piece, and Morrison has fond memories of going out with him to Nonsuch Island: “He’d always be late and his boat was full of water,” he reminisces with a smile.

Morrison also happened to be in Bermuda when Hurricane Emily struck the island in 1987 and went out onto the water at the request of his uncle to photograph some of the damage. This was an unusual experience for the portrait photographer who is more used to dealing with actors, sports stars and music legends than Atlantic swells. His previous subjects include Laurence Olivier, Bette Davis, Paul McCartney and Margaret Thatcher.

“I created Bermudian Legacy partly because I do have a background with Bermuda and I suppose, in a way, I feel as if it’s catching up with Bermuda. When you reach a certain age you get nostalgic and start to think back a little bit about your history and background.

“Coming back to do Bermudians, was as much me saying ‘hello’ again to Bermuda and doing so with what I do best, which is portraits, so with individuals who I thought had contributed the most to Bermuda.”

Morrison’s interpretation of legacy is about looking back at achievement and influence. “Whether you have saved the cahow or been a politician, there is a specific influence that you’ve had,” he says.

The stories of his subjects’ achievements are apparent in the way Morrison has used some of their shadows; for example Sir John Swan is standing up straight, but his shadow is reaching out to shake someone’s hand. Martha Dismont’s shadow resembles a child and Flora Duffy has three shadows—one cycling, one running and one diving into the water. Morrison also avoided the usual tourist buildings and scenes, capturing the island’s character instead through its more unique architectural characteristics. 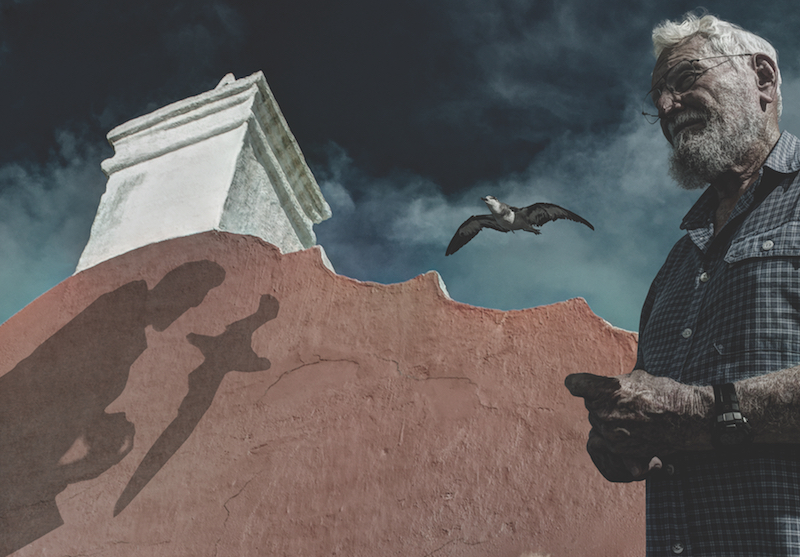 “There was quite a lot of manipulation in some of the portraits where I created a portrait of the individual and then photographed the shadow as if it was another portrait, but the shadow doesn’t always reflect what the individual is doing,” he says. “A lot of those shadows are then cast onto very specific buildings and not always the classic tourist building. It’s very much about some of the decaying buildings, the beauty of the colours, the pastel colours against blue skies. It was nice to be chasing shadows as much as chasing Bermudians! Mythologically, the shadow is representative of the soul.”

One of Morrison’s favourite locations is Flatts and he was there a lot while doing this shoot. “There’s something about Flatts which is very Bermuda. You’ve got one side which is where the aquarium and the little draw bridge are, which is so beautiful and then you’ve got the other side, which is so colourful and it’s almost like a slightly different era.”

The whole project took Morrison about a year and the type of artwork he wanted to produce evolved during that time. “Initially I thought it would be one long photograph and then it became obvious to me that it had to be a bit more linked into the postcards idea, and I loved the idea of having those postcards within a cedar cabinet.”

The project was made possible by British Airways and the Hamilton Princess & Beach Club, which is where An Island’s Legacy—Postcards from Bermuda will be displayed.