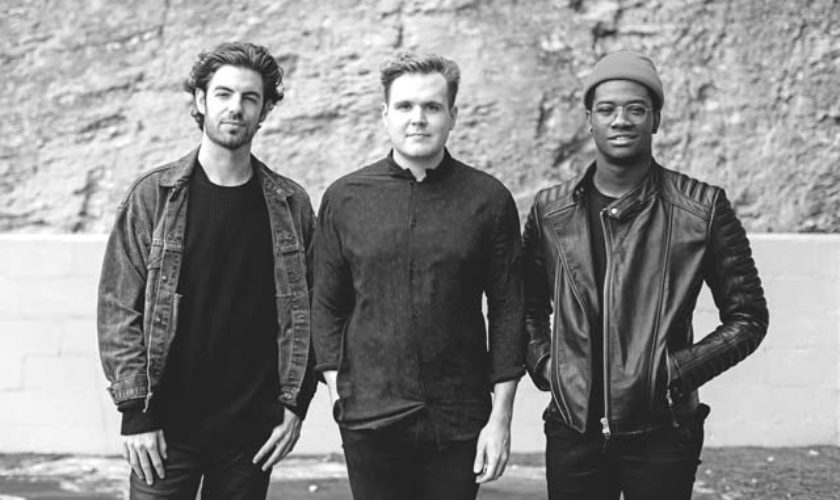 Towards the tail end of 2014, at the cosy Rockwood Music Hall, in front of a crowd mostly composed of their over-dressed parents, ThirdStory announced its presence to the world.
Well, downtown Manhattan at least.

The group had earned a residency in a room at the Rockwood, where they would begin to establish and refine their own, genuine sound. But for Ben Lusher, the residency marked the start of his musical career as part of the three-piece boyband.

“When we were playing in their smallest room—I think it could fit maybe 60 people or so—that was when we honed a lot of things,” said Lusher.

Just 18 months since that first performance, the 23-year-old Bermudian, alongside his co-crooners Elliot Skinner and ThirdStory founder, Richard Saunders, has signed a recording contract with Universal Records and is about to embark on the band’s first tour as a headline act. For Lusher, it hasn’t fully sunk in yet.

“It’s pretty surreal, honestly. Even just seeing people who know us and know our covers is still pretty mind-blowing to be honest with you. The fact that people come out and buy tickets to our shows is incredible.”

With Universal, ThirdStory is penning a debut album of original, swoon-worthy songs about life, love and heartbreak. But it is the group’s cover songs that have propelled them to where they are today. Together, they weave one lush ballad after another, covering pop music’s biggest hits, from Sam Smith and Ariana Grande to Jimmy Cliff and Taylor Swift, with plenty in between.

ThirdStory’s austere covers of warm and fuzzy pop songs, stripped down into elegant three-part harmony, first started gaining attention after striking a popular chord with YouTube viewers, to the tune of almost four millions of views.

After initially signing on to a development deal with Universal, it was the popularity of their YouTube videos that convinced the record label to sign them to a full recording contract.
“We used the small amount of money [Universal] gave us to do basic things we couldn’t necessarily afford before. Things like shooting our first video, building our website, whatever little things we needed.”

Signing that recording contract, Lusher said, was “one of the greatest moments of my career, of my music life.”

“You’ve been in a changing industry in terms of the music world, [signing with] a major label like Universal or not, they’re still essential partners, and it’s a huge milestone I think every singer or artist works toward. It was an amazing feeling.”

It wasn’t what Lusher had in mind before graduating from the Berklee College of Music in Boston last May—he was originally planning a solo career—but with ThirdStory, he’s proven himself one of Bermuda’s—and New York City’s—hottest up-and-coming musical stars.

“I’d be lying if I said it wasn’t scary. Not the [record] deal itself, but the typical pressure any artist I think faces, wanting to do well and sound good. Especially on this first album, it’s really going to define us in a real way, much more than our videos ever have.”