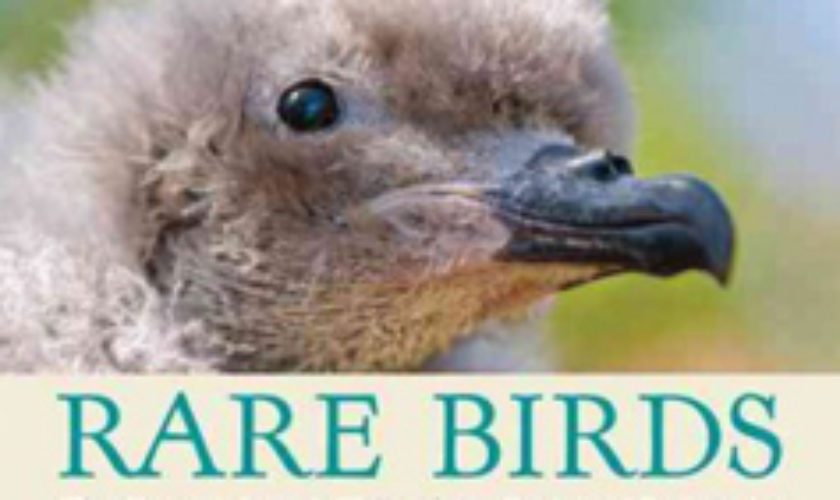 In April 2009, freelance writer Elizabeth Gehrman was in Bermuda working on a travel story for the Boston Globe Magazine when she went to Nonsuch Island with Jeremy Madeiros to see Somers, the first cahow chick born on the island in nearly 400 years. En route, Madeiros filled her in.

The cahow, he said, nested only in Bermuda and spent the rest of its life at sea, flying thousands of miles a week, drinking seawater and sleeping on the wing. When the English arrived here in the early 1600s, perhaps as many as a half million birds came to the Rock every fall to lay their single egg.

But by 1620 the cahows were gone, all eaten, apparently, by starving settlers. Throughout the next two centuries, naturalists searched for the birds in vain, and it wasn’t until the 1900s that hints of their continued existence began to emerge. In 1951, when the American ornithologist Robert Cushman Murphy and Bermuda’s Louis S. Mowbray stunned the world by announcing the cahow’s rediscovery, 15-year-old David Wingate was along on the expedition. The day changed Wingate’s life, and he devoted the next six decades to saving the cahows, restoring Nonsuch to its precolonial state and conserving Bermuda’s natural heritage.

“As soon as I heard David’s story,” Gehrman says, “I knew I had to write a book about him. There aren’t many things these days that give you hope for the environment, but he almost single-handedly saved these birds, and now they’re thriving under Jeremy’s care. David is a true hero of the conservation movement.”

The 256-page book, called Rare Birds: The Extraordinary Tale of the Bermuda Petrel and the Man Who Brought It Back from Extinction, was released October 9, 2012, by Beacon Press and is available at the Bookmart and on Amazon.