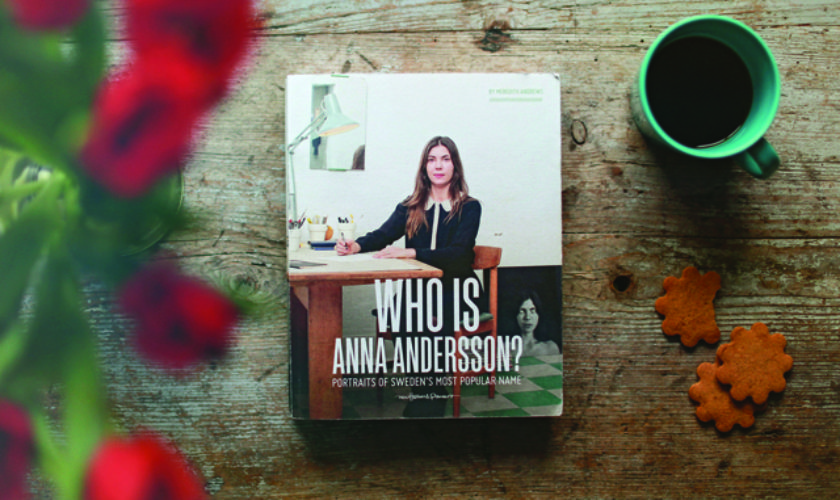 What’s in A Name? Meredith Andrews’; Book “Who Is Anna Andersson?”

Last year Bermudian photographer Meredith Andrews set out to photograph women across Sweden who shared one thing in common: the name Anna Andersson. As Sweden’s most popular name, there are thousands of women who share it, but what makes them different?

Andrews’s book, Who Is Anna Andersson?, seeks to answer that question by featuring stark and beautiful portraits of 50 different Anna Anderssons, from a 99-year-old, to a priest, to a tattoo artist. By focussing on their superficial commonalities, Andrews highlights the hidden and vast diversity of those who share Sweden’s most popular name.

The long-time portrait photographer said the project came about as a natural evolution of two interests. “It was something I had brewing in my head for quite a while,” she said. “I’ve always been interested in making collections of portraits, and I liked this idea of names, and getting past a name. I think there’s something about names that everyone’s inherently interested in, because we all have one and they all mean something. So I had these two interests, and then when I was pregnant with my first child and thinking about names, the whole idea kind of solidified.”

The book was launched in Sweden last year, with a Bermuda book launch scheduled for March. Who Is Anna Andersson? is available on the publisher’s website, TheNewHeroesAndPioneers.com, and locally at Urban Cottage on Front Street.