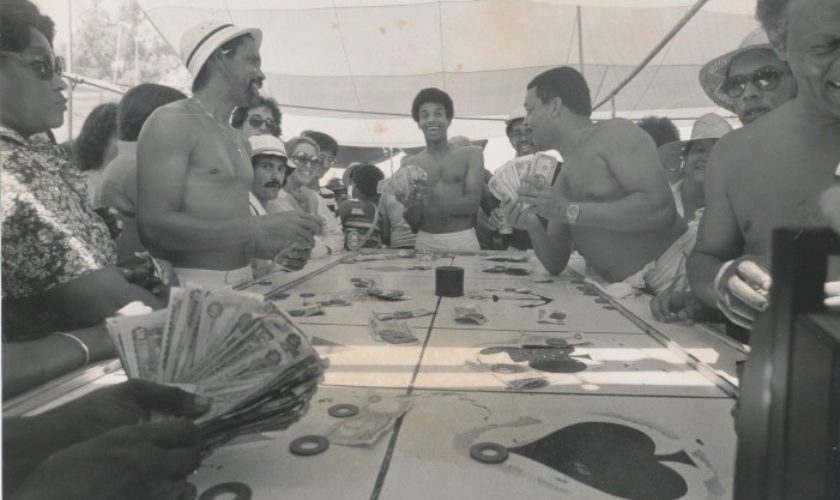 When you sidle up to a table, you’re taking on the banker who will be collecting the bets and rolling the dice. In front of you you’ll find a canvas or felt mat marked with the six symbols, upon which you’ll place your bets on one or more of the symbols. The banker throws the dice, and if there are any bets on any symbol that comes up on one or more of the dice, (in addition to returning the stake) the banker pays the player the amount of his stake for each die showing that symbol. So a $10 bet returns $20 for one die, $30 for two, $40 for three. If the symbol doesn’t come up, the player loses his bet.