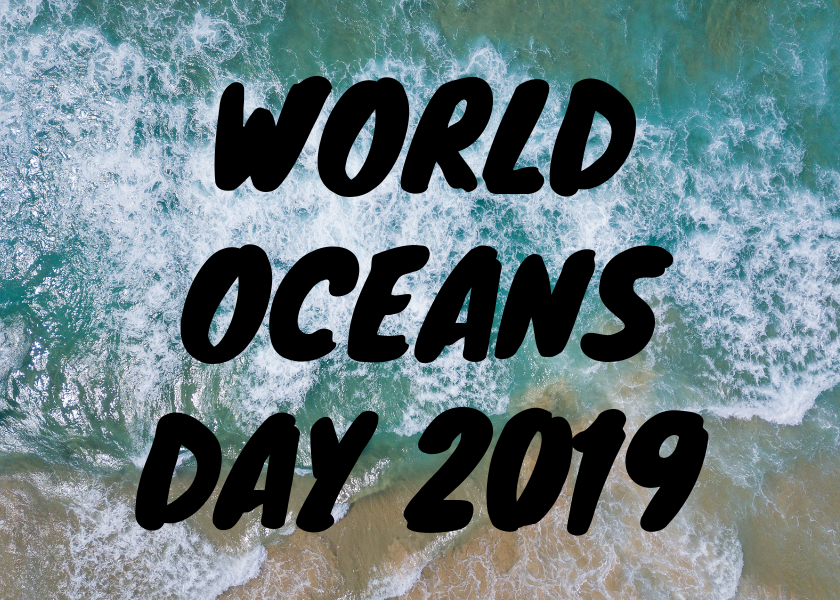 World Oceans Day (June 8) is an opportunity to recognize both the myriad ways the ocean influences our daily lives and the ways our actions impact the ocean, both positively and negatively. Participating in this event is a great way to show your appreciation for the ocean and help raise awareness of global and local issues.

Bermuda and its surrounding waters are part of the Sargasso Sea. This body of water is defined by strong ocean currents and the presence of extensive mats of brown algae known as sargassum. Although the term “seaweed” includes the word “weed,” sargassum is actually a crucial part of the marine ecosystem and provides a microhabitat for a variety of species in the open ocean, including sea turtles and dozens of fish species. Commercial and recreational fishermen use the floating mats of sargassum as indicators of billfish, dolphin and swordfish, all of which use the algae for protection. In a recent study by the U.S. National Oceanic and Atmospheric Administration, 81 species of fish utilize sargassum as habitat for spawning, breeding, feeding or growth. In Bermuda, farmers collect sargassum from the beach and use it to fertilize the soil in their crop fields.

For hundreds of years, the oceans have absorbed the carbon dioxide produced by human activities, including the burning of fossil fuels (coal, oil and natural gas). As a result, the acidity of the oceans has increased, a reaction known as ocean acidification. Ocean acidification has the potential to negatively impact the ocean’s calcifying organisms, such as coral, crustaceans and mollusks. Scientists at the Bermuda Institute of Ocean Sciences (BIOS) have been studying ocean acidification as part of the BEACON (Bermuda Ocean Acidification and Coral Reef Investigation) and BATS (Bermuda Atlantic Time-series Study) programmes.  BATS is the world’s longest continuous record of ocean acidification. Learn more at www.bios.edu/research/beacon/index or www.bios.edu/research/bats.

For more information on World Oceans Day 2012, go to www.worldoceansday.org.

How You Can Help Protect Our Oceans

• Comply with the fish-pot ban and help our local fish populations make a comeback.

• Comply with lobster season from September through March. Licensed divers may take no more than two lobsters per person per day.

• Respect the ocean by not using it as a garbage dump. Biodegradation (time it takes to break down) takes longer than you think: aluminum can–200 years; six-pack holders–400 years; plastic and disposable diapers–450 years; monofilament fishing line–600 years.

• Preserve our coral reefs. By not removing, damaging or touching the corals, you can help protect this home and food source for a large variety of marine organisms.

• Value all of Bermuda’s protected species including sea turtles, marine mammals and shells by not harming, harassing or collecting them.

• Support billfish populations by tagging and releasing when sport fishing. Be a data provider for scientists conducting research worldwide to help understand billfish migration and populations.

• Protect our endemic marine life by not releasing exotic marine life (from home aquariums) into local waters, which may destroy local food chains.

• Monitor the type of seafood you eat.