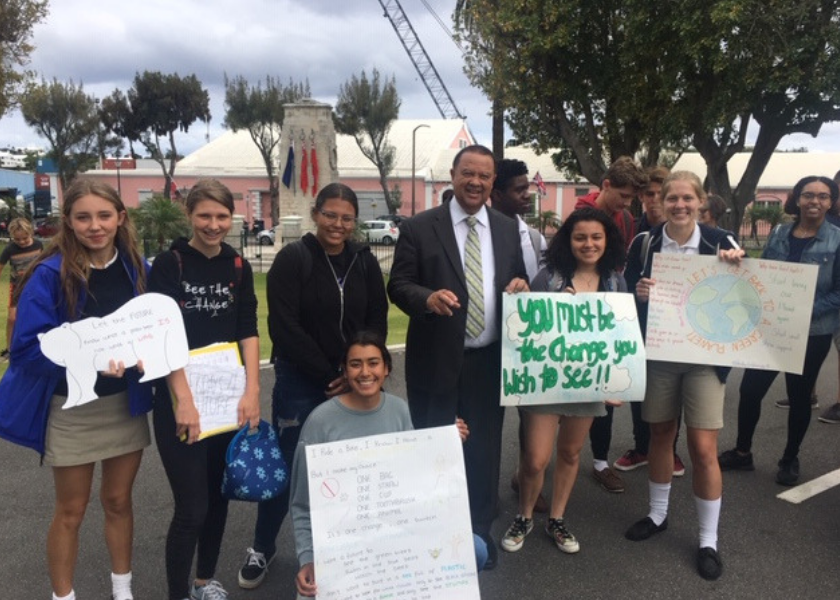 Beginning at City Hall, the group will make their way down to the Cabinet Building where they plan to rally at Noon.

The intended strike is set to follow in the footsteps of “Fridays for Future” movement, a campaign that has seen thousands of students from all over the world leave school to petition their own governments to take climate change seriously.

The aim of the strike and rally is to confront Bermuda’s government with ideas and changes to effect real and lasting climate change in an effort to prevent the dire consequences of global warming and pollution.

The group’s suggestions for government include banning all single-use plastics and Styrofoam, introducing a renewable energy target, implementing concepts such as a carpool scheme, Meatless Mondays, and others.

The group urges that anyone who cares about sustaining a better environment to come down and advocate for change along with them.