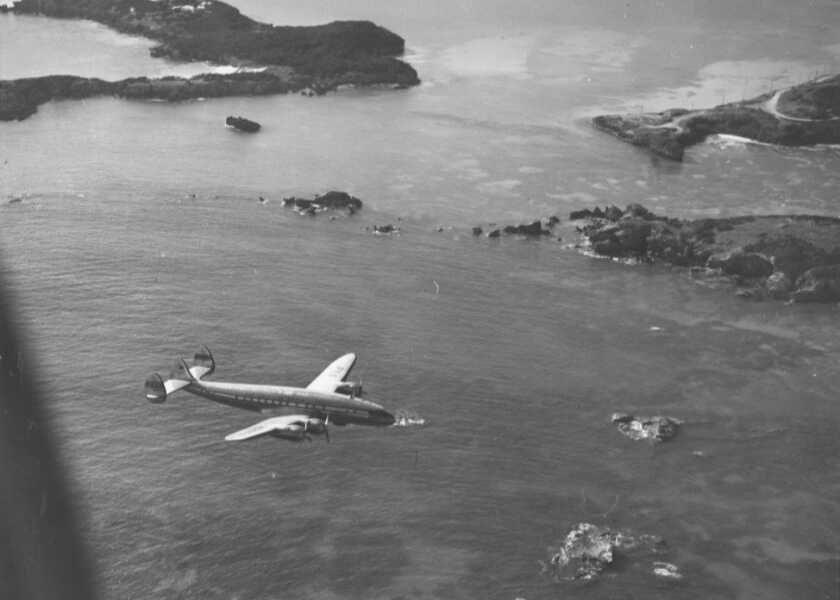 When was your last trip? Did you find yourself missing things from home? Or maybe you never wanted to come back! Bermuda is a unique environment that charms us – there’s no place quite like it anywhere else.

1. Rainwater
Most countries have hard water, water that is rich in mineral deposits. This water causes build up of limescale on taps, and in residue on glasses. Hard water is also harsh on clothes, and makes them look dull and worn out. Hard water also has negative impacts on skin and hair – soap does not foam the same in hard water, instead binding with minerals to form soap scum. This soap scum is hard to wash off, leaving hair and skin looking lifeless and dry.

Luckily, Bermuda’s water is usually very pure and soft, since it is collected from rainwater. It is gentler on skin and clothes, and in well-maintained tanks is perfect for drinking.

2. Humidity
When Bermudians go away, many find their lips and skin cracking with lack of moisture! Bermuda has very high humidity levels, usually 70-90% in the summer, making it seem even hotter and more oppressive, and making you sweat!

The high humidity is great for skin, hair, and lips, and when away, a combination of hard water and lack of humidity necessitates greater use of moisturizer.

3. Saying Hello to People
Bermudians often find themselves saying hello to everybody when they go away – and getting funny looks. In Bermuda, saying good morning to people you don’t even know is commonplace, but abroad this behaviour can come off as strange and even paint you as undesirable.

We miss the social aspect of Bermuda’s small community when we go away! Next time, try to catch yourself before greeting people that happen to walk by you in the street.

4. Gosling’s Rum Being the Only Choice
It always feels like home when you see Gosling’s Rum in bars abroad. It was in the early 1800s when the Gosling’s brothers first came to Bermuda, and began their business in a shop on Front Street. They experimented with the blending process until they reached their iconic black seal rum blend, which was first called “old run” due to its smoothness.

In bars in Bermuda, usually a request for rum and coke, or a rum swizzle, will automatically be made with the island’s finest – Black Seal. Abroad, Bermudians are usually asked what kind of rum they would like. How are we supposed to choose anything other than Gosling’s? 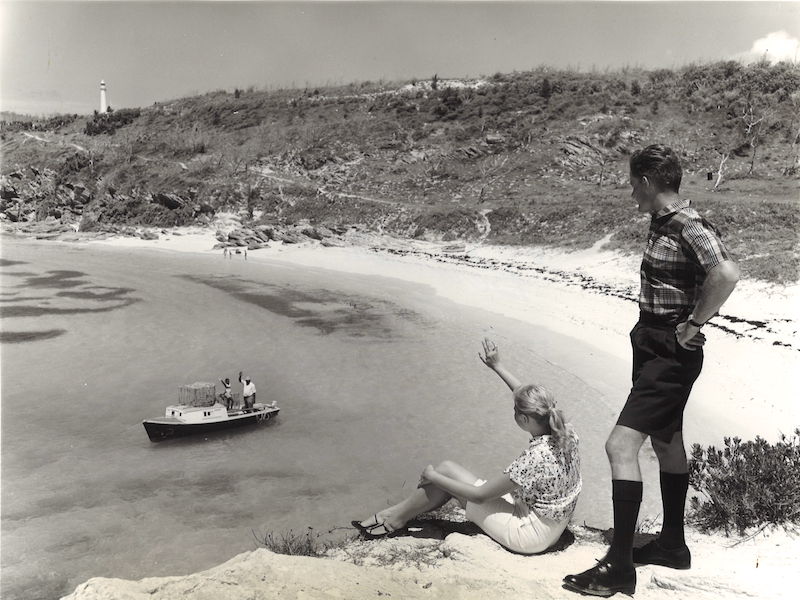 5. The Ocean
Bermuda is unique in that almost everywhere you go, you will see the blue ocean – the island is just so thin that it’s hard to get away from it. The ocean brings strong breezes, and cooler temperatures. It also contributes to a maritime lifestyle, where swimming and snorkelling are casual affairs, and boating is another way to get around.

The ocean often invokes some kind of tranquillity in people – so much so that Bermuda runs on “island time,” a relaxed approach to appointments and commitments. Bermudians often receive a jolt when the ocean isn’t in close proximity, and when island time is no longer accepted.

6. Not Having Everyone Ask You About the Triangle
Almost nobody knows what Bermuda is besides Bermudians. It’s comforting to be at home and skip all the questions about if we live in huts, if we have wifi, if the Bermuda triangle is a real phenomenon.

The best approach is to have some quick-witted replies ready for the inevitable amazement at your nationality expressed by anyone new you might meet abroad. Don’t worry, you’ll be home soon and you won’t have to explain Bermudian history to anyone. 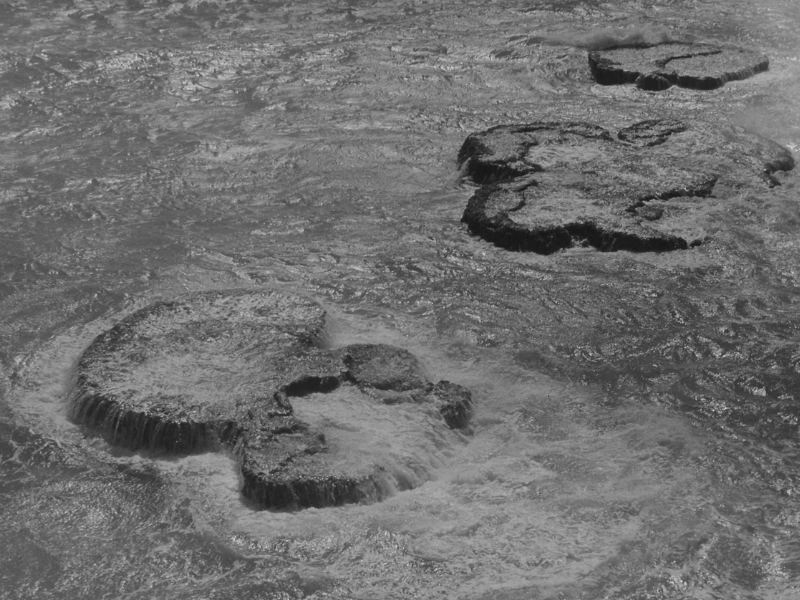 7. Whistling Frogs
How is it possible to sleep in the foreign sounds abroad? The rushing of the city, or the silence of a farm estate in the countryside don’t compare to the cacophonous peeping of the tree frog in Bermuda.

We’re not sure which is louder – the whistling frog, or the rainstorm they come out to sing in. These frogs make a big noise for something so tiny, as they sing out their nightly mating calls. The only thing you won’t miss is if one of the little guys gets trapped in your house, and sings out at the same volume, echoing through the rooms. They’re almost impossible to chase out because they go silent when you get near!

8. Seeing People You Know Everywhere
In Bermuda seeing familiar faces is such a common occurrence that it’s rare to see no one you know when out and about. Abroad, you may think that you see someone you know, from the side of their face or the way they look from the back, but suddenly remember that you’re not in Bermuda and it can’t be who you think it is.

You really feel anonymous when going abroad because anywhere is bigger than Bermuda, and it’s easy to get lost in the crowds of new people. Furthermore, you won’t see anyone you know, so it’s very disorienting!

9. Beeping the Horn to Say Hello or Thank You
When driving abroad, it’s easy for Bermudians to disrupt the road rules. We might find ourselves on the wrong side of the road, or struggling to weave in and out on multi-lane motorways foreign to us on island.

The biggest difference might be that horn etiquette is turned on its head abroad – no longer should you honk to say hello or thank you, but instead only if you are very angry. Misusing the horn by accident may get you some dirty looks! 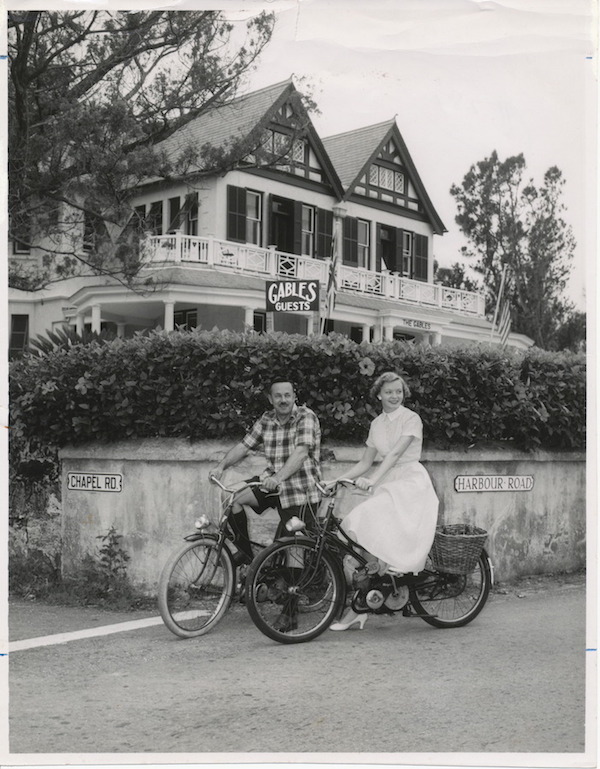 10. Riding a Bike
Riding a bike is just so much cooler and more iconic than driving a car. It’s an activity that can only be done in Bermuda, or similar small tropical places. In cooler climates, one shudders at the thought of how cold it would be to reach high speeds on a bike, open to the elements!