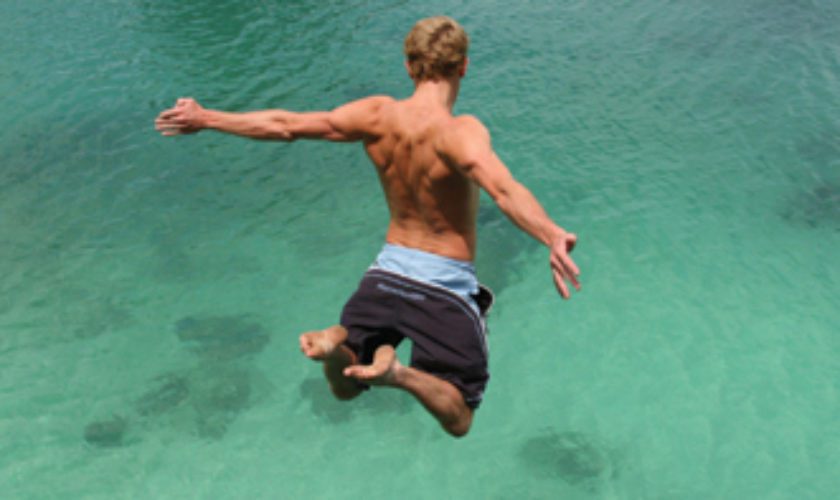 15 Things: Jump Off the Rocks, any Rocks and the Higher the Better

Bermudians have always used the rocks at Admiralty House, Horseshoe Bay, and Diving Board Island as springboards for high-dives, back-flips and cannon-balls but it wasn’t until a group of young Bermudians started a series of videos called Falling of the Rock that cliff jumping in Bermuda became the “it-thing” to do. Since their first video in 2009, Bermuda’s Falling of the Rock group have earned (at time of print) an astounding 800,000 views on YouTube for the videos they have produced and starred in. Indeed, cliff jumping has always been a part of growing up in Bermuda, but who would have thought it would garner so much attention world-wide, quickly becoming a marketing tool of Bermuda’s Department of Tourism. It is only proof that nobody can sell Bermuda better than Bermudians.

This year’s event will be the biggest and best ever! Join in on the cliff jumping fun by hopping aboard one of the three booze cruises dedicated to Falling Off the Rock 2012. This year’s event will take place on Saturday, July 28 from 3:00pm – 7:00pm. Tickets are $50.00, available at Docksiders. Ticket price includes all you can drink!