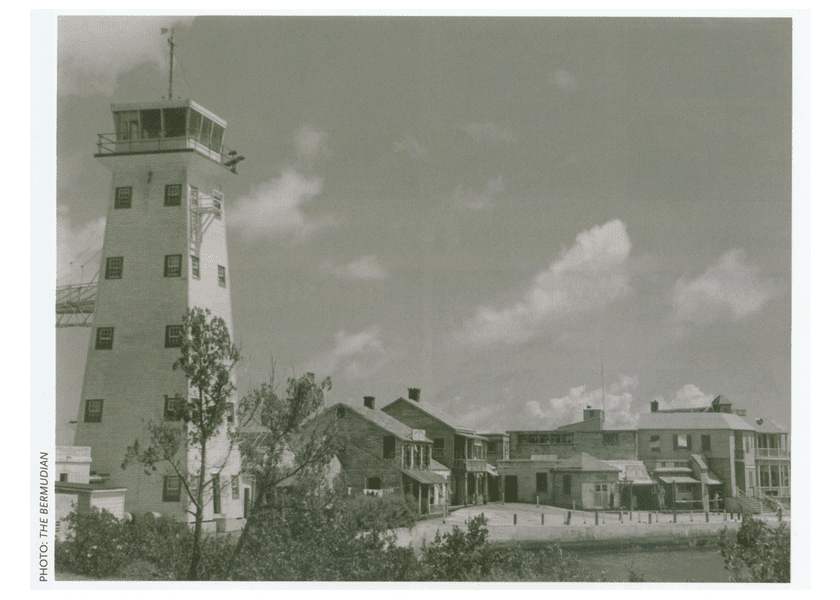 How much do you know about the history of Darrell’s Island?

1. Once upon a time, it was known as Captain Tucker’s Island for the Governor of Bermuda from 1616-1619. In the 1621 version of Richard Norwood’s map of Bermuda what is now known as Hinson’s Island was incorrectly marked as Darrell’s Island (Durrell).

2. Darrell’s Island was purchased by the Royal Navy in the 19th century after the American War of Independence. The Admiralty attempted unsuccessfully to transfer the Great Sound islands they owned over to the Board of Ordnance in 1823, in exchange for the more usefully located Boaz and Watford Islands.

4. In 1936, Imperial Airways built an airport on the island that served as a stopover for trans-Atlantic flights. The Royal Air Force took over use of the island’s airport during the Second World War, and after the war was over, air services were moved to Kindley Field, where the airport now stands. You can still see the ruins of Darrell’s Island wartime airport today.

5. Darrell’s Island was transformed into a television village in June 1954 when Atlantic Productions was set up with Bermuda and U.S. capital to produce programmes for U.S. audiences. The old seaplane terminal was converted into a television studio, dressing and sound rooms, and a restaurant, with the Bermuda government making a financial contribution to the construction costs. The first company ran out of money in less than a year and sub-leased the buildings to a second production company, but neither venture was successful. The 1956 television series Crunch and Des, starring Forrest Tucker and Sandy Kenyon is the best known of the Darrell’s Island productions.