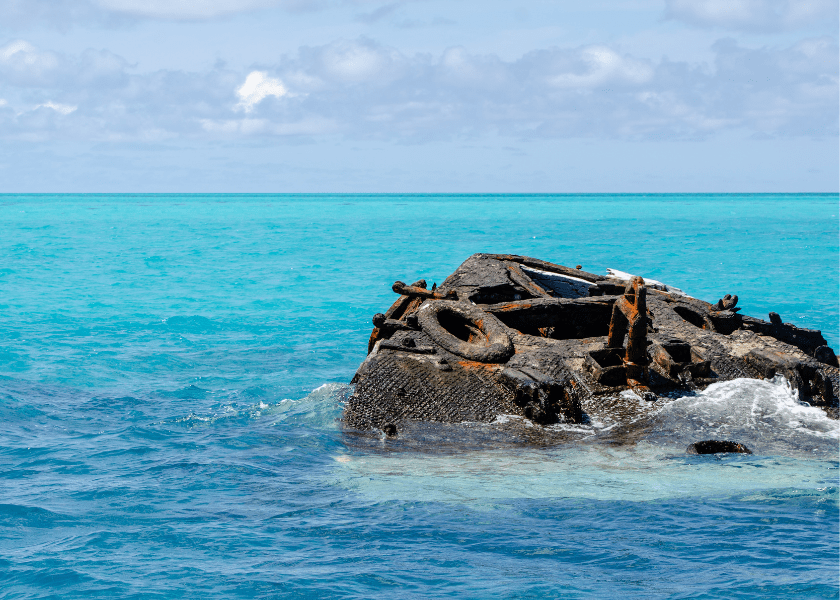 5 Iconic Shipwrecks You Should Know About

Bermuda is well-known in the nautical community for its treacherous reef line; a minefield of coral reefs sinking ships since the early seventeenth century. Take a deeper dive into five of the most identifiable shipwrecks that Bermuda’s waters have to offer. 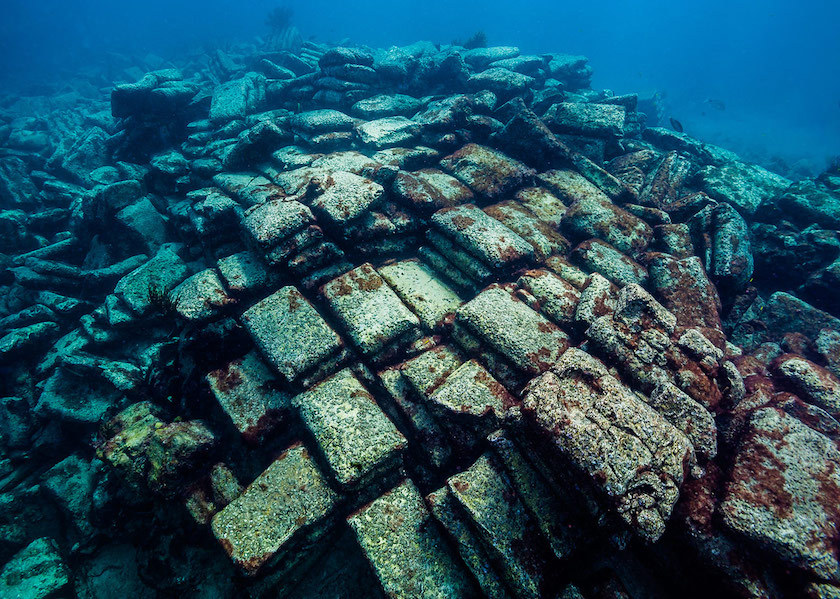 The Constellation
The Constellation met her fate on July 30, 1943 after an encounter with the infamous Bermuda reef line. The ship exchanged hands a few times, originally built to transport lumber and coal under the name Sally Persis Noyes. Sold in 1932, she was transformed into a nautical school ship, whence she received her moniker, Constellation. The ship’s tenure as a nautical school was short-lived, however, and the Constellation returned to carrying cargo. Headed from New York to Venezuela on one of her cargo voyages, the ship encountered a storm and took on water. The captain rerouted to Bermuda for repairs, but the ship struck a reef off of Western Blue Cut while awaiting the pilot boat. Fortunately, there were no casualties, and the majority of the deck cargo was salvaged – including 700 cases of whisky. The schooner itself was deemed unsalvageable, settling 30-feet below with the hold cargo intact. Famously included in this haul were medicinal vials that inspired “Jaws” director, Peter Benchley, to write his second novel, The Deep. The Constellation shipwreck has since garnered acclaim as the inspiration for this novel, and later for the 1977 film adaption, set and filmed in Bermuda. 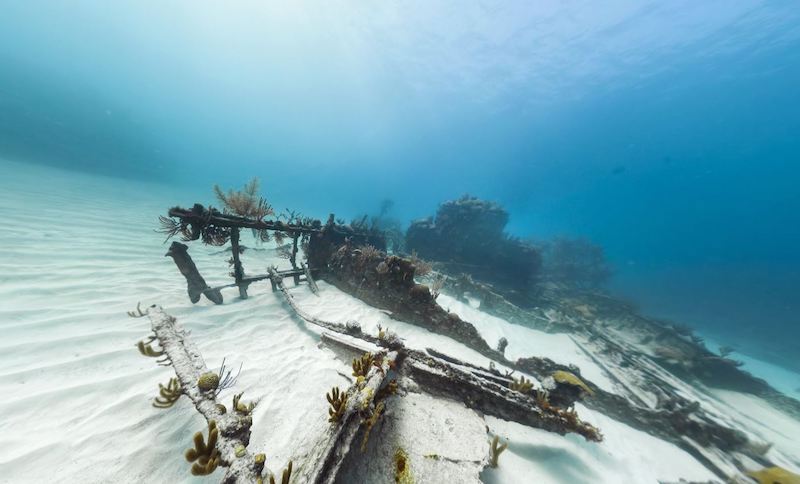 The Mary Celestia
Bound for Wilmington, North Carolina on September 6, 1864, the steamer Mary Celestia left her port in Hamilton for the last time. Carrying illicit goods under the guise of “general merchandise,” the Mary Celestia served as a runner for the Confederacy, transporting guns and ammunition from Nassau through Bermuda to southern Confederate ports. Departing for her fateful voyage to Nassau, she struck a reef off the South Shore and sank in under eight minutes. The ship’s cargo and crew – save the cook – were rescued by local Bermudians, lending to only one casualty. Although the ship was unrecoverable, the cargo was salvaged and auctioned off. Mary Celestia’s legacy was revived in 2011 when marine archeologists uncovered perfume bottles from the wreck that had been dislodged in a storm, the scent of which has since been recreated and sold by Lili Bermuda. Photo courtesy of Bermuda 100. 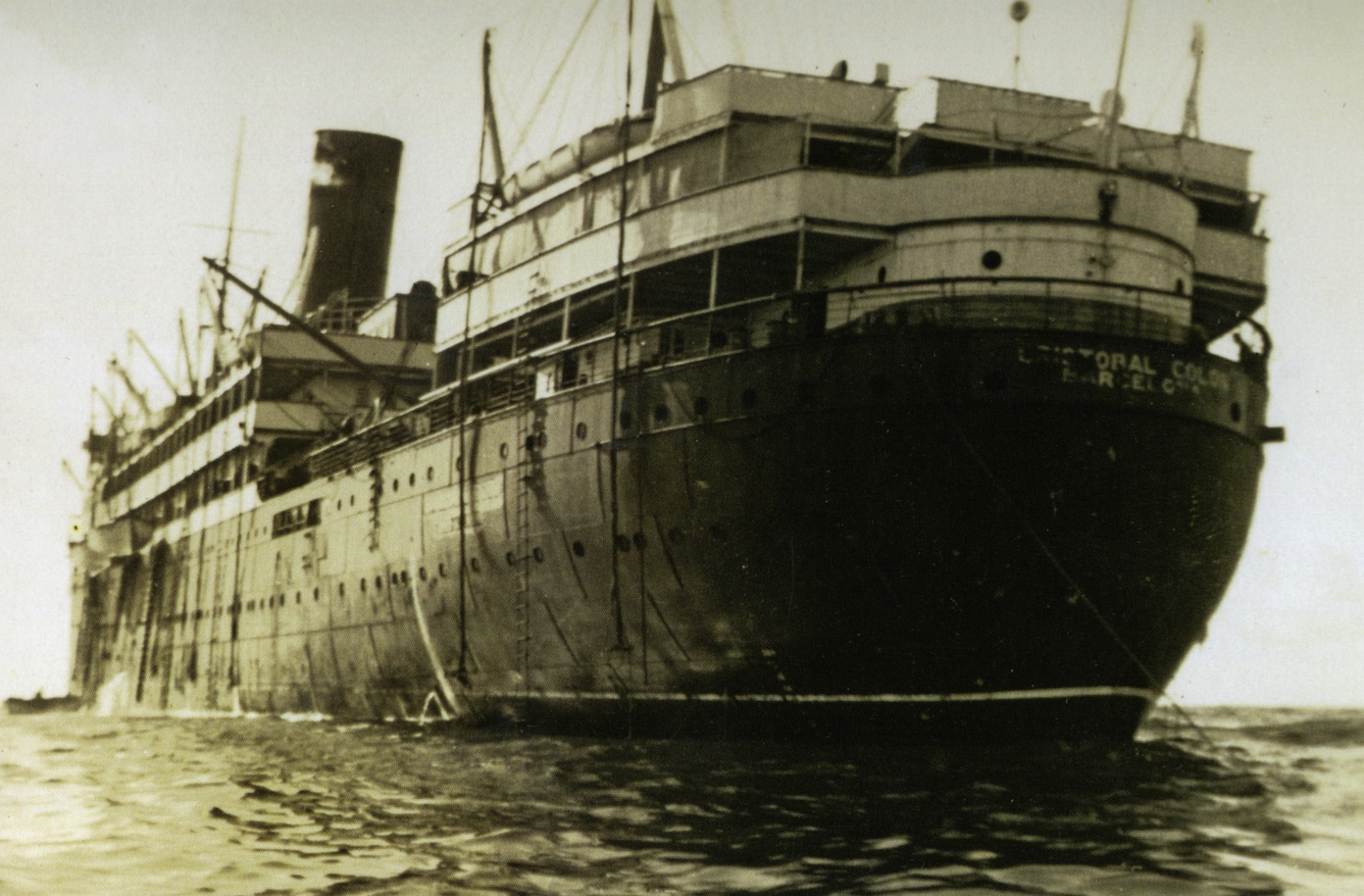 Cristobal Colon
The Cristobal Colon was once a luxury 499-foot Spanish cruise liner, but now rests on either side of North Rock reef, heralded as Bermuda’s largest shipwreck. Returning to Mexico from Wales, the ship was carrying 160 crew members when she struck a coral reef eight miles off Bermuda. After many failed attempts to pull the boat off the reefs, efforts were abandoned and the ship remained aground for several months. Subsequently, the foreign crew was placed in temporary custody and negotiations with Spain about ownership and expenses for both the ship and the crew were enacted. In the throes of a civil war, however, the Spanish government refused immediate aid and the ship’s status remained in limbo for months. Bermudians cunningly took advantage of the standstill in negotiations, sneaking aboard at night to loot the luxurious liner. Used as shooting practice during WWII, the Cristobal Colon has since sunk, but a few of her pillaged pieces can still be found in homes across the island to this day. Photo courtesy of Gordon Payne Watts Jr.’s, “Shipwrecked.” 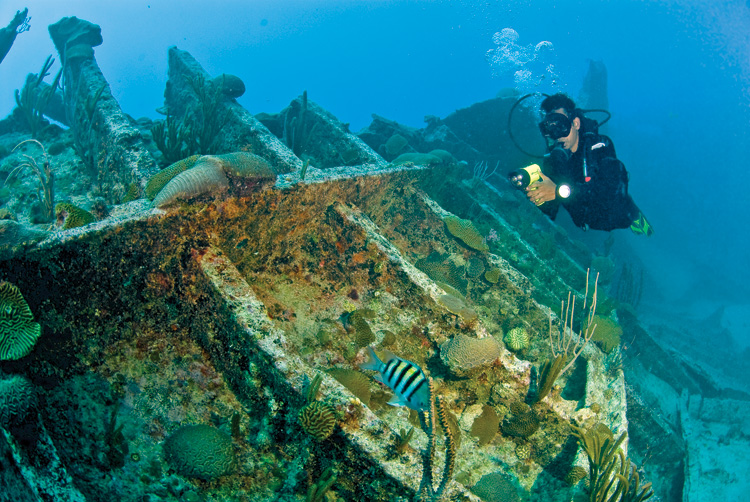 The Pelinaion
The Pelinaion had not intended to stop in Bermuda, but on a return voyage from West Africa to Baltimore, Captain Valikos decided to divert for fuel. Unbeknownst to him, the St. David’s lighthouse had been blacked out by the British during the war in an effort to prevent German espionage. Like many other ships at the time, the loss of this navigational beacon proved fatal. Although familiar with the waters, the Greek captain became disoriented without the light and ran aground off of Coopers Island in 1940. The wreck has since become a popular dive site due to her size and depth, with the bow and stern fractured in half and spanning a generous area of the seafloor. Photo courtesy of Bermuda 100. 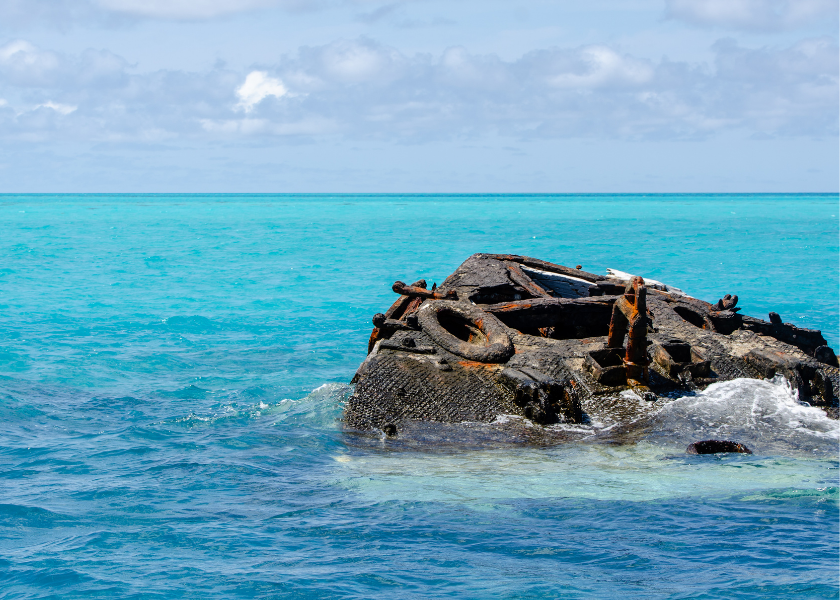 HMS Vixen
Easily recognisable with her protruding bow, the Vixen can be spotted off the coast of Daniel’s Head. Following sail trials in 1867, the ship was deemed unfit for open ocean travel and was towed to Bermuda. There, she was relegated to harbour defence, stand-by, and later housing quarters, before her eventual sale to a local merchant in 1896. Vixen was scuttled at the end of the nineteenth century to block the channel to Dockyard against potential intruders, where she has sat untouched ever since. The ship is now one of the island’s most popular snorkel spots, a trademark stop on most jet ski and boat tours for visitors.