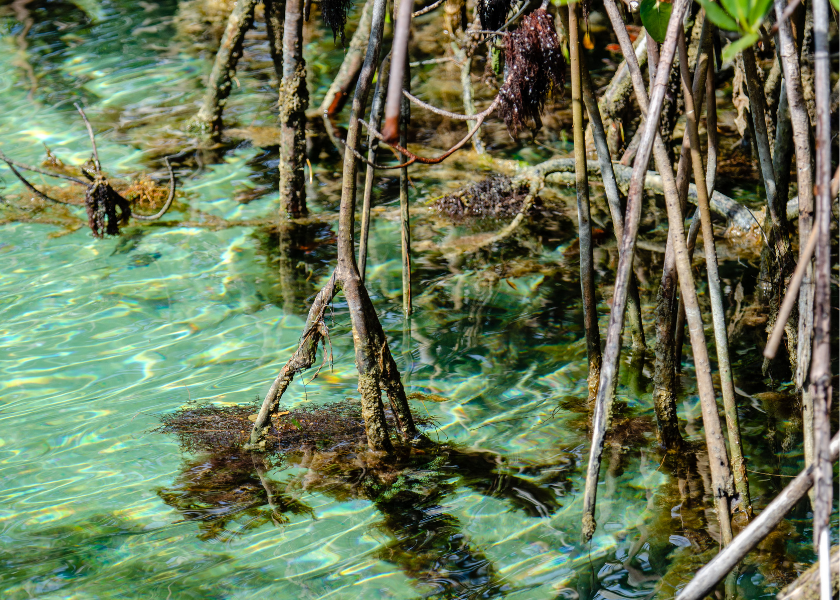 5 More Places In Bermuda You’ve Probably Never Been To, Even If You’re A Local

How many of these perhaps lesser known local attractions have you visited?

Admiral’s Cave, Hamilton Parish
This cave is so named because a British admiral was known to use troops to excavate and send cave formations back to the UK as souvenirs. Luckily, Bermudians are more conscious of cave conservation nowadays, but the name has stuck. Caves are very stable environments and can provide refuge for animals and plants once thought extinct. In addition, caves contain more endemic species than any other Bermudian habitat, thought these are mostly small marine invertebrates.

Admiral’s cave is large and spectacular, with intricate examples of speleothems. Visitors should be aware that the cave is accessible at your own risk, and at one part a rope has simply been hooked to the top of the slope to enable visitors to climb down. There are no set routes or paths to explore the cave, but the magical environment is well worth the effort.

U.S. Military Bunkers at Cooper’s Island
You’ve probably been to the brand new nature reserve, but have you really explored it? It’s rich in history as it was formerly a U.S. military base and later used by NASA. Being a restricted area for so long has let flora and fauna easily flourish here, but it also means the landscape holds many secrets. If you’ve walked around Cooper’s Island, you may not have noticed the various circular doors set back into the hills.

Of the bunkers, NASABermuda.com, a website created by Bermudians working at NASA, reports, “it was also rumored that nuclear torpedoes were kept there. In the event the Russians made an attack, the U.S. could retaliate from Bermuda.” The signs on the doors are ominous enough, and visitors can spend hours finding all of the hidden entrances.

Paget Island Lagoon
It’s time to get off the mainland! Only accessible by kayak, this beautiful lagoon is always flat and crystal clear. Peering down onto the silty bottom, paddlers may notice what look like cauliflowers on the sea floor. The lagoon is full of upside down jellyfish, which exist in a symbiotic relationship with zooxanthellae, like corals. The mangrove-fringed lagoon is an essential island habitat that sustains both marine and terrestrial creatures.

On such a busy island, visitors can find solace in the tiny, quiet lagoon. Various fish can be seen below the clear surface, and bright red crabs can be spotted clinging on to mangrove roots. There is only one entrance near the dock on the south side of Paget Island.

Craddock Road Ruin
Located next to the ruin of The Parsonage, Sandys, this impressive building is shrouded in mystery. Few historical documents exist about its true origins, but it was almost certainly built sometime in the 1800s. Some believe that it was a quarantine hospital for patients with yellow fever. After the Royal Navy left the Dockyard, the building became an abattoir and its floor is still littered ominously with bones.

The sprawling property is tucked away from the road, and visitors should use caution when traversing the buildings, many of which have rotting floors and no roofs. Traversing the treacherous terrain is well worth it; the historical buildings have been overtaken by vines creating a very beautiful ruin.

Hungry Bay Nature Reserve
You might have visited Spittle Pond, but that’s far from the only nature reserve on island. Hungry Bay houses Bermuda’s largest tidal mangrove swamp, and this area has been protected since 1983. Due to its position surrounded by private property, the reserve is often overlooked and seldom visited. The habitat is essential for the endangered land hermit crab and the giant land crab. Mangroves are also essential nurseries for small fish.

Visitors can kayak or wade through the intricate mangrove overhangs and waterways. The swamp is full of spiders, crabs, birds and small fish. The small island on the very edge of the bay has been used by scientists for data collection, and is the perfect spot to pause for a rest after your traversing.