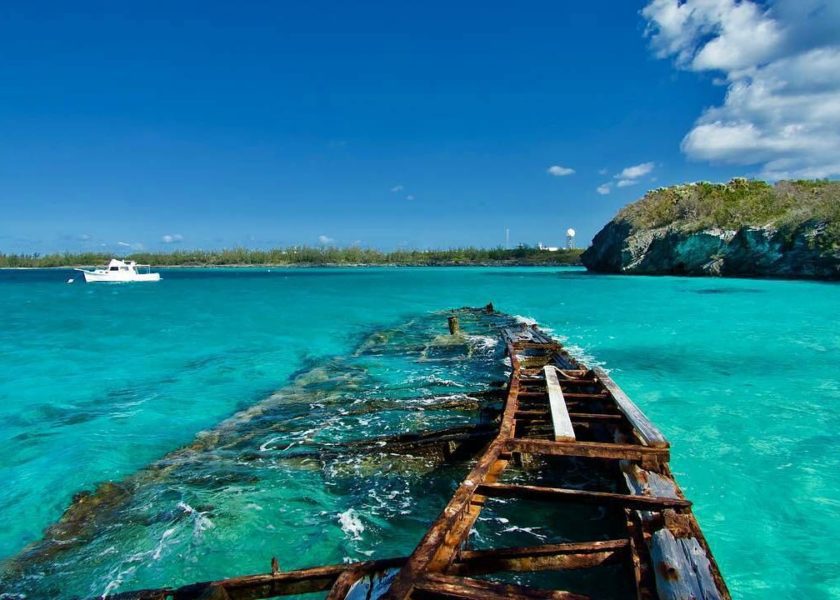 5 Places You’ve Probably Never Been to in Bermuda, Even If You Live Here

How many of these iconic local locations have you visited?

Silk Alley St. George’s
Sure, you’ve done all the essential spots in St. George’s, but have you really explored the town? This tiny street takes visitors on a journey surrounded by architectural and botanical Bermudian aesthetic. The snicket meanders around Stuart Hall, a building with a rich history, being rented by prominent individuals since 1700, and with archaeological digs revealing a gravesite with human remains from the 1600s. Now the vaulted cedar-beamed building houses Lili Bermuda, where visitors can learn about fragrances made from Bermuda’s flowers.

The alley meanders down, past Pilot Darrell’s house, one of the first houses to be owned by a black Bermudian. Crossing the main York Street, visitors can find a walled garden built into the side of the road. This shady patch abounds with ferns and deep green broad-leafed plants, the perfect place to take respite or to lunch. The Alley opens out onto Water Street, the bustling, picturesque main street of St. George for retailers.

Orange Valley Road Haunt
Generations of the Cox family have lived and died on the house on Orange Valley Road in Devonshire, and it is said to be one of the most haunted places on the island. The house was built in the 1800s by an ancestor of the Cox’s on the edge of a citrus grove, and today holds an enchanting charm, its history spoken in its maintained wooden window frames.

John Cox currently owns the house and conducts frequent tours of the property. The author of Bermuda’s Favourite Haunts, Cox frequently reports encounters with the paranormal realm occurring in his own house and elsewhere. At Orange Valley, he believes three ghosts are residing there, having seen full-body apparitions and heard snippets of conversations that can have no source but a paranormal one.

Southampton Railway Trails
Most locals have walked little bits of the railway trail, but few attempt to walk its longer stretches. Walking any part of the trail is a historical experience, traveling where Bermudians in the 30s and 40s also traveled before private automobiles were brought to the island. Today we can thank it for an abundance of nature trails off the main road.

In Southampton, a large unbroken stretch of railway trail exists that visitors can follow from Gibbs Hill Lighthouse all the way towards Evan’s Pond, or eastwards towards Warwick Pond. The secluded paths provide solace from the business of Bermuda, shaded by native plants and connected to various Bermuda landmarks worth visiting, including a preserved railway station at Riddell’s Bay.

Nonsuch Wreck and Reefs
Nonsuch is of huge ecological importance and is a living museum showcasing how Bermuda’s ecosystem would have looked to original settlers, unblemished by pollution and introduced species. Dr. David Wingate spent years cultivating the island, which in the past housed a hospital for yellow fever patients, acted as an outpost for deep-sea explorer William Bebe, and housed a school for delinquent boys.

The island is a restricted area, and thus visitors are prohibited. This allows important ecological work, such as conserving the once-thought-extinct Bermuda Petrel, to continue to take place. However, visitors can access the island’s surrounding waters by kayak and by snorkeling. The shipwreck on the north edge of the island is one of the only shipwrecks accessible to snorkelers rather than SCUBA divers and thus makes it a great place to explore. Snorkelers can free dive through openings the ship’s hull and find there an impressive range of reef fish.

Darrell’s Island
This Great Sound has experienced a rich aeronautical and military history since the 1800s. During the time of the Boer War, it was used as a prisoner of war camp and a quarantine station for contagious disease. During the Second World War, the island’s airbase was taken over by the Royal Air Force as it was an important naval station.

The since-abandoned airbase is now accessible to the public at their own risk. The now decrepit concrete building has room for various aircraft hangars, and adventurers will find it a delight to explore. Darrell’s Island is also a popular spot for camping in Bermuda and is filled with flat grassy areas on which to pitch a tent. The island also has plenty of coastline and reefs that are wonderful for fishing, swimming, and snorkeling.