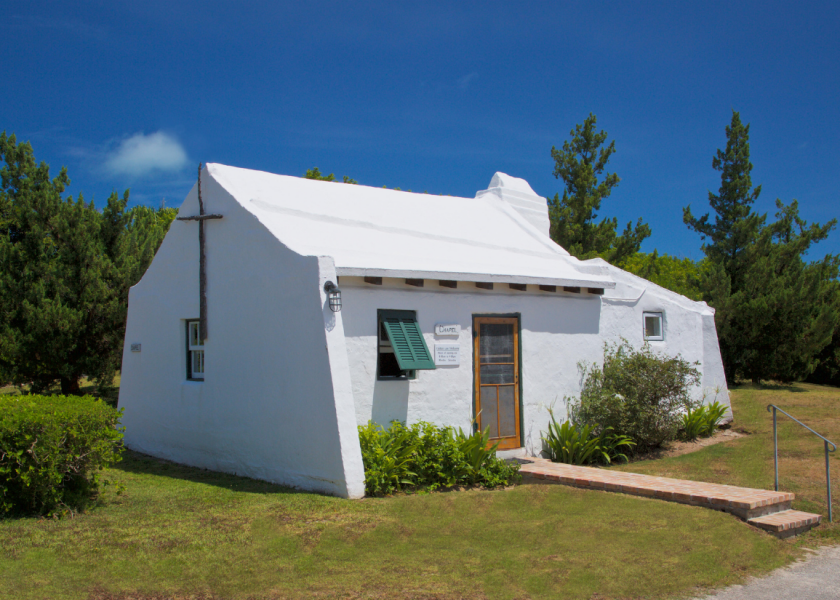 5 Places You’ve Probably Never Been to in Bermuda, Even if You’re a Local

How many of these iconic local locations have you visited?

At this time, Cooper’s Islands was closed to the public and fifteen ammunition storage bunkers were place within its grounds. After World War II was over, the U.S. military stopped occupying the Cooper’s Island base. It was subsequently used by NASA as a tracking station to gather data from spacecraft and satellites. In 1997, the tracking station become obsolete as technological advancement meant there was no use for an on the ground data collection point. In 2001, Cooper’s Island was given back to the Bermuda government and is now a beautiful beach and nature reserve.

As part of the occupation’s developments, several corrugated steel semi-circular bunkers were installed in the cliff sides. Some of these bunkers can still be seen today, and bear no trespassing signs. They were once used to store weaponry and ammunition, and are completely empty inside today. It’s interesting to explore the hidden entrances however, and if you have some time at Cooper’s Island, see if you can find all fifteen.

The remains of the NASA radar tracking building still stand and are now used as a wildlife observation tower at the point of Cooper’s Island. Here, you have a good vantage point of Nonsuch Island, where cahows may be seen at the right time of year. Other birds such as shearwaters can also be seen by the dedicated birdwatcher with binoculars. Looking into the ocean below, you can sometimes spot larger parrotfish, and on the horizon, even sometimes spot a whale. Inside the tower, there is various information on the important flora and fauna found around Cooper’s Island.

All you can see now are the ruins, little lumps of limestone that used to house a low fort, and the searchlight that was built on the flat area behind the fort. Just past the fort, the coastline goes on a little further and gives way to a deep bay, and the high cliffs of St. David’s head. Here you can see the rectangular doors of military bunkers that were built in to the cliff side. The landscape is noble and sweeping, and if you’re lucky you might see a passing ship or a pair of wheeling longtails.

Also known as “Examination Battery” during wartime, Great Head Battery was a fixed battery of rifled breech loader (RBL) artillery guns, built and manned by the British army. This battery was the first one designed specifically for rifled breech loaders, whereas other batteries and forts built prior were designed to be equipped with cannon. The two breech loader guns mounted in the battery were constructed in the UK and are the largest ever mounted in Bermuda. With a range of seven miles, they could easily stop enemy ships from coming any closer to the island.

During both world wars, St. David’s Battery was designated as the “examination battery” because an officer of the Royal Naval Examination Service was taken out to meet ships arriving off Bermuda. The ships were stopped under the watchful eyes of the gunners at St. David’s Head. The naval officer would then examine the vessel and documents before allowing it entrance into any of the harbours.

Today the battery is a memorial for those countrymen who served Bermuda during the wars both at home or abroad, and there is a Figurehead Memorial for those lost at sea. The fort offers magnificent views of St. George’s Harbour and Castle Harbour, and visitors can enjoy trails that wind around the park for miles (though wear good walking shoes; the terrain is hilly and uneven).