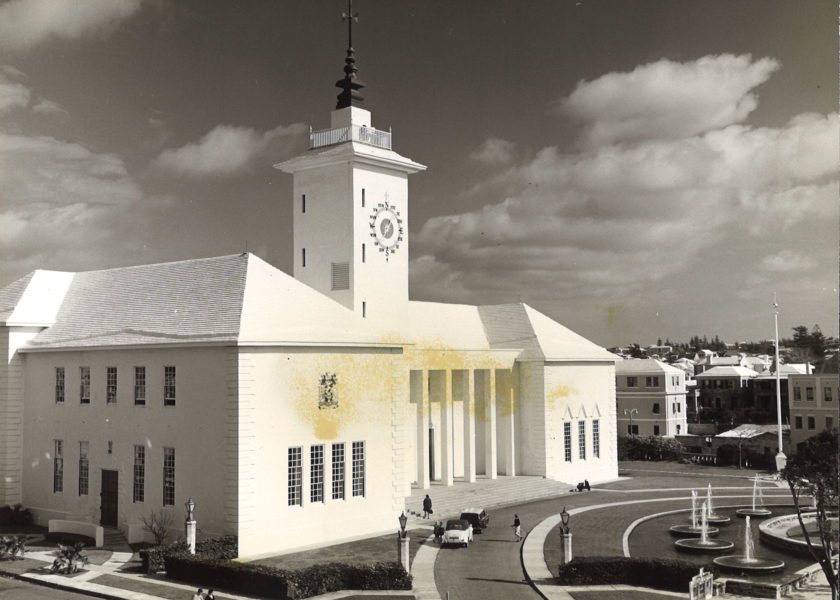 5 Things We Miss About Bermuda

Horse and Carriages
It was a simpler time when Hamilton’s Front Street was for the most part undeveloped. As a young kid, everyone used to love getting to pet the horses standing by the dock. It wasn’t like we ever got to actually ride in a horse drawn carriage – though we wanted to! The couples in white carriages pulled by handsome horses certainly added a quaintness to the slow-moving main city, but the horses always did look very hot waiting for customers on a sunny day. We’ll miss the horse drawn carriages, but the horses are probably much happier on shadier frontiers.

Devil’s Hole Aquarium
Though BAMZ is impressive with its conservation efforts and sheer volume of exhibits, Devil’s Hole was more mysterious and alluring, a natural sinkhole hidden behind Bermuda stone and concrete fronting. The aquarium closed in 2009 and has been open on and off since, but appears to be permanently closed now. It was one of Bermuda’s oldest tourist attractions, started by a businessman name Trott in 1813. The aquarium’s main attraction was its opportunity for you to feed the animals living below by throwing bait into the water from raised walkways.

The Fish at City Hall
The fountains at City Hall have almost been erased from memory – Hamilton is ever changing, and the front lawn of City Hall looks so good that we might be inclined to gloss over its era of fountains and ponds. However, there has to be some part of us that misses that little water feature in an area of town where you can’t see the ocean. No more generations of kids will get to stare into the water and search for koi, and fall in by accident.

Dorothy’s
A quiet, but hugely successful business, Dorothy’s in its time held the Best of Bermuda award for Best Burger for 18 years in a row. The tucked away Chancery Lane diner always had lines out the door, and everything, not just the burgers, seemed infinitely more tasty than any other food. Dorothy’s will be fondly remembered for its simple atmosphere and delicious food for years to come.

Ariel Sands
The original Ariel Sands resort closed its doors in 2008, and for many years remained a ghostown. For a while it housed Hub Culture, a pop up café and beach bar. The sea pools continue to be washed in and out by the Atlantic. However, earlier this year, the glamorous resort was given the green light for redevelopment with construction expected to be completed by 2025.