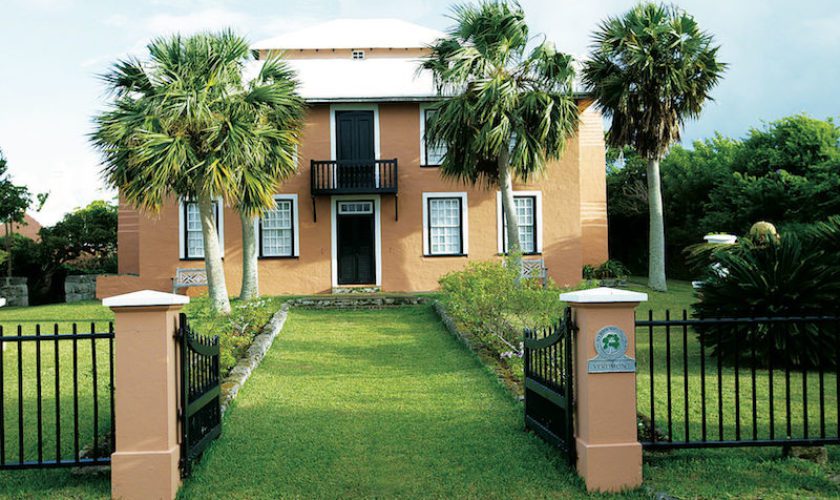 5 Things You Should Know about Verdmont Before You Visit

Located in Smith’s parish and owned and run by the Bermuda National Trust, Verdmont is a beautiful Georgian-style home built in the 1700s and operated as a museum. Fashioned in the same way it would have been 300-years ago, Verdmont gives its visitors a look into what life was like way back when in Bermuda. Here are 5 other things you should know about Verdmont before you visit.

1. Verdmont was built and maintained by enslaved persons for over 125 years – until the abolition of slavery in Bermuda in 1833. The house was first owned by John Dickinson who enslaved six individuals in the early 1700s. By the start of the 1800s, the number of enslaved persons living at Verdmont rose to 14. Due to the property’s history with slavery, it remains an important part of the African Diaspora Heritage Trail.

2. There is evidence that the property is haunted. In Bermuda’s Favourite Haunts, former resident of Verdmont Cottage, Richard Fell discusses several eery experiences he had whilst living on the property and in 1976 a New Jersey couple sent a photograph they had taken at Verdmont to the curator. They explained that they took the picture when no one else was in the room with them but when they received the developed film, there was a man in the photo, sitting at a desk. The curator recognized the man immediately as Spencer Joell, a former resident who had long since passed away.

3. There are many treasures housed at Verdmont which are available for the public to view, including cedar and mahogany furniture, English and Chinese porcelain itms, Georgian silver made in Bermuda, oil paintings and children’s furniture and toys. The cedar staircase is a wonder in and of itself as there aren’t many like it still around today.

4. In the 17th century, the land on which Verdmont was later built belonged to William Sayle who left Bermuda to become the first governor of South Carolina. John Dickinson who purchased the property and built Verdmont was a shipowner and was speaker of the House of Assembly from 1707 to 1710.

5. Verdmont tours are back! Locals and visitors to the island are encouraged to visit Verdmont for a guided tour. Tours can be modified to accommodate any interest, whether it be about the people who lived and worked in the historic house or the collection of antiques and architecture that make Verdmont unique. Verdmont is open to the public every Friday and every other Saturday for their Rediscover Verdmont Tour.

Verdmont is located at 6 Verdmont Lane, off Collector’s Hill in Smith’s Parish. To learn more about Verdmont, click here!