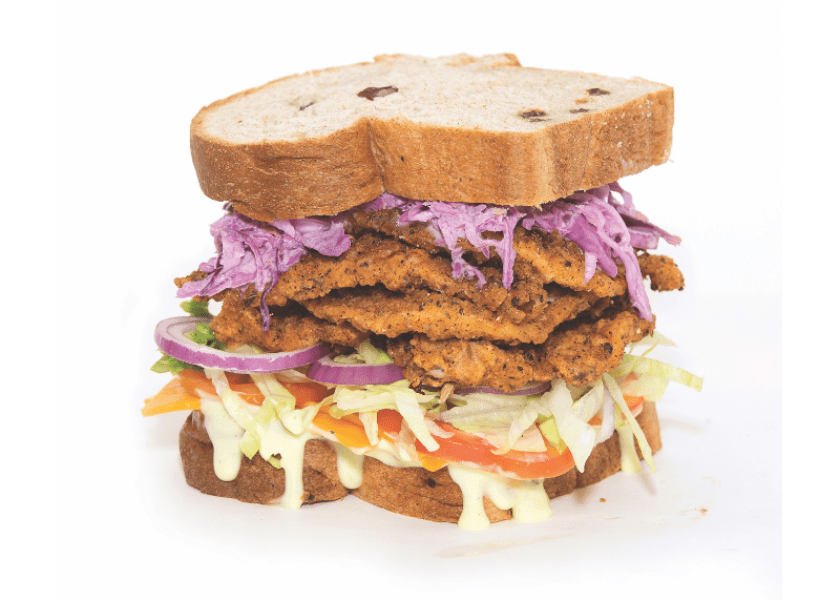 How do we love thee, Bermuda? Let us count the ways. These 6 edible reasons for loving Bermuda were taken from “37 Reasons to Love Bermuda” which featured in our Winter 2018 issue.

1. Bermuda Loquats by Elizabeth Jones
Bermudians so love their loquats it’s impossible to imagine what they did without them before Governor Reid introduced these fruit trees from China in 1850. Every late winter, early spring, pear-shaped yellow to orange fruits start to appear and children start to disappear, so enticed are they by the prospect of free luscious snacks. In fact, formerly a high-school teacher in Bermuda, this writer during a February nature walk once lost the entire male section of her class to the loquats and has never recovered from the trauma since. Even adults lose their sense of propriety when lured by these golden fruits. Never mind if they’re growing on someone else’s property—they’re there to be eaten, right? Spitting out the shiny brown seeds is also part of the pleasure. Besides, it helps nature along: the trees have no problem reseeding.

The more industrious of us pick loquats to make chutneys, jellies and jams, allowing us a year-round taste of their tart sweetness. Pickled with rock candy in rum for six months, they also make Bermuda Gold, an excellent liqueur. However, it has to be said the children are right. Nothing beats eating the loquat straight from the tree.

2. Cassava Pie
There is nothing more Bermudian than cassava pie at Christmas. This unusual dish—a sweet, spicy cake with a filling of either chicken or pork—is as essential to a local Christmas dinner as the turkey itself. This unique dish dates back to the early 1600s and has since become a quintessential Bermudian tradition.

3. Codfish Breakfast
Another tradition that originated with the early settlers is the ever-popular codfish breakfast. Whether you like your salted cod with bananas and melted butter, tomato sauce and potatoes or hard-boiled eggs, this meal is as unique as any Bermudian custom.

4. Lobster Season by W.C. Stevenson
For the luddites among us who still have a calendar hanging in the kitchen, there’s a big red circle around September 1st—the magical first day of lobster season. After five long months of waiting, Bermudians take to the reefs in droves to snag a succulent spiny lobster. For some it’s an atavistic exercise in hunting expertise. For others, it’s a humble reminder that you wouldn’t be much good as a castaway on a desert island. Of course not everyone wants to go searching holes in a reef to find their dinner. Far easier to just buy one on the side of the road or at the grocery store.

Down here we simply call them “bugs,” but due to its difference from the archetypal Maine lobster, the spiny lobster is also called a “rock lobster” by some—like the B-52s for example. Fun fact: John Lennon credits that B-52’s song with reigniting his career post-Beatles. He was on holiday here in Bermuda with his beloved Yoko when he first heard the song.

“I was at a dance club one night in Bermuda,” he told Rolling Stone in 1980. “Upstairs, they were playing disco, and downstairs I suddenly heard ‘Rock Lobster’ by the B-52s for the first time. It sounds just like Yoko’s music, so I said to meself, ‘It’s time to get out the old ax and wake the wife up!’” OK, OK, back to the subject at hand.

How you cook up your lobster is completely up to you, but I recommend listening to celebrity chef Marcus Samuelsson, who prefers a less traditional approach.

“I think curry and thermidor is an excellent start,” he says, “But then I think what you should be doing is thinking about the next day. First of all, the shell, don’t throw them out. Take that curry sauce, bring the shells to a boil, strain it and then you have a great curry lobster soup for the next day

6. We Add Rum to Soup by W.C. Stevenson
According to legend, Bermuda’s fish chowder was first born on the beaches of St. George’s in giant pots simmering above a fire. With such little farming in Bermuda’s early days, locals gathered round and tossed their own contributions into the stew as they sat and chatted about the day’s events. It’s a rather quaint and provincial origin. Milk was prone to spoiling, so meat stock was used instead. Basic root vegetables were tossed in—nobody was growing anything fancy in those days. Mix in some sherry peppers and fish, and you’ve got the origins of a national dish. No word on whether anyone was dumping rum into those giant pots, but if they weren’t, it surely didn’t take very long until someone tried it on their own.

The Perfect Fish Chowder Starts with Four Simple Ingredients
1. Fish. It’s widely agreed upon that the heads of rockfish are the best, but they’re not easily come by. In lieu, tuna, porgy or snapper are good substitutes.

2. Water. The biggest key to Bermudian fish chowder is the consistency is essential. It shouldn’t stick in your stomach. Fish chowder is meant to be light—an appetizer, not an entree.

4. Time. The best fish chowder takes a long time to make. Two days to be exact.

Once your chowder is ready to serve, add as much rum and sherry pepper as your heart desires.