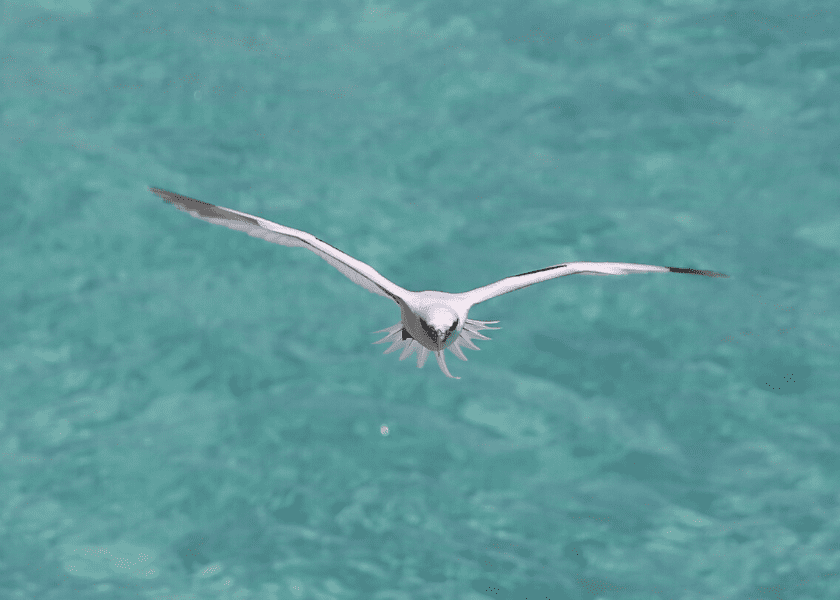 How do we love thee, Bermuda? Let us count the ways.

1. Bermuda Nights
While Bermuda has long been praised for the vibrant brilliance of its daytime colours, it also has nighttime charms with special sound effects. Nightlife starts with the sunset, often a dramatic affair when the sun sinks fast, painting the sea and towering clouds in a blaze of splendour. Then the blue of sea and sky darkens, and the greens of Spanish bayonet, palmetto and palm shrink into spiky and fringed outlines, transporting us into a world of silhouette. Our smaller islands and rocky outcrops rise out of the water, taking on mysterious, shadowy shapes. One star appears in the darkening blue, then another and another until the unpolluted sky becomes a studded atlas for stargazers to follow. From time to time, the lights of planes and satellites float their way through the stars. On moonlit nights, Earth’s satellite slowly rises, bathing the earth in soft white light.

Sunset over, the birds fall quiet. But with the first star comes the insistent chirp of the first whistling tree frog. As the stars increase, so do the tree frogs, filling the air with their soprano chorus. No wonder many Bermudian children never forget the story their mothers told them: “You cannot see the tree frogs at night but their song is the sound of the stars twinkling.”

2. North Shore Versus South Shore
One huge advantage to living in Bermuda is we’re never more than a ten-minute walk away from a view of the ocean. Curving into harbours and beaches, jutting in and out of promontories and inlets, our coastline is pleasingly varied. But our longest stretches, the north shore and the south shore, typify the contrasts in our shorelines, each having its individual character and its loyal supporters. On the north shore the reef is further out, offering more protection. The water tends to be calmer and more glitteringly turquoise though on windy days white horses race in. Lovers of the north shore say the view is more active altogether because of more frequent boating activity and because of the cruise ships gliding past on their way to or from Dockyard. It’s also more panoramic, so that at certain points you can see both Dockyard and St. George’s. True, numerous pastel houses and small businesses make the north shore more urban in character, particularly as there are fewer beaches. But they also make it more intimately in touch with locals who dive or drop fishing lines from the rocky shore or potter with boats on the docks. The north shore is more intimate, too, with Bermuda’s history. The Railway Trail follows the coastline, reminding us of the days when the train rattled over bridges and trestles, and before that, when shipwrights let ring their caulking mallets on the boat slips dotted on this side of Bermuda.

The South Shore National Park, on the other hand, is loved for its chain of mostly undeveloped beaches, whose sands consist of a trillion tiny skeletons, including those of foraminifer, tiny one-celled red animals tinging our beaches with pink. Here the coast takes the form of a jagged line of Aeolian limestone cliffs, home to our longtails, pelagic birds swooping in and out of the shoreline during their courting and nesting months. Here, too, the brown-crusted reefs surrounding us are more visible so that their dark shadowy underwater shapes contrast with the medley of blues characteristic of the south shore – sometimes the sea is sapphire and diamonds, sometimes more turquoise and emerald, sometimes all four at once. On calm, balmy days, the waves softly hiss but when storms approach their deep, rumbling roar is our first warning. The sea is no less beautiful for that: the waves pound furiously in, crashing on the reef in a frenzy of dazzling, white foam. It’s not surprising, then, Bermudians living abroad agree the thing they miss most is the sea, in all its colours and moods.

3. Bermuda Cedar
Take any piece of Juniperus bermudiana, even one that has been immersed in water for thousands of years, inhale its woody cedar fragrance and experience an essence of Bermuda we’d hate to do without. For centuries the Bermuda cedar played a huge part in our history. It was the tree of choice for hanging the church bell. Its berries were fermented to make alcohol. But most importantly, its wood was used to craft our first houses, our forts, and during the age of sail, our sloops and schooners, renowned for their speed, nimbleness and durability. Indeed, such was the demand for our cedar, by the 1680s the forests were almost entirely decimated. Bermudians then began to reserve land for woodland, planting cedars instead of tobacco, while at the same time passing conservation laws to prevent the destruction of young trees. Owning cedars was a sign of financial success, as John Crevecoeur pointed out when he visited in 1784: “The cultivation of red cedar is their principal interest and their great wealth. A girl’s fortune is counted by the number of cedars – that of my hostess had been two thousand, seven hundred.” By the eighteenth century, houses were made of stone but cedar was still used for window frames, doors and shutters. It was also used by skilled cabinet makers to create furniture of all kinds though perhaps the most iconic is the Bermuda cedar chest useful for storing linens and clothes. Many Bermudian families own cedar chests passed down to them through the generations.

When steam took over from sail and tourism developed, so did the demand for locally handmade cedar mementos – friendship goblets, for instance, jewellery boxes, canes, bookends and bag handles. Â During the 1940s our trees were once again threatened by a cedar blight which decimated some 99 percent of them over the course of ten years. However, replanting cedars resistant to the scale has proved successful. Our cedars are coming back. Today, cedar furniture is not as fashionable as it once was but heirlooms are still cherished, while cedar items held in our museums, government buildings and churches are treasured for their artistry and historic significance. Cedar plaques and gifts continue to be popular. Woodworkers still prize the wood for its red colour, fragrance and grain, particularly the scarce “bird’s eye” grain, beloved by sculptors. But, perhaps as our ancestors did before us, we love our cedars most of all for their dusky beauty and for the shade they give us from the heat of the sun.

4. Easter Lilies
One of the finest flowering plants ever to be introduced to Bermuda is the Easter lily. Each spring, the blooms are admired by visitors and enjoyed by locals for their sweet scent and beautiful appearance. Even Her Majesty the Queen receives a bouquet of Easter lilies from Bermuda each year. This sweet element of the island’s culture has become as beloved as Easter itself.

5. Longtails
Known as “Bermuda’s traditional harbingers of spring” Longtails are representative of Bermuda and all its natural beauty.

Longtails:
1. Return to the island each year in late February or early March to breed, and usually lay their eggs in April
2. Perform an elaborate aerial courtship, with the male and female birds flying together and touching their tails
3. Have a nesting population of 2,000â€“3,000 breeding birds in Bermuda, believed to be the largest in the Atlantic, making it vitally important for the survival of the species
4. Lay only one egg per nesting
5. Return to the same site year after year, with each bird always reuniting with the same mate

6. The Bermudian
Part of the Iris family, Bermuda’s national flower, The Bermudiana has a small, very distinct purple flower with a bright yellow centre. Endemic to our island, the Bermudiana is said have emerged from the ashes of Sally Bassett, an enslaved woman who was burned at the stake for allegedly trying to poison her enslavers. Sally Bassett declared that there would be a clear sign after her death that she was innocent and we are reminded of her each time our national flower blooms in springtime.