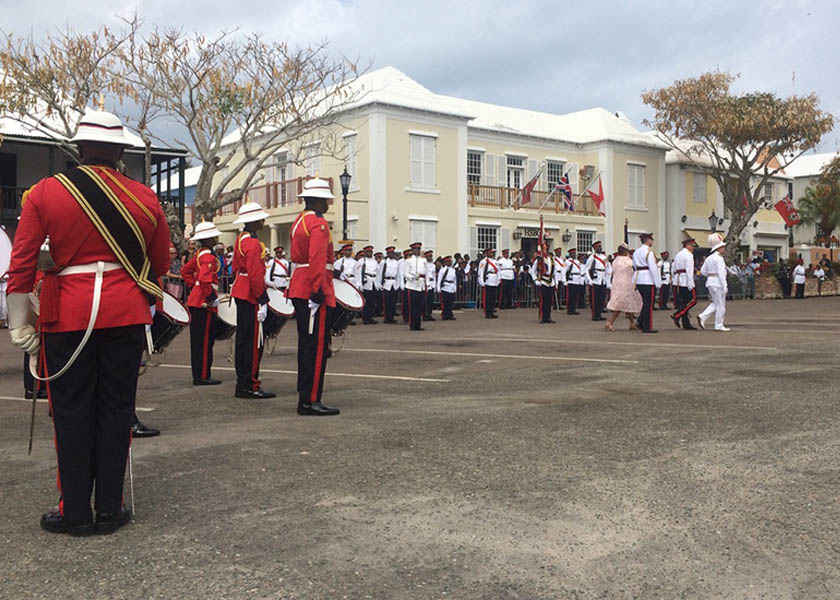 In 1816, the capital of Bermuda was moved from St. George to Hamilton. When the old state house fell in to disuse, the governor at the time let the Freemasons use the building in exchange for the rent of one peppercorn. Every year in April, this event is celebrated in St. George, and is followed by a garden party. Here are six things that you would have seen at yesterday’s ceremony had you been there.

1. The Mayor of St. George Telling the Freemason’s Treasurer that he would Suffer “Punishments and Penalties” Upon Failure to Produce the Peppercorn Rent.
The peppercorn ceremony seems like a lot of pomp and pageantry just for the payment of a purely symbolic rent – but we love it! The command by the mayor of St. George for the members of the Freemasons Lodge to produce the rent, complete with threat of punishment, is a request that will never go unfulfilled.

2. The Premier and First Lady Unaware that the Standing Crowd was Upstanding Out of Respect for Them.
After Premier David Burt acknowledged the Bermuda Regiment, and the beautiful first lady accepted her bouquet, the couple stood in front of their handsome wooden chairs, the best seats in the house. Looking around for a moment at those standing behind them, they let out an ‘oh’ and, giggling, sat, realizing that the upstanding crowd was waiting for them. 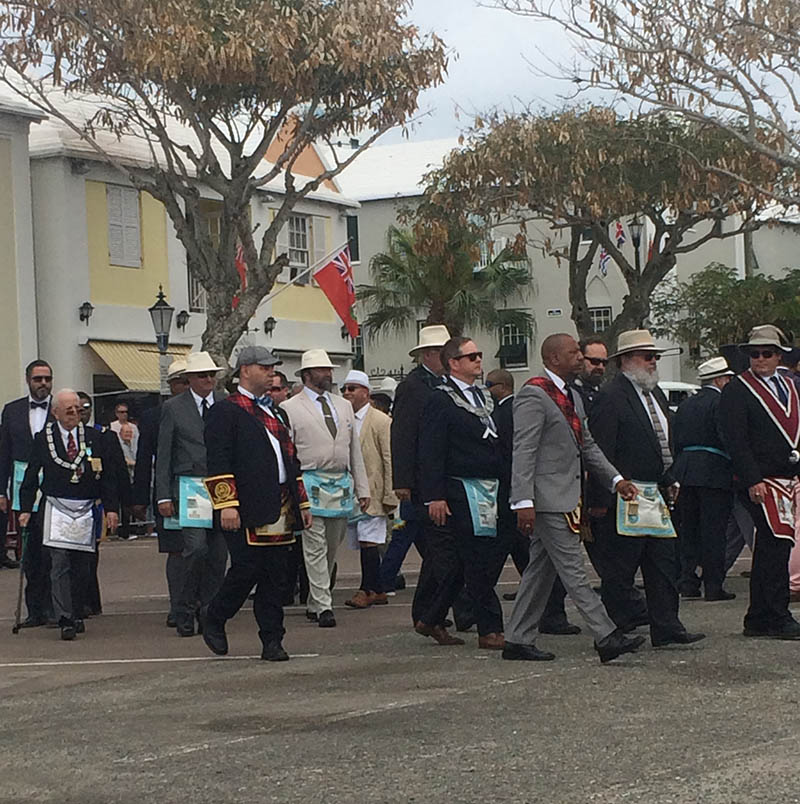 3. The Caring Side of the Bermuda Regiment.
Every year there is a risk for any of the participants of the ceremony that the heat may get to them and they may faint. From the members of the Council of St. George in tophats and tails for the men, or formal dress for women, or the freemasons in their tailored suits and decorations, to the members of the Regiment in beautiful white or red coats. This year, one of the regiment’s drum players was unlucky in this regard, but was caught by his commanding officer before he fell to the ground. He was given water and first aid by other regiment officers, and returned later to play music.

4. The Political Aspects of the Mayor’s Speech.
Amid discussions by the government to rework the way municipality councils are assembled, the Mayor of St. George delivered a respectful speech with a political element – remarking that this may be the last Peppercorn Ceremony that the Town of St. George sees with elected, rather than appointed, council members. 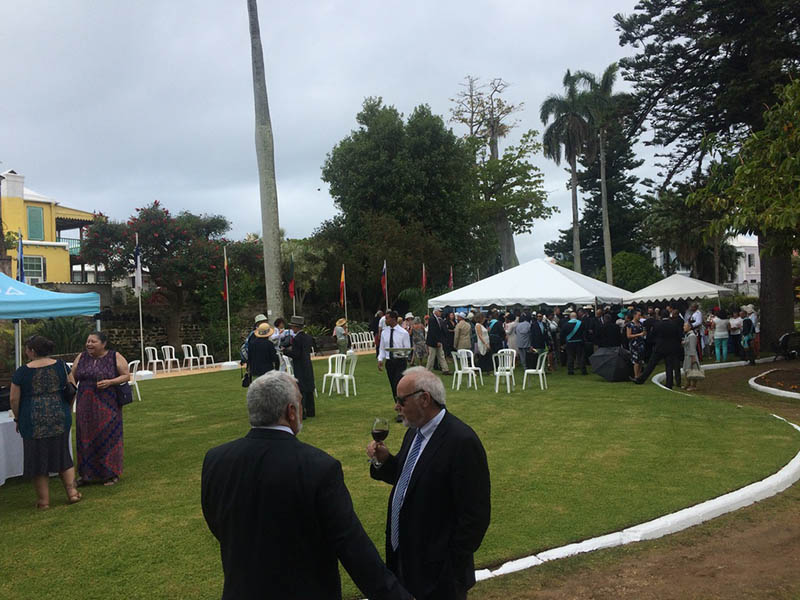 5. Torrential Downpour at the Garden Party.
Though the weather mostly held during the ceremony, torrential rain came down upon the afternoon luncheon at Somers Gardens. Invited guests were able to become very closely acquainted with each other as they huddled beneath the few food tents erected to provide shelter from the elements.

6. The Hats!
No Peppercorn Ceremony would be complete without the ornate wisps and feathers that most of the women and some of the men wear – from askew on the head sun visors, to the governor’s own ostrich feathers.