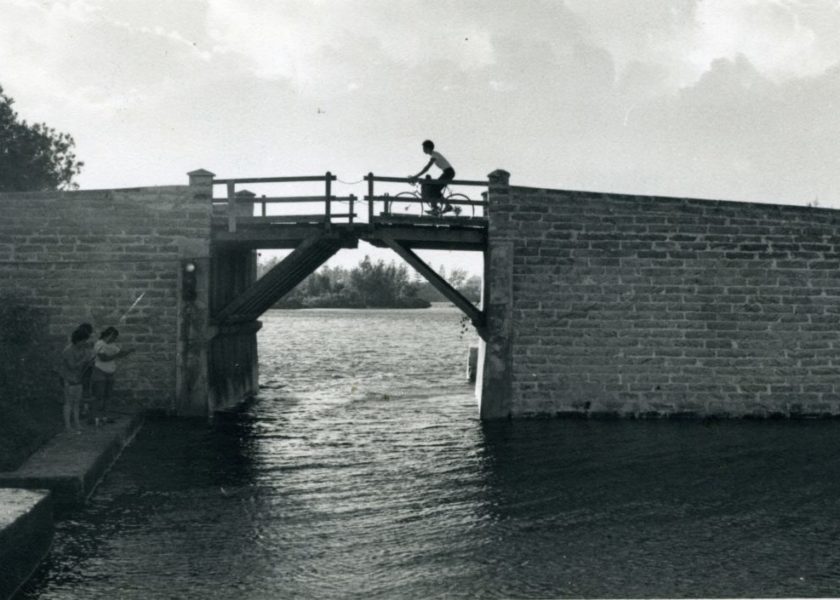 Often overlooked as a destination to merely pass by on the way to Dockyard, Somerset Village gloats a rustic charm and neighbourly camaraderie that encapsulates Bermuda in its most authentically cherished ways. It is also the home to many prominent characters in Bermuda’s steeped history. Here are 7 little known facts about this west end village that you might not already know.

1. Nestled behind the main road of Somerset Village and away from its happenings, rests Somersets secret garden, the Gilbert Nature Reserve. The site comprising of five acres of beautifully preserved woodland, features an abundant display of Bermuda Cedars, and walking paths that connect to the wider Railway Trail. Driving up country into the western end of the island, you might just miss the entrance if you don’t know where to find it. Access is gained through Springfield, a historic plantation from the 1740s. Both sights are preserved and maintained by the National Trust and are open free to the public.

2. The quaint scenery of Mangrove Bay once achieved international stardom when it dazzled on screen in American romance comedy film, ‘That Touch of Mink’ in 1962. A few scenes of the movie showcase Mangrove Bay and the Great Sound when the cast starring, Cary Grant and Doris Day, take two trips to Bermuda. It grossed a whopping $17.6 million at the box office and perhaps our islands supporting role in the visual aesthetics contributed a little to that success.

3. One of the few modes of transport used by villagers in the early 1930s was a horse-drawn bus named the ‘Somerset Express’. Unfortunately, there seemed to be nothing ‘express’ about it as it took five hours to transport its passengers and cargo from Somerset to Hamilton. Today, west-end residents are spoiled with choice on how they choose to travel into the city. Whether it be a commute in your private vehicle, a refreshing ride on your scooter, a trip on the bus, or a relaxing ferry ride across the harbour, we guarantee it will be more than four hours faster than the Somerset Express!

4. When comedy began growing in popularity on island in the 1920s thanks to the founding of the ‘Harem Scarem’, audiences scrambled to the city’s opera houses for tickets. However, it did not take long for Somerset to join in on the humorous revue that would later fill makeshift west-end theatres. Sandys Little Theatre held their first production, ‘Viewpoints’, at Sandys Grammar School (now Somerset Primary). The cast included many Somerset residents including celebrated architect, Wil Onions, who collectively became labelled as ‘That Somerset Lot’. Unfortunately, there are no recordings of the show but if you were in the audience you could expect a night filled with political satire and good old fashioned Bermudian antics.

5. The suffragette movement in Bermuda was largely led by Somerset resident, Gladys Misick Morrell. Her valiant efforts appointed her leader of the Bermuda Women Suffrage Society, founded in 1923, where she actively protested on behalf of all women for the right to vote. Mrs. Morell developed the slogan, “The Three S’s: Somerset Solid for Suffrage,” and even took Sandys Parish vestry to court for disregarding her vote in a parish election. It was not until 1944 that women finally received the right to vote in Bermuda.

6. If you lived on Cambridge Road in Somerset in the late 90s and early 2000s, chances are your neighbour was none other than late, David Bowie. The rustic charms of Somerset attracted the iconic musician and his wife, Iman, to rent a large ocean view estate named, ‘Seaview’. The home boasted its own studio where most tracks of Bowies album, ‘Hours’, were recorded. When asked about his time residing in Somerset, he once recalled it as, “quiet, respectful, a dreamscape atmosphere.”

7. Once a year, Mangrove Bay is the destination for the island’s largest raft-up where everyone is invited. On the Sunday of Cup Match weekend, the bays tranquil blue waters are lined with a frenzy of boats trying to snag the perfect place to drop anchor for an indulging day in the sun with a rum swizzle in hand. In previous years, the most sought out place to be was near land, for a front row seat of ‘The Non-Mariners Race’. The aim of the race was to craft a “non” seaworthy vessel out of any material you could find – the more obscure the better, and whoever’s creation sunk first was declared the winner. Sadly, the main event was cancelled in 2018 by its organisers but this did not stop the crowds, as locals flock to the bay every year without fail for the ultimate Bermudian party.