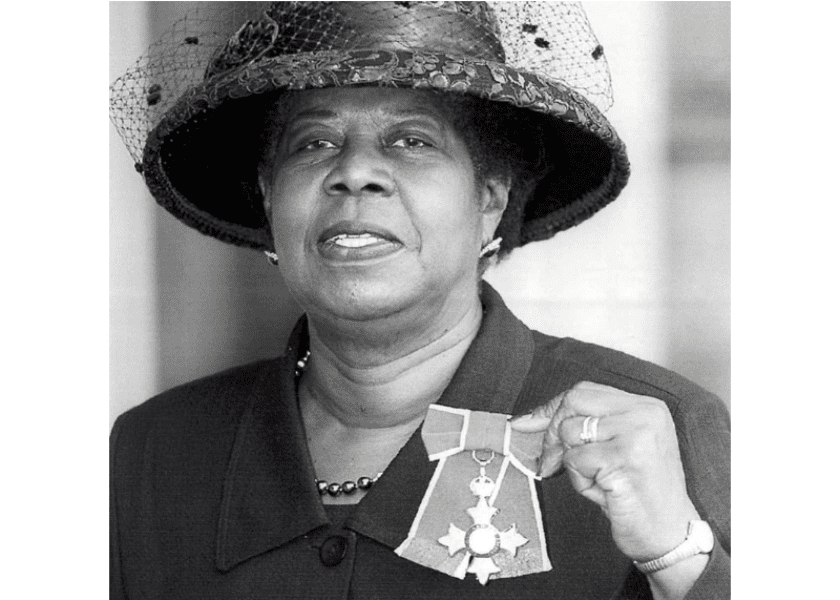 7 Reasons Why Dame Lois Browne-Evans was a Trailblazer

Born on June 1, 1927, Dame Lois Browne-Evans was a lawyer and a political figure in Bermuda for most of her life. Progressive and determined, she was a woman of many firsts who consistently challenged the status quo. At the time of her death in 2007, former Premier Paula Cox said, “She had the soul of Bermuda at her fingertips.” Here are 7 reasons why Dame Lois Browne-Evans was an unstoppable force.

1. In 1953 she became Bermuda’s first female lawyer. “It was supposed to be an historic occasion,” she said in 1980. “You should look at the newspapers around in those days. They were making me so nervous as though I had done some freak thing – something which was being taken for granted all over the rest of the world.”

2. Dame Lois Browne-Evans met her husband John Evans, a Trinidadian in London and the two married in 1958 before having three children. Browne-Evans hyphenated her maiden and married names because the “B” for Browne put her at the top of the poll paper, therefore getting her noticed first.

3. Although a lawyer herself, Browne-Evans believed the law to be stuffy and that it should be communicated in a way that every person can comprehend it. She said in 1980: “The law should be made more meaningful so the common man can understand it. There are too many provisos. You don’t know where you are. Mystique still surrounds it.”

4. Dame Lois first entered politics in 1963, the same year the PLP was formed. She stood for Devonshire North and won her seat, making her Bermuda’s first black female Parliamentarian. Dame Lois retained her seat in every subsequent general election until her resignation in 2003.

5. In the 1968 general election, then leader of the PLP, Walter Robinson lost his seat and Dame Lois Browne-Evans became the first female Opposition Leader, not just in Bermuda but the entire British Commonwealth. Her success was followed by Eugenia Charles (later the Premier of Dominica) and then Margaret Thatcher, who went on to become Britain’s Prime Minister.

7. In 1998, the PLP won their first general election and eight months later, Browne-Evans was appointed a Dame of the British Empire, the female equivalent of a knighthood.

Dame Lois Browne-Evans died on May 29, 2007, three days before her 80th birthday. The day of her funeral (held at the Cathedral of the Most Holy Trinity) was a public holiday, giving everyone the opportunity to say their last farewell to the woman of many firsts. After her death, Dame Lois was named a National Hero.