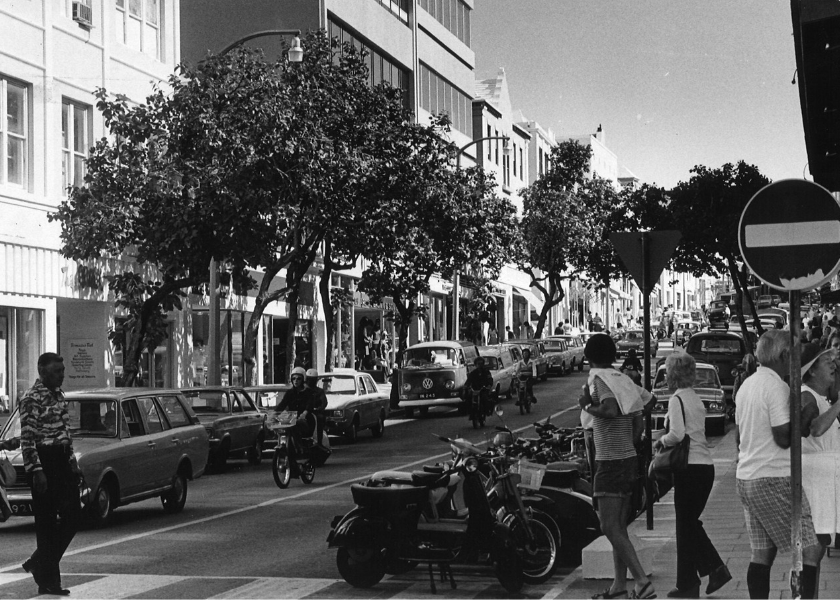 Being Bermudian isn’t all fun and games, sometimes there’s pain in paradise.

1. Sitting in Traffic from Paget Traffic Lights to East Broadway
Need we say more? Bermudian pains aren’t exclusive to just physical discomfort. You kind of feel your head melting away a little as you crawl along at a snail’s pace into Hamilton in the morning. And, if you’re not lucky enough to commute in a car, the heat is sweltering, because you can’t go fast enough on a bike to create your own breeze.

2. Trapped Bug in your Helmet
Bees and wasps are certainly something you don’t want to get stuck in a small space directly in front of your face. When you’re whipping along on your bike and they fly into your helmet, it’s bad news. But if it’s not the threat of stinging that causes you pain, it could be the frenzied desire to pull over and yank your helmet off that does it.

3. Sitting in Bermuda Grass
This sensation is akin to a thousand tiny paper cuts stinging your behind at the same time. We’ve all been there – at a picnic, or watching a sports game, and even with a blanket the grass still comes through like needles. Not all Bermuda grass is like this – but it seems like whenever you have to sit down, this kind is under you.

4. Hot Tarmac Under a Bare Foot
Walking on dark tarmac barefoot is like walking on fire-licked coals. Bermudian feet are generally pretty tough, due to our propensity for going barefoot on hard surfaces – but the heat just sears through even islander feet! If you ever find yourself walking on the road in bare feet, walk on the yellow line (if you’re able!) for a bit of relief.

5. Salt Water Stinging your Eyes
At the beach, open your eyes underwater at your own risk! The reason it hurts to get pool water in your eyes is because fresh water is being forced in to them via osmosis. The solutions in your body are generally pretty salty. But sea water hurts too, because even though it’s salty, it’s just not the same as the fluids our own body produces. It’s best to blink this pain away, if you flush it with fresh water it’ll do more harm than good.

6. Glass in Foot
Okay, okay, this isn’t a uniquely Bermudian sort of pain – but it seems like we have more broken glass around than normal. Especially on hard surfaces like docks or the roadside. We even get it on beaches, and, if the sea hasn’t blunted it, it’s particularly treacherous there.

7. Triggerfish Bite
Triggerfish are probably the only thing in Bermuda’s oceans that will really come up specifically just to bite you. The only other thing is the little nibble from a cow polly, but that’s almost polite. Triggerfish can make you bleed with their wicked little mouths.

8. Nostalgia
Bermuda seems to change so quickly, making Bermudians of almost any age susceptible to this kind of emotional pain. Whether you miss Trimingham’s, or Jack and Jills, Bermudian nostalgia can strike at any time.