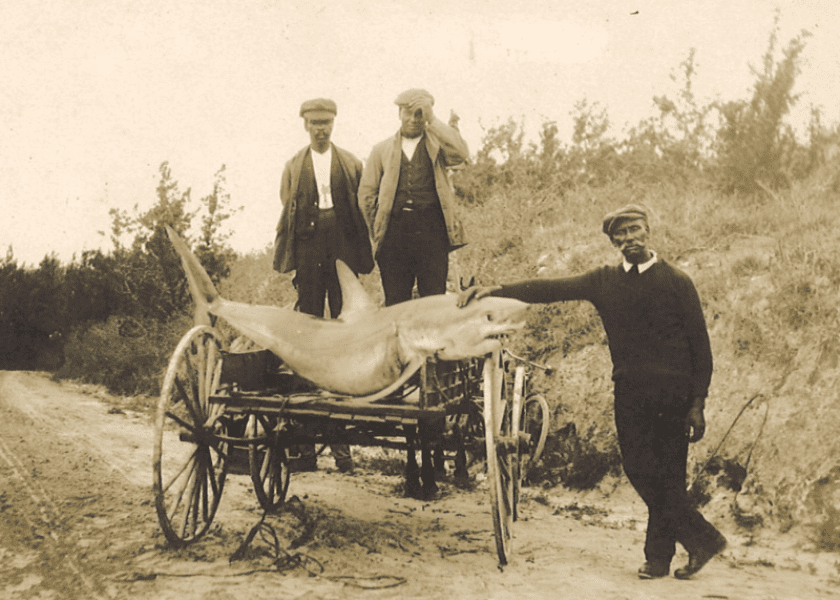 Perhaps some of the below facts aren’t that useful outside of a pub quiz but they’re fascinating nonetheless.

1. Lionfish Get Fatty Liver Disease from Eating So Much!
Most people know that lionfish are a threat to Bermuda’s reefs, but only some know the ecology behind this threat. In their native range, lionfish are opportunistic hunters, only catching prey very infrequently. As a result, they have evolved the ability to slow their metabolic processes in times when prey cannot be found. They can keep this up for up to 3 months, and only lose 10% of their body mass.

However, in non-native oceans they have no predators, and appear to catch much more prey than in their native range. Their stomachs can expand up to 30 times their usual size to accommodate a glut of prey, another adaptation facilitated by prey scarcity in its native range.

The lionfish are so voracious that many of them have developed fatty liver disease and obesity. Studies have shown that they eat 7.5 times their normal food intake in non-native ranges.

2. Bermuda Used to Have Wild Canaries
The canary was deliberately introduced to Madeira in the 1930s, and colonised Bermuda soon after. The canary was a sunny, tropical bird and a happy resident by all accounts, however, their numbers declined dramatically after the population of Bermuda cedars was decimated in the 1940s because they presumably relied on the trees heavily for food and nesting sites. The canary became extinct in Bermuda sometime in the 1960s.

3. Invasive Trees Help Herons to Nest
The brazil pepper tree, or Mexican pepper tree, is now a feature of Bermudian forests. The trees are native to South America and invasive in Bermuda’s terrestrial habitat. In 1950, it was imported as an ornamental garden plant.

The pepper tree is highly invasive, able to colonise many habitats and change them dramatically, comfortable in sandy, soggy, or salty conditions. The berries are eaten by birds, especially starlings, so the tree’s seeds germinate in many areas. The flowers are an important source of nectar for bees, because they emerge when few other plants are flowering, in September and October.

The trees do not grow straight up, instead they form dense tangles that sprawl along the ground. It is very difficult to walk through a forest of Mexican pepper because of their growing strategy. Now, Bermuda’s upland forests are impenetrable. However, this is advantageous to herons, who normally only nest very far away from people in remote locations. In Bermuda, there is nowhere far away from people, so the impenetrable thickets are the only space where herons can nest.

4. Bermuda Had Freshwater Eels
The American eel has a very strange life cycle. For many years the breeding location of the eels remained a mystery, and much of their ecology is still unknown. The smallest eel larvae were found by Johannes Schmidt in a series of expeditions he undertook off of Bermuda into the Sargasso Sea. These eels didn’t look much like eels at all, more like transparent leaves with an eel’s face. Previous studies had shown that the leaf-shaped larvae grew into glass eels over time.

After 7-12 months drifting in the Sargasso Sea, the eels grow and reach the coasts of America where they migrate upstream. Their bodies become pigmented and adapt to living in freshwater. Eels can even propel themselves over patches of dry grass, meaning they can colonise inland areas. After spending most of their lives in rivers, adult eels return to the sea to spawn once more. They turn silvery in order to disappear in the ocean, and their guts dissolve, making feeding impossible.

It seems that some eels came to maturity in Bermuda. Historically, “marsh eels” have been common in Pembroke marsh and Devonshire marsh, and some occupied Bermuda’s cave systems. Occasionally, larvae are washed into ponds like Spittal Pond and come to maturity there, however, the eel populations have declined dramatically the world over since the 1980s for unknown reasons. 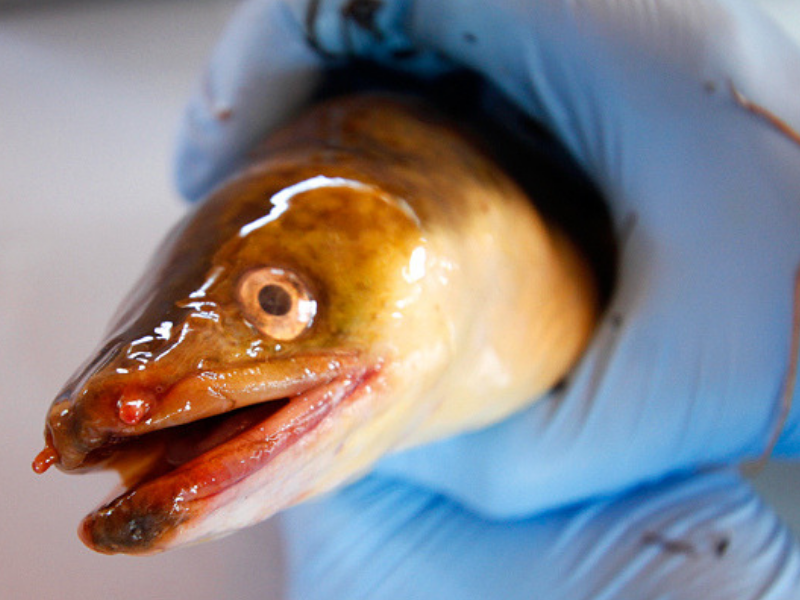 5. Bermuda Should Have More Sharks in Our Waters
Last year, sightings of a hammerhead shark in Bermuda shocked residents around the island. The Bermudian conducted an interview with Choy Aming of the Bermuda Shark Project to get his view on the shark, and he expressed that Bermuda should actually be seeing more sharks in-shore because many large predators are a sign of a healthy ecosystem.

The large predators regulate the ecosystem by picking off weak or diseased animals, and generally keeping prey item populations in check. When large predators are not present, it’s an indication that the ecosystem is out of balance. In particular, prey items big enough to attract sharks, such as grouper and tuna, have been overfished by humans. Aming says that it’s a myth that the reef line keeps sharks out; historical data reveals that people regularly caught sharks in places like Hamilton Harbour.

At present, Bermuda’s offshore waters are home to tiger sharks in the summer, but inshore very few sharks are present on our reefs.

6. Longtail Legs Don’t Work Well on Land
Bermuda is a very important nesting site for longtails, or white-tailed tropic birds. We are one of the only sites in the Atlantic where the birds come to nest, and we cater for about half of the nesting population of the entire North Atlantic subspecies.

We have introduced a plan to create artificial nesting burrows for the birds, and many of these have been set up in past years. Longtails begin to appear in Bermuda in February and March. After choosing a nest site, aerial courtship occurs in April, and an egg is laid between April and May.

Both parents sit on the egg and bring food back for the chick, which hatches in June or July. The parents abandon the chick in August or September, and it fledges. Outside of sitting on the egg and delivering food, the longtail never sets foot on land. As a result, their legs are almost vestigial – they are much more dextrous in the air than walking on land.

7. Terns Form Lesbian Mating Pairs in Bermuda
Terns used to nest in large numbers in Bermuda, we even named an island after their nesting concentrations there – redshank island, which was a local term for the tern. Now, very few breeding pairs remain, with just two being recorded last year.

Only one of these successfully raised chicks. The other was a pair of two female terns, whose mating instincts were so strong that they laid an unfertilized egg. Less male terns are returning to Bermuda, exposed to pelagic dangers such as oil spills and plastic pollution, as well as predation. It’s thought that in the absence of a male mate, female pairs will form.

In addition to an inability to find a mate, terns are also threatened by rats and wave action when nesting, because they nest on remote islands lying low to the water level. 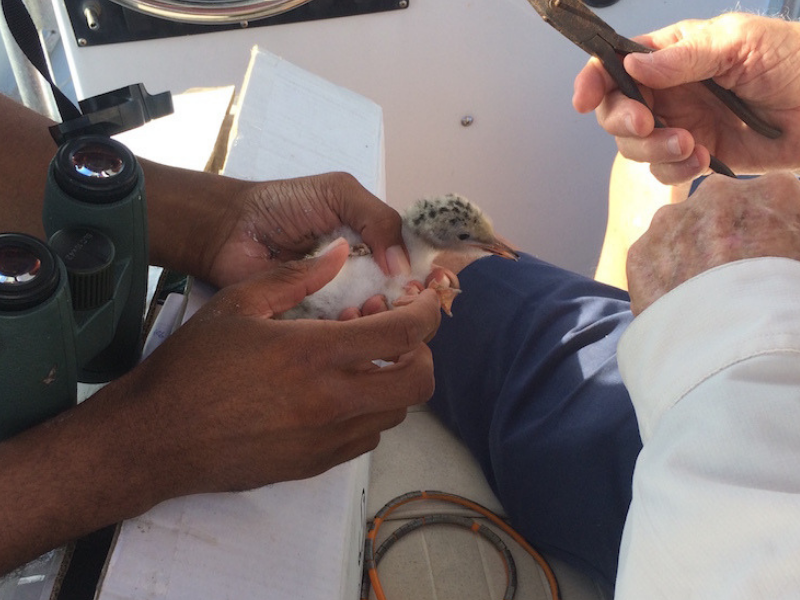 8. We Very Rarely See Hermit Crabs Anymore Because They Were Homeless
Bermuda’s hermit crab population was decimated in the past because they were closely tied to another species, the West-Indian top shell. The top shells were a very easy source of food for Bermudian colonists, and they became extirpated in Bermuda as a result.

Hermit crabs do not produce their own shell, like many other crustaceans. Instead, they use the discarded shell of a mollusc, and the top shell was the only marine snail large enough to house a hermit crab. When the top shells went, hermit crabs could use fossilised top-shells for a while, but eventually none were able to survive.

The top shells were reintroduced to Bermuda in 1982 with strict protection legislation, and have since spread from their Nonsuch Island reintroduction site throughout the island. Perhaps in time hermit crab numbers will also increase.