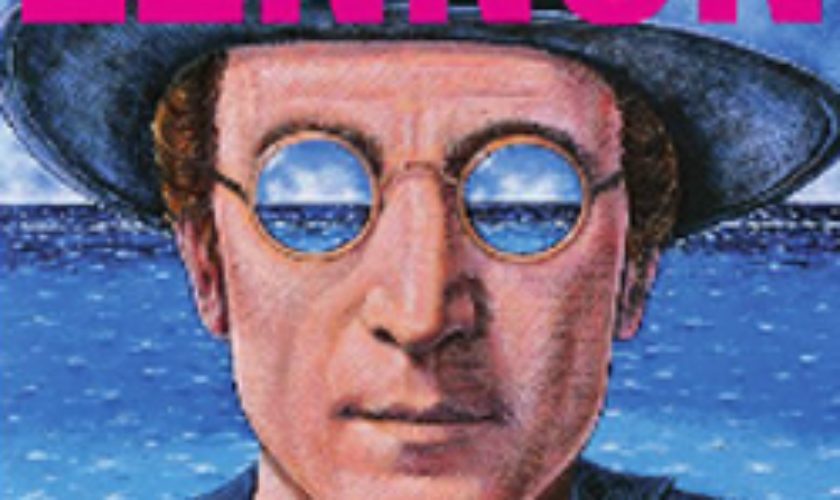 John Lennon’s Bermuda visit in the summer of 1980—just a few months before he was murdered—is detailed in a new book published by Freisenbruch-Brannon Media. Lennon Bermuda, written by reporter Scott Neil and illustrated by artist Graham Foster, chronicles the former Beatle’s idyllic two-month sojourn on the island, during which he wrote or completed numerous songs for what would be his final two albums, Double Fantasy and Milk & Honey.

Piecing together well-researched anecdotes along with comments Lennon himself made in radio and magazine interviews later that year, Neil portrays the summer visit as a creative rebirth for Lennon after a five-year hiatus from the music industry spent raising his son, Sean.

In Bermuda, Lennon generally stayed beneath the public radar; he went sailing, met an assortment of locals, shopped in Hamilton and explored historic and postcard-pretty settings that returned him to songwriting. Indeed, his comeback album’s title derives from an evocatively named freesia Lennon spotted during a walk through the Botanical Gardens in Paget.

Lennon was shot by a deranged fan in December that year, just three weeks after the release of Double Fantasy. The 120-page book, designed and edited by Brimstone Media, describes Lennon’s creative metamorphosis that year, beginning with his storm-wracked sailing voyage to Bermuda from Newport, Rhode Island, aboard the Megan Jaye, the 43-foot sloop he chartered and helped helm in the height of the high-seas crossing.

Neil then recounts Lennon’s mostly solitary island adventures between June 11 and July 29, which included learning to sail a Sunfish, exploring the graveyard at St. Peter’s Church, being fitted for a custom-made wool suit at the English Sports Shop and playing piano and guitar as he penned a new collection of songs at his waterfront rental home in Fairylands.

The book’s last chapters relate Lennon’s triumphant return to music-making at New York’s Hit Factory recording studio, the tragic events of December 8, as well as the 2012 celebration in Bermuda of Lennon’s island connection—a summer-long festival which included the release of the book, CDs, plus the staging of a concert and the unveiling of a Graham Foster statue in the gardens where he found his inspiration. Interestingly, Neil managed to track down related esoterica, including the current whereabouts of the yacht Megan Jaye and the saga of UK-Japan Fantasistas—devout Lennon followers who continue a worldwide quest to find or recreate the original Double Fantasy freesia.

Foster’s stylized cover portrait of Lennon together with his etching-like, black-and-white chapter plates, conjure the effect of a memoir or diary. The book, retailing for $30, also contains a message from Yoko Ono and rare colour photos of Lennon in Bermuda from her collection, along with others’ snapshots of him with then 4-year-old son, Sean. Also included are pictures of thank-you notes, complete with rough sketches, which Lennon scribbled to individuals he befriended and, according to accounts Neil gathered, planned to revisit on a future Bermuda holiday that never came about.

A beautifully packaged box set ($85) includes the book and a double CD with 32 tracks featuring major international and local artists (Yoko Ono, Nils Lofgren, Maxi Priest, Heather Nova, Judy Tsuke and others) who pay tribute to Lennon’s music—from the Beatles and solo years to his final Bermuda-inspired albums. Like the commemorative book, the double CD ($20) is also available separately.