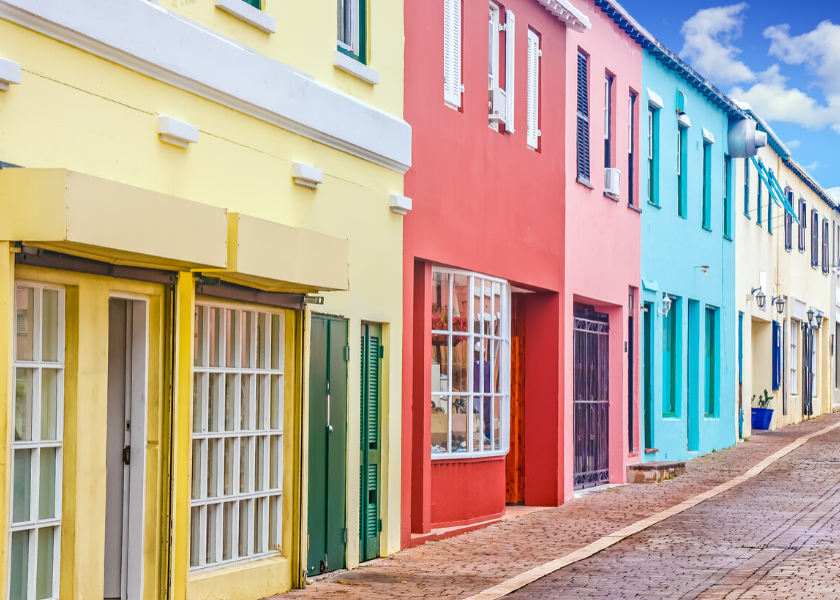 A day out in the Old Town doesn’t have to cost a fortune. Adhere to our suggestions and you’ll enjoy a full day of sightseeing (with a delicious lunch too!) for just $29.

Learn About Religious History at St. Peter’s Church – $2 donation
Bermuda’s oldest building, St. Peter’s Church, was built in 1612 by Bermuda’s first settlers looking for a place to worship. Then it was a simple wooden building with a thatched roof, which proved too insubstantial, and the building was rebuilt in stone in 1713. Everything in and around this church dates back centuries; the church’s chalice dates from 1625 and the church’s furniture is the among the oldest in Bermuda. Of course, with old churches come old graveyards, and St. Peter’s provides a resting place for many of Bermuda’s most famous individuals, including Pilot James Darrell, the first black Bermudian to own a home, and Midshipman Dale, the last American to die in the War of 1812.

Take On the Fish Sandwich at Mama Angie’s – $12 (plus tip!) and worth every bite
Mama Angie’s Coffee Shop has been around seemingly forever but if you’re not a St. George’s resident, you might not know where the popular restaurant is. Housed in a small cottage on York Street, between Yo Cherry and the Bermuda Heritage Museum, Mama Angie’s serves up local favourites including mussel pies, curried goat and their award-winning fish sandwiches. For just $12 you get a sandwich piled high with local fish and all the fixings but you have to call ahead – the chefs are very particular about the fish they purchase and if they don’t get the fish they want, they don’t make the sandwich.

Stand in the Stocks in St. George’s – Totally free!
Hear ye, hear ye! If your loved one has wandered off the straight and narrow, lock him (or her) in the wooden stocks in St. George’s Square. Though we joke about it now, that was the purpose of the stocks and pillory in long-ago Bermuda. Anyone committing a petty crime stood with his or her head, wrists and ankles between hinged planks of wood as a form of embarrassment and discouragement. Nowadays, you’ll find tourists playing with the stocks for fun, but rarely does a Bermudian over the age of 10 step in. Come on and give it a go—we’re certain your spouse can find a good reason to put you there!

Visit Fort St. Catherine
Located on the most northern tip of Bermuda, Fort St. Catherine stands along the shore overlooking the spot where the Sea Venture crashed upon Bermuda’s reefs in 1609. Built in 1614 by Bermuda’s first governor, Sir Richard Moore, the fort has been renovated numerous times; it was converted into a museum in 1950. A reminder of Bermuda’s seafaring days, Fort St. Catherine is only accessible via a drawbridge over a dry moat. Recently updated, the exhibits at Fort St. Catherine include the history of Bermuda and the fort itself; there’s even a replica of the crown jewels. Beware, though; sightings of the fort’s ghost, George, are neither rare nor uneventful.

See the Unfinished Church – Free!
The story of the Unfinished Church begins in 1874, when parishioners of St. Peter’s contemplated replacing their church, which had been severely damaged in a storm. But the churchgoers couldn’t reach a consensus about whether to replace or rebuild. From there, controversy and ill-fate plagued the grand church that could have been. In the end, they decided that St. Peter’s Church would remain the place of worship for the Church of England in St. George’s, thus leaving the Unfinished Church, well…simply unfinished. Today, the Bermuda National Trust owns and maintains the controversial cathedral; it was officially named a World Heritage Site, insuring that the ruin remains unfinished forever.

End the Day with Fish Chowder at Wahoo’s – the best $8 (plus tip!) you’ll ever spend
Bermudians know fish chowder and it’s a testament to how good Chef Alfred Konrad’s fish chowder is that locals will travel from across the island to get it. At the end of a long day of sightseeing, treat yourself to a bowl of the good stuff, complete with a healthy pour of Gosling’s Black Seal and Outerbridge’s Sherry Peppers.